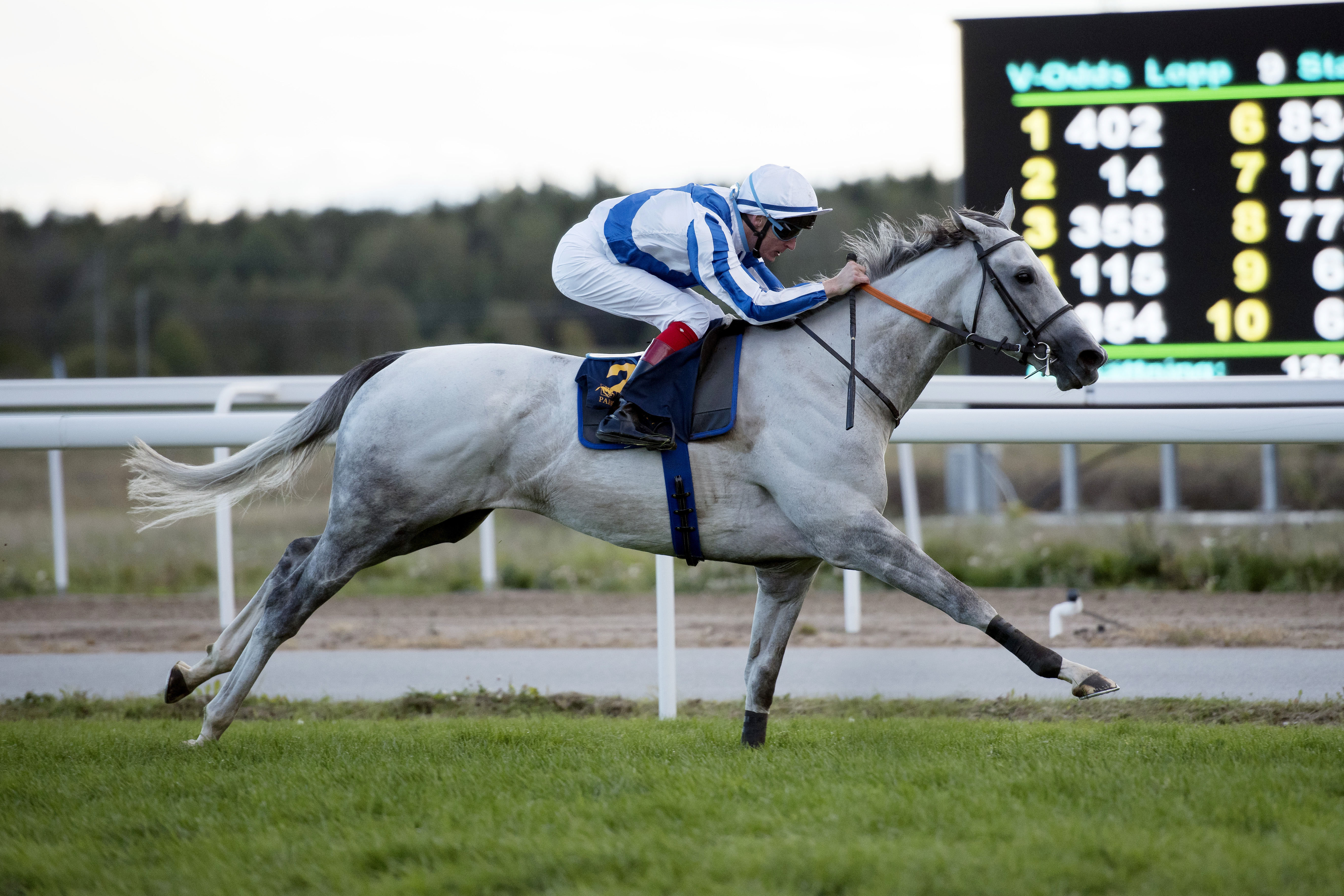 First Thundering Blue gave us a show on the track.
Then his owner gave us his own show in the winner’s circle.
It was a British party when Stockholm Cup was raced at Bro Park on Sunday.
“I’m sorry if I’m vulgar but what’s the point of owning a race horse if you can’t scream: YEAAAA!” shouted the owner Clive Washbourn.

Handicapped at 100, Thundering Blue came to Stockholm Cup at Bro Park as the highest ranked horse to ever race in a Swedish thoroughbred race. He didn’t let anyone down. Jockey Fran Berry stuck to the game plan and sat patiently a bit back in the field as the second choice Our Last Summer got a big lead. Slowly but surely Thundering Blue made his way through the field along the rail and once he shook loose and could use his speed down the home stretch, his opponents had no chance.
“He loves when the pace is high and I was never worried. Fran knows the horse well and I have a lot of faith in both him and the horse” said trainer David Menuisier.
“A horse like this makes my job easy” said the winning jockey.
Invited everyone to the victory party
Five year old Thundering Blue has this year made his way to become one of the best horses in the United Kingdom and his start in Stockholm Cup was just a step on the way to Toronto and the race Canadian International at Woodbine. After that he’s off to compete in one of the sport’s most prestigious races, Japan Cup, to which he has received an invitation. But until his next start, owner Clive Washbourn has to save his voice, there wasn’t much left of it after shouting out his happiness.
“I’ve lost my voice but I have to say I love Sweden. This country lives life like every country should – don't change. The hospitality is fantastic.  I’m sorry we beat you in the world cup but you have a fair and nice community. Wonderful!” said Clive Washbourn and added:
“If anybody was to come party with me it’s all on me. I don’t care if 300 people show up.  We’ll go berserk!”
The Stockholm Cup victory was worth SEK 800,000. Another British horse, Crowned Eagle finished second and third was a very brave Our Last Summer.