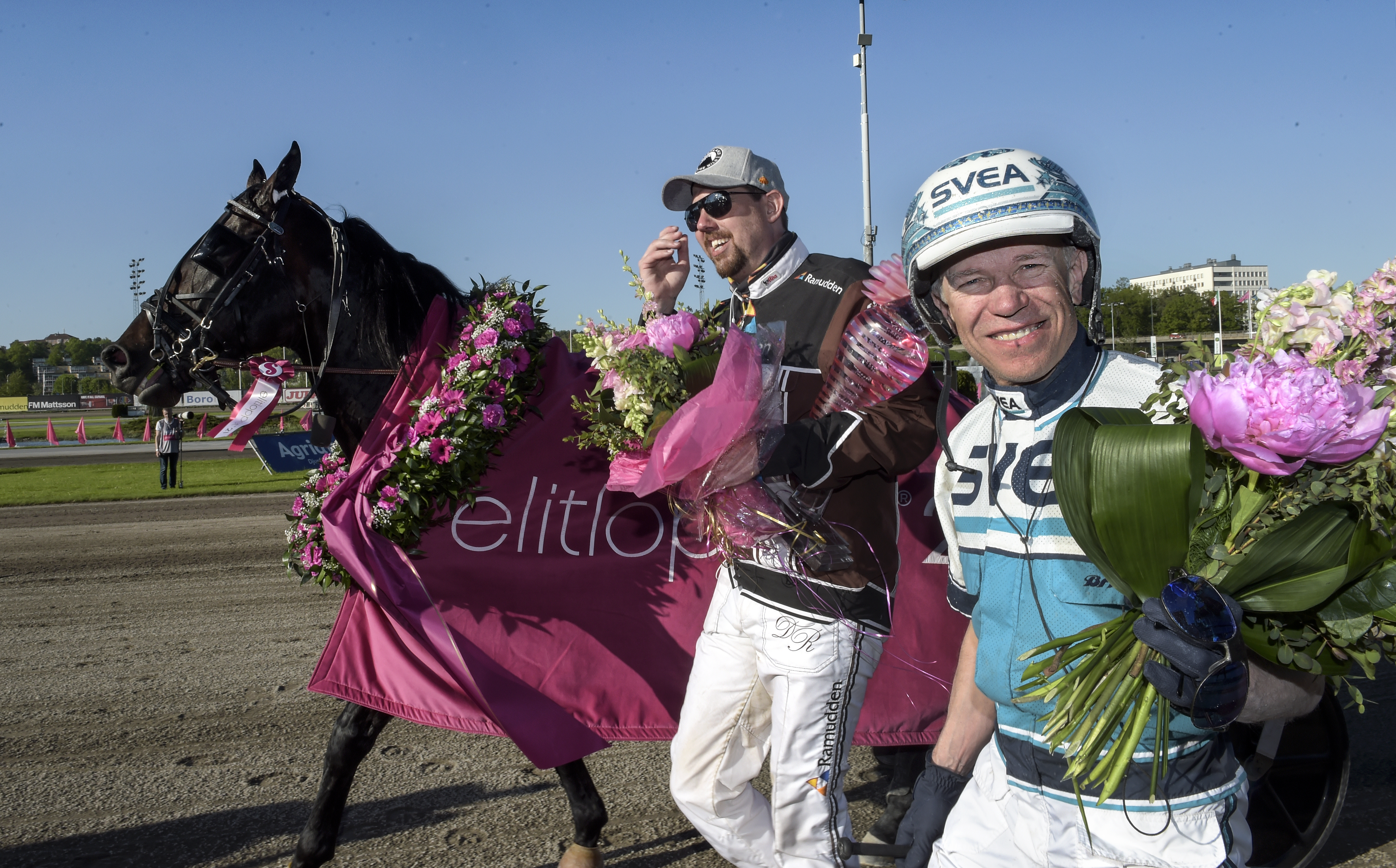 Elitloppet a revenge for Daniel Redén

Daniel Redén called last year 'the crash' when Propulsion was disqualified after winning Elitloppet.
On Sunday it was time for the big revenge.
Solvalla's International Elitlopp 2021 was won by hometown trainer Daniel Redén'a new star trotter Don Fanucci Zet - after a masterful drive by Örjan Kihlström.
"Now we are talking about Don Fanucci and he's an incredibly worthy winner" said a happy Daniel Redén.

For the longest time, it looked like the Elitlopp victory was going to Italy.
After the race, the Swedish flag waved the most at Solvalla.
Solvalla's International Elitlopp was won by Daniel Redén's new star trotter — the Swedish-born Don Fanucci Zet.
Daniel Redén has been known to buy horses and train them to make them stars.
Now he is also a successful breeder.
Don Fanucci Zet was born at home on the farm and is a son of Stall Zet's stallion Hard Livin.
"I have made this horse from day one and I bought his mother as a fun project and let Hard Livin get the chance as a stallion. A true case of home cooking" said the Solvalla trainer after the Sunday win worth SEK 3 million.
Last year Daniel Redén thought he had won Elitloppet with Propulsion. He was later disqualified when an investigation showed that the horse had been nerved. An operation that was made in the USA before he was bought at the sale and imported to Sweden.
"Everything that happened last year is still on the table. Now we are talking about Don Fanucci Zet and he was an incredibly worthy winner" the trainer said.
In the Solvalla winner's circle he pointed to Örjan Kihlström.
"Elitloppet is the biggest race we have in Sweden and...the man here next to me. Without him I wouldn't be here today. That's just the way it is. He builds up the horses in the races, over and over again. I think he felt already in the Sprint Championship last year that this could be a candidate to win Elitloppet" said Daniel Redén.

Won after going three-wide
In the Elitlopp elimination earlier that day, Don Fanucci Zet advanced to sit outside of the leading favorite Vivid Wise As and ended up finishing second behind him.
Alessandro Gocciadoro won the draw and got to pick post position one in the final, which he led until deep in the stretch.
Örjan Kihlström sat second over and moved Don Fanucci Zet out three-wide with 700 meters to go as the leader started to pick up the pace and he managed to surge past the Italian horse after a five-star effort. Three-wide the last 700 meters!
The winning time was 1:08.9 (1:50.4) over the 1,609 meters (1 mile).
100 meters from the finish line it was still wide-open. Örjan Kihlström showed that he is a true big money driver.
"What a cool horse!" said the winning driver with a laugh. He's got a terrific attitude, he really fights. He got a bit pacy at the end racing barefoot, but thanks to his great attitude he kept his gait together" said Örjan Kihlström, who won Elitloppet for the fourth time.
Kihlström took a step back and dedicated the win to the people who do the everyday work with Don Fanucci Zet.
"Daniel has never won this race...now he finally got his win. I'm especially happy for Daniel and Ellinor (Wennebring, the caretaker) and the entire stable" Örjan Kihlström said.

A Djuse in third place
Italy took second place with Vivid Wise As and Alessandro Gocciadoro.
A sensational third was the 22-year-old Mats E Djuse, who drove his first Elitlopp after having gotten the chance behind Jerry Riordan's Gareth Boko. Djuse gave the horse a nice trip and Gareth Boko closed very well to finish third, worth SEK 750,000.
"It was a great experience. I hope I will get to drive more Elitlopps in the future. I don't think it could have gone any better. We had some racing luck and I think we got the most out of it. It was so cool to look at all the horses and drivers going up behind the gate and get to feel that you are one of them. It's a shame we can't have any people in the stands, but it was still huge" said Mats E Djuse.
Little brother Magnus Djuse was also in the final but after having tried an early attack his horse tired and finished last.