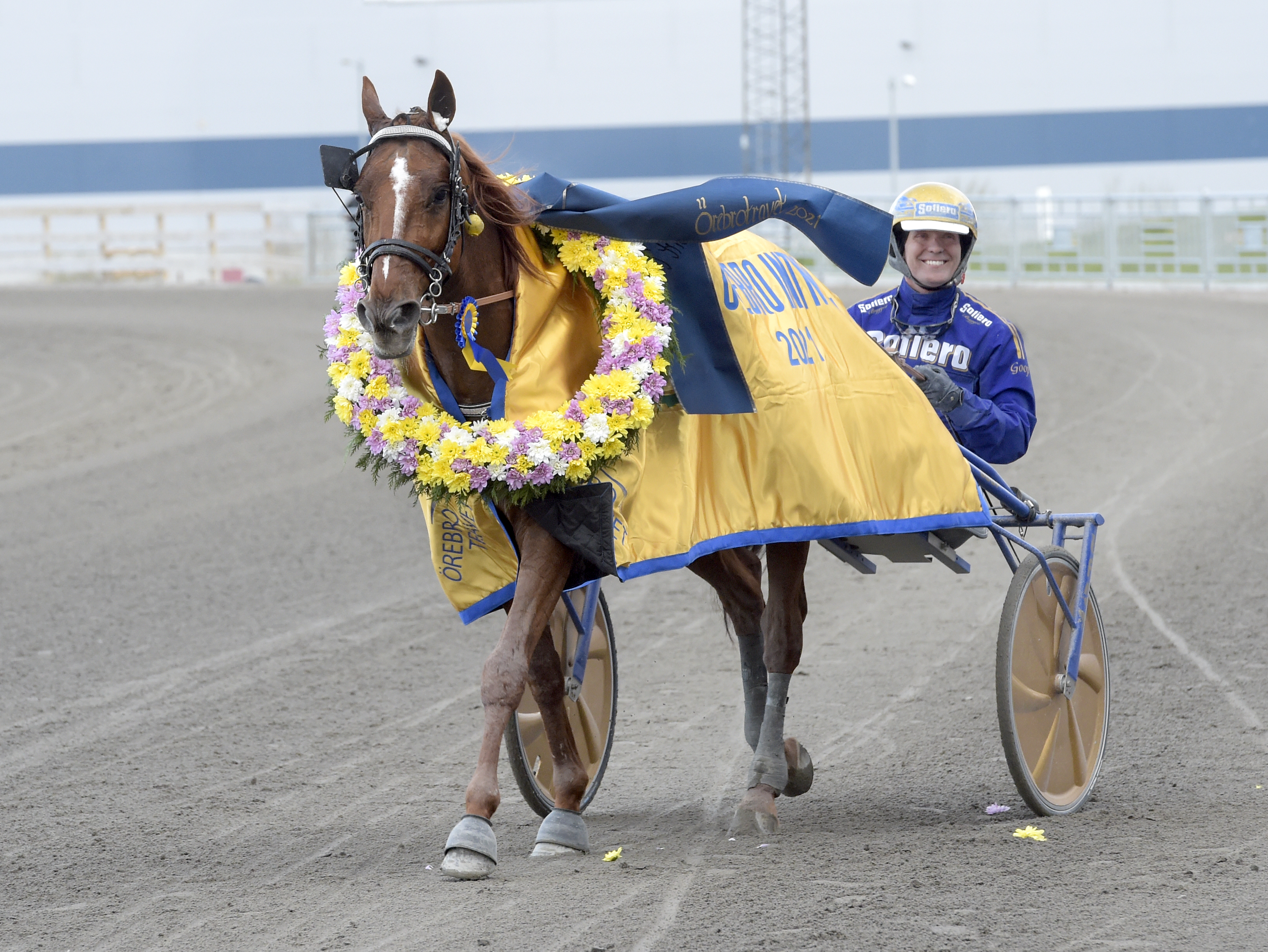 Moni Viking became the tenth horse set for Elitloppet.
The world record holder over three kilometers will spice up the big sprint race.
"A gorgeous chestnut whose finishing rally is his best feature and he will be very interesting to see in Elitloppet" says the Solvalla racing manager Anders Malmrot.

Last year Moni Viking was very impressive when he won Harper Hanover's race in the new world record time 1:11.9 over 3,180 meters with volt start.
The victory in Åby Stora Pris later in 2020 was at least as impressive.
The eight year old Norwegian horse is back in training with Björn Goop which means Björn will drive him in Elitloppet.
Most trotting fans probably thought that Moni Viking would try to defend his title in Harper Hanover's race but instead he will race in Elitloppet after having accepted an invitation today. That makes him the tenth horse set to race in Elitloppet 2021.
"Moni Viking is fairly unproven over the sprint distance, but I'm sure he will handle it just fine" says the Solvalla racing manager Anders Malmrot.
Moni Viking has won 15 out of 54 starts and has earned SEK 7.3 million.