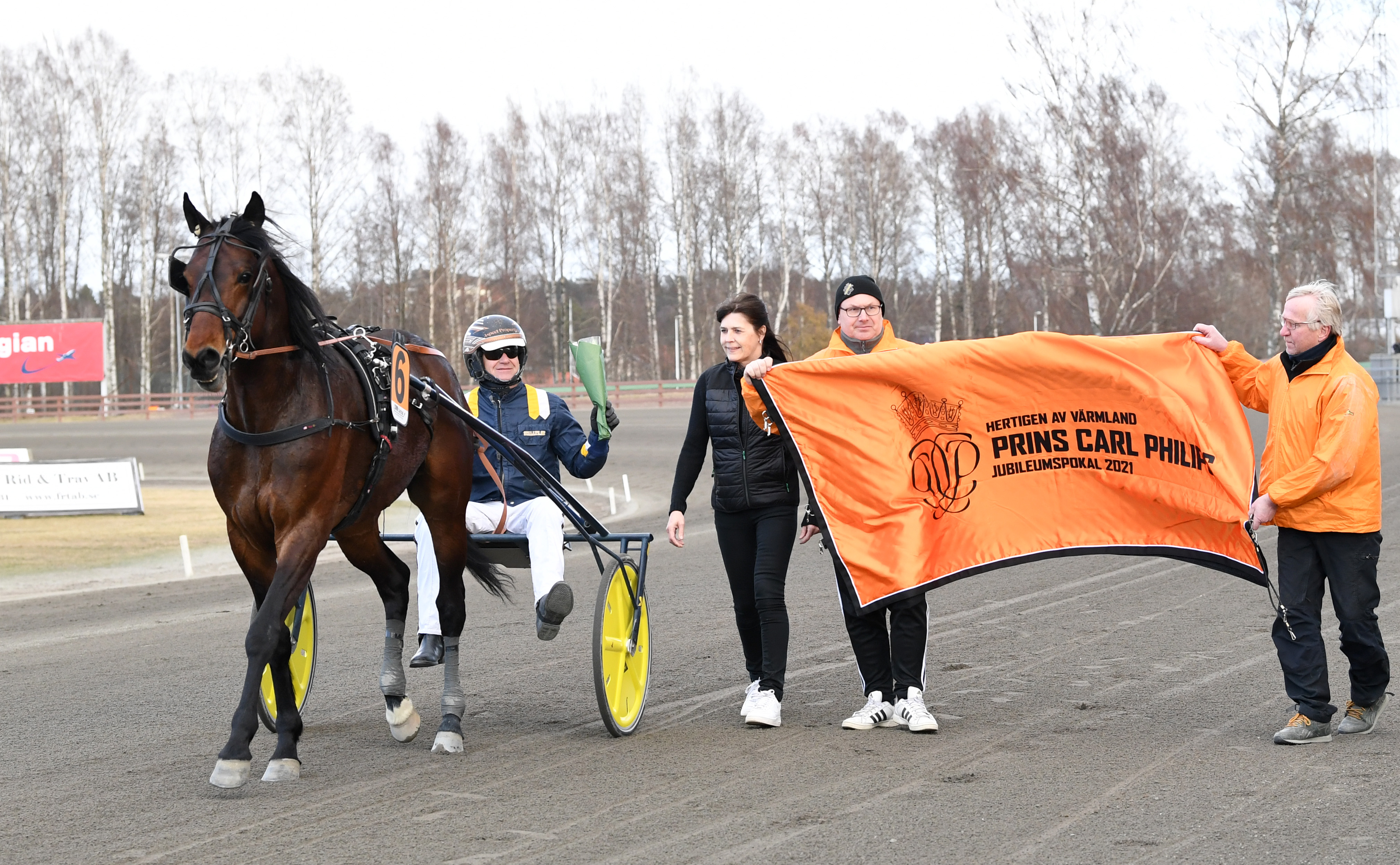 Elitloppet: The fastest horse in Sweden this year to race in Elitloppet

In 2010 Iceland won Elitloppet. In 2016 Nuncio won.
Stefan Melander's hope this year is Click Bait who on Friday received a pink Elitlopp ticket.
And tomorrow the Solvalla trainer has the chance to get a ticket with Disco Volante, who is the favorite in H.R.H Prince Daniel's race on V75.

Click Bait is set to race in Elitloppet, which means that 14 out of 16 horses now are set for Solvalla's big trot fest next weekend.
"Click Bait is the fastest horse in Sweden this year with 1:09.8 and he's yet another very good five year old on the verge of stepping into the elite" says the Solvalla racing manager Anders Malmrot.
Two wins in three starts in 2021 is the record for Click Bait, who won his biggest race so far in Hertigen av Värmland, Prince Carl Philip's Jubileumspokal in the beginning of April, with a SEK 250,000 prize check. That time bombed away to the lead and won in 1:09.8 on the short distance.
"He spices up his ability with a wonderful, explosive gate speed, which makes him interesting to see in this year's Elitlopp" says Anders Malmrot.
Click Bait raced also on last year's Elitloppe weekend, where he finished second in the four year old elite race behind Ecurie D. and set his personal best, 1:09.5.