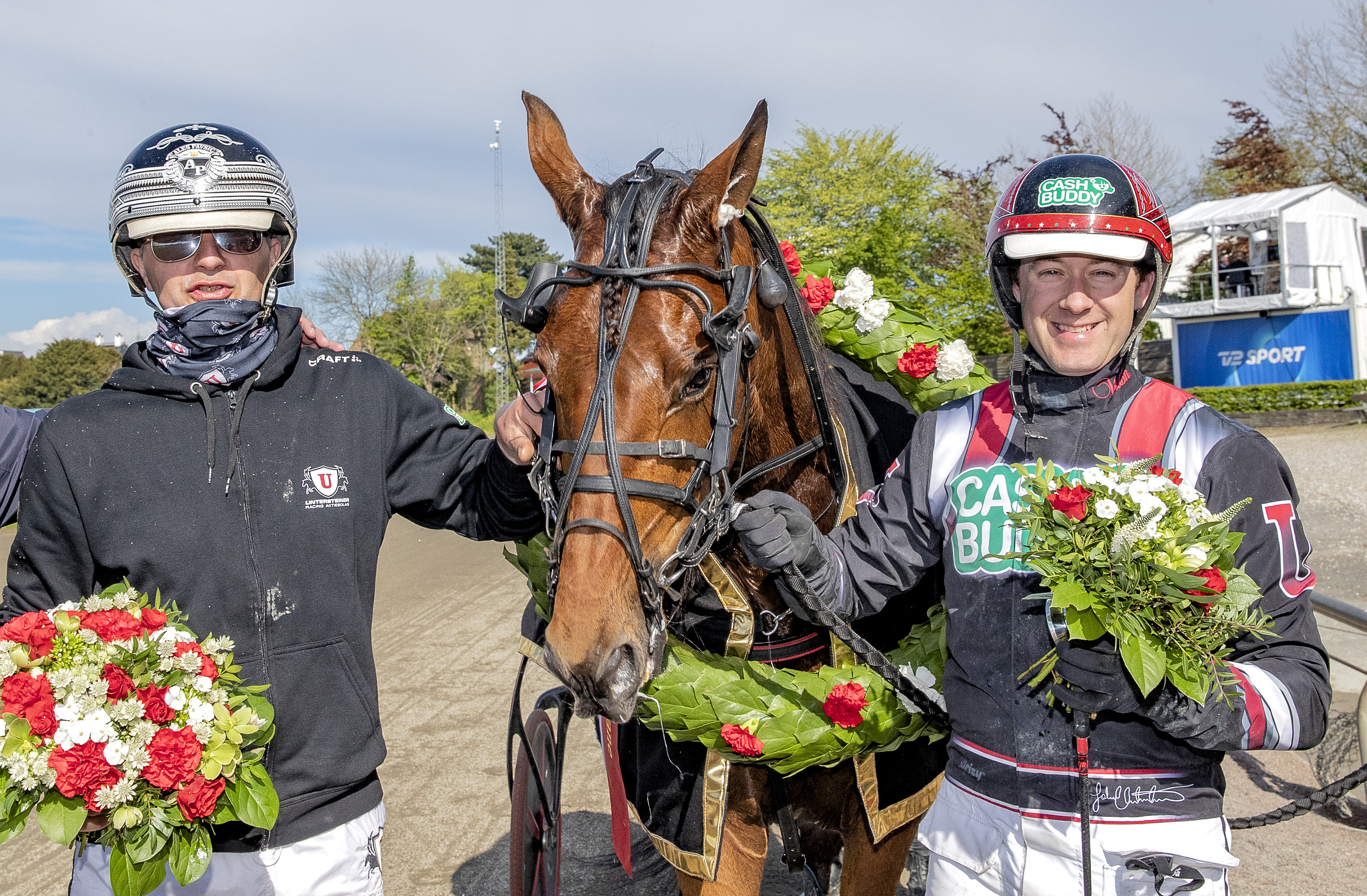 Elitloppet: To Elitloppet after the victory in Copenhagen

Cyber Lane will race in Elitloppet.
The victory in Copenhagen Cup gave him a pink ticket.

Cyber Lane won the Swedish Trotting Derby in 2017 at Jägersro and made almost SEK 7 million as a four year old. He has almost doubled that by being very consistent as an older race horse.
In 2020 Cyber Lane finished second in the Paralympic Trot and third in Åby Stora Pris before he got to step up on top of the podium in C.L. Müllers Memorial where he beat horses like Very Kronos and Moni Viking who both will race in this year's Elitlopp. After winning Copenhagen Cup last Sunday Cyber Lane will now accompany them.
Cyber Lane, who is trained and driven by Johan Untersteiner, is horse number twelve set to race on the last Sunday of May.
"He won Copenhagen Cup in 2018 but he was even better when he won this year's edition. He showed off a good bounce to his stride and he's a horse who is both quick out of the gate and very tough" says the Solvalla racing manager Anders Malmrot in a press release.