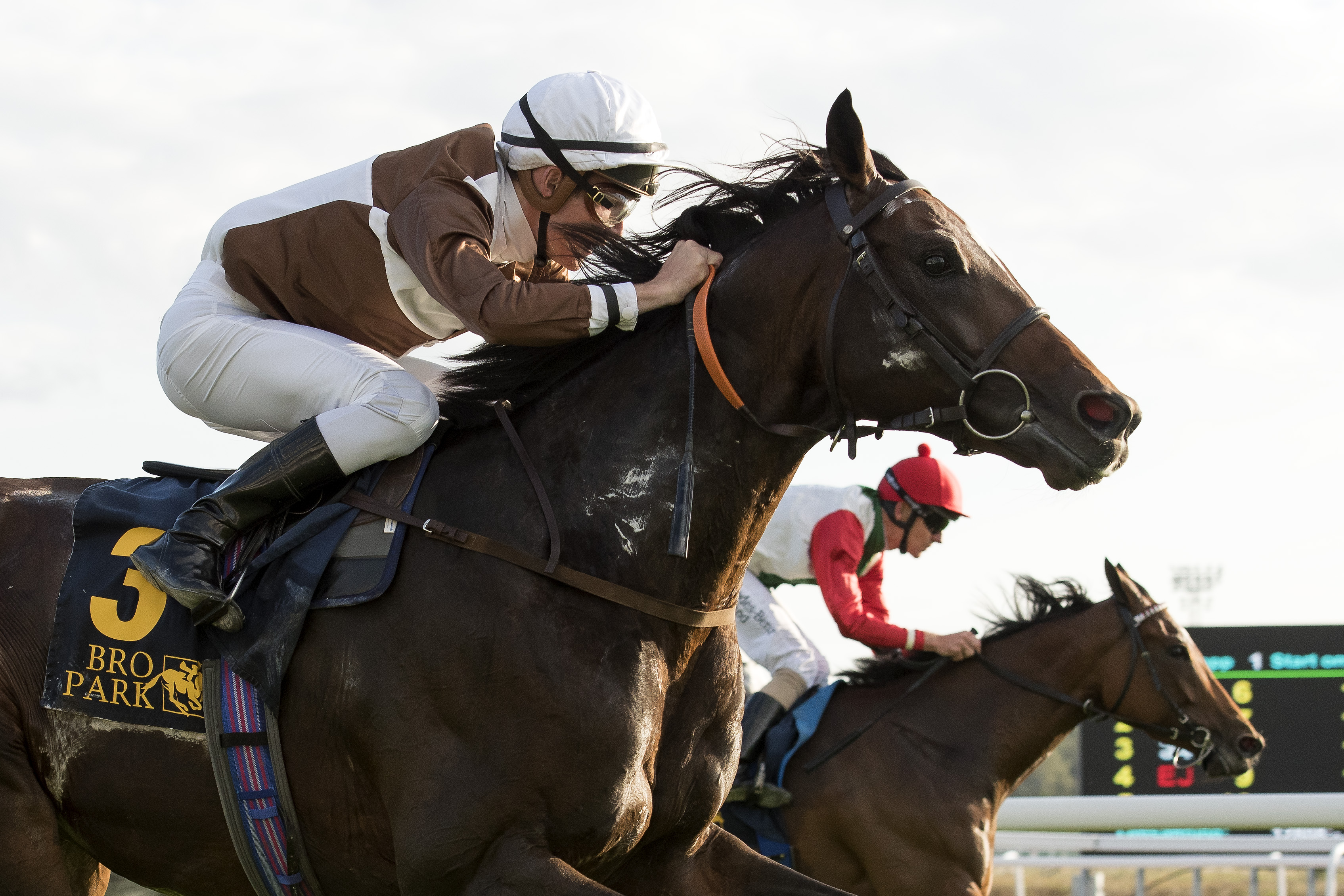 Is the British star Thundering Blue unbeatable in Stockholm Cup?
Not according to the trainer of the Danish horse Guiseppe Piazzi.
"I think we can challenge him" says Flemming Velin about the race this Sunday at Bro Park.

When Thundering Blue (GS75®-6) on Sunday steps out on Bro Park's surface he does it as the highest ranked horse ever on Swedish soil. The five year old roan has this year gone from one in the bunch to one of United Kingdom's best race horses, with his own fan club. After finishing third against the elite in Juddmonte International Stakes he was given the handicap number of 100. That's as far as the scale goes.
"As far as I know, no horse had been given that high of a number before. If so, it was many years ago when they were more generous with the form numbers. I can say that he's no doubt the best horse to ever race in Sweden" says Dennis Madsen, general manager at Svensk Galopp.

Superior on paper
To make it easy, the handicap number shows how good the horse is supposed to be and on paper Thundering Blue should win Stockholm Cup by at least six lengths. But on paper and reality isn't always the same thing and he's not without opponents in Stockholm Cup where the first prize is SEK 800,000. Top challenger is the Danish horse Guiseppe Piazzi. He is, with a handicap number of 95, the field's second highest ranked horse and seven wins in nine starts shows that he has high ability.
"It will be a lot of fun to see him race against a horse like Thundering Blue. It will be a good measuring stock for us. I don't think will be a walk over for Thundering Blue. A horse like Our Last Summer can also move fast. It's possible that Thundering Blue will end up winning it, but I'm sure we can challenge him" says Flemming Velin, who both trains and owns Guiseppe Piazzi to svenskgalopp.se.