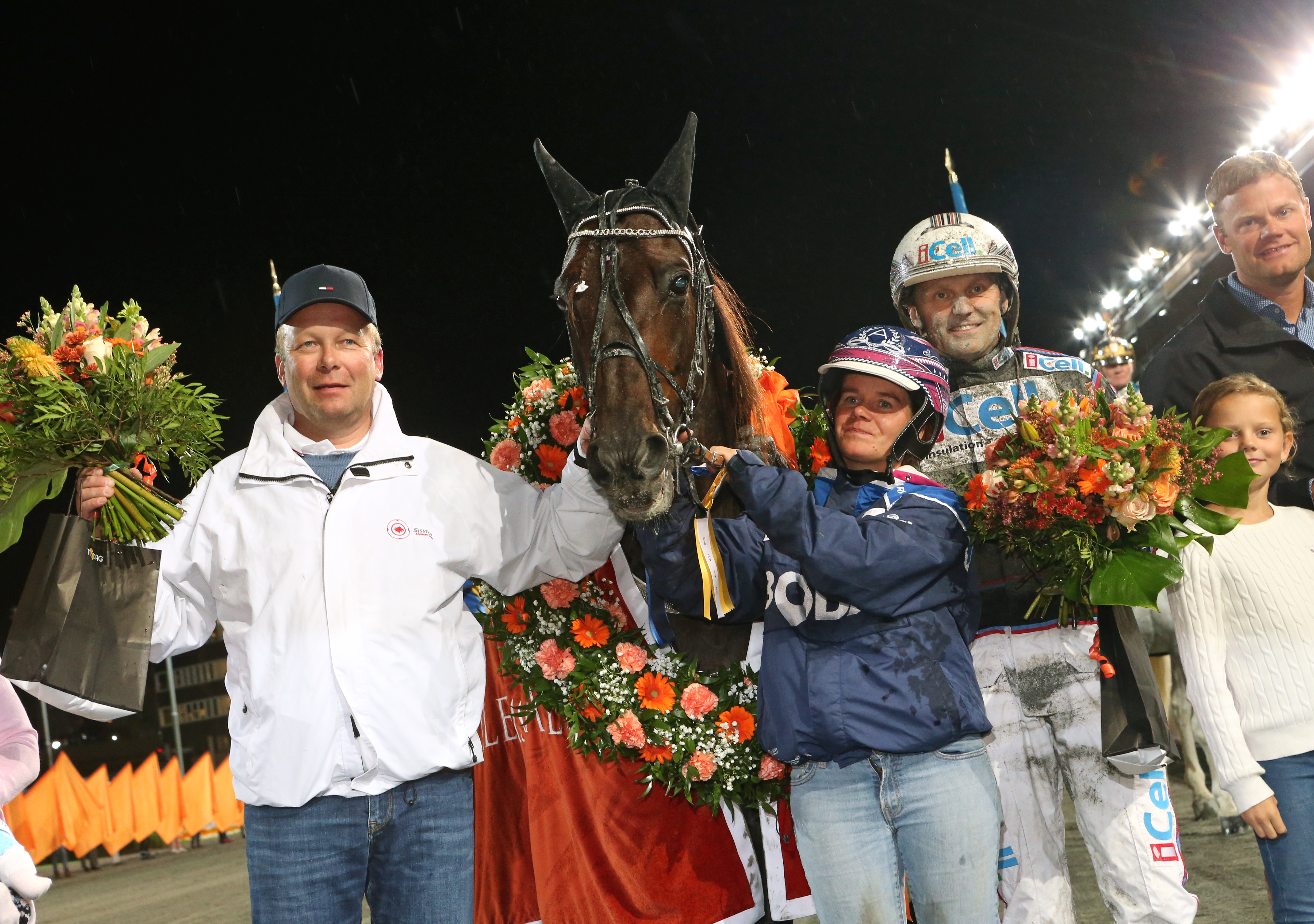 Petri Salmela had one goal this year with Makethemark.
After training horses his entire life he stood there in the Tuesday night rain at Solvalla as the winner of Jubileumspokalen with a first prize of SEK 1 million.
"I've had a long career and won many very nice races - but this is by far my biggest win"

4108 people made it out to Solvalla this rainy Tuesday to go the fair and enjoy one the best race night of the year in the country.
The feature came in the last V75® race where twelve horses came to battle in Sweden's biggest race for five year olds.
Makethemark had been put in excellent form by team Salmela and in Norrbottens Stora Pris earlier this summer, he was only beat by Propulsion.
At Solvalla this speedy horse got a good stalking trip at a high pace and with an impressive speed he won the race all on his own. Driver Ulf Ohlsson hand drove him down the stretch.
"This is such a fun win, especially for Salmela who gets that big win he's been waiting for with this horse" said the winning driver.
Björn Goop did everything to get to the lead with Love Matters and he finally got there after 700 meters but the pace was very high early on. After the first of the two laps, Johan Untersteiner made his move with Cyber Lane and got the position outside of Love Matters going out on the last lap.
He then put pressure on Love Matter during the last kilometer of the race and coming out of the last turn, Cyber Lane had beaten the leader.
From behind came Milligan's School who finished second after towing Makethemark three wide the last 600 meters and Cyber Lane held on to third.

Missed entering to the derby
Last year Petri Salmela missed entering Makethemark to the biggest goal of the year, the Swedish derby. It was a hard blow but he took full responsibility for it.
This Tuesday night at Solvalla nothing was missed and the biggest goal of 2018 was accomplished with Makethemark.
"All the preparations have gone according to plan. The horse has felt incredible and really found another gear racing both barefoot and in the American sulky. Makethemark really deserves this victory after being one of the best horses in his crop for three year without getting that big win" said a crying Petri Salmela.
Makethemark's owner Stall Nian added another million to the bank account which now read SEK 4.6 million.
Trainer Salmela gave the caretaker Anne Raatikainen a lot of credit together with driver Ulf Ohlsson who he called 'an important link'.
The winning time was 1:10.8 over the 2,140 meters.