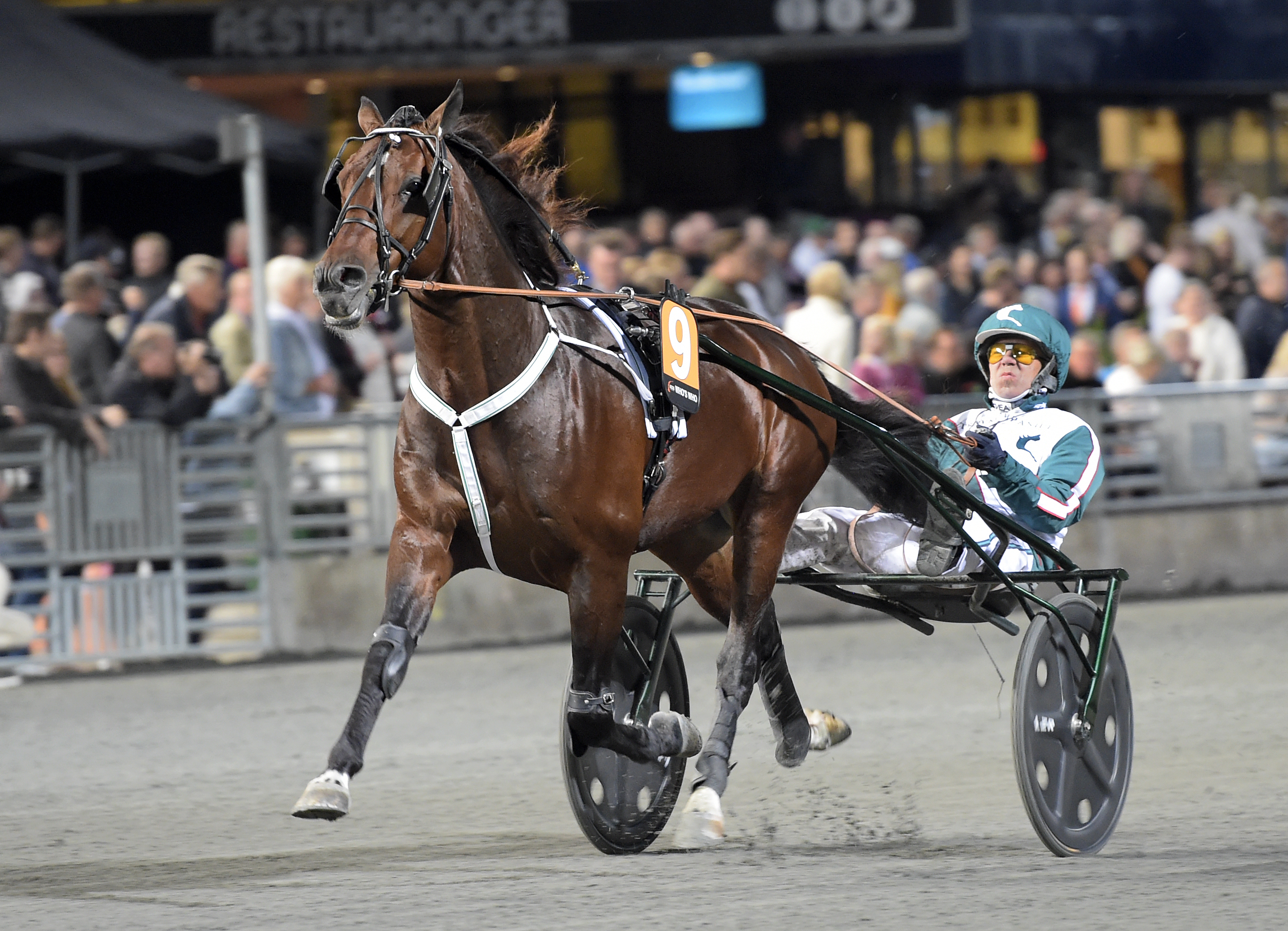 As a four-year-old he won the Swedish Trotting derby and as a five-year-old he won Jubileumspokalen.
But as older he is still waiting for that big win.
It could come on Saturday in Norrbottens Stora Pris.
"If he gets his trip he will absolutely battle for the win" says the trainer.

By now, Who's Who (V75-7) is established in the older elite. Last year he finished second in Åby Stora Pris and he started off this year by winning two in a row in the gold division, before his winning streak came to a stop due to a tough trip in the Paralympic Trot. During the Elitlopp weekend a couple of weeks ago he raced very well to finish second in Harper Hanovers Race. But that big win is still missing.
"He has been right there but he hasn't won any big race yet as an older horse. We are working on it and I would rank a win on Saturday very high, no doubt" says Pasi Aikio.

Still in good form
The trip to Boden from Menhammar on Ekerö, just outside Stockholm is 950 kilometers one way.
"It's a bit of a trip and we will leave sometime in the night between Friday and Saturday so he will get there on time to be able to relax a bit before the race".
Who's Who usually has no problems traveling so that's nothing that bothers the connections. And judging by his last performance it's a horse in good form making the trip to the midnight sun to race for the first prize of SEK 1 million.
"He was very good in Harpers. He trotted a strong last kilometer. You can't say anything when a horse (Wild Love) who got to sit on our back had more juice left at the end".
The Solvalla trainer expects the same type of effort from his horse this week.
"He has trained as usual and I have no complaints. We haven't gone any tougher speeds in training but I think his form is pretty much the same as it was before his last start and he should race well again".

"Need that racing luck"
It's not a race without competition in Boden. This year's Norrbottens Stora Pris is a world class field. The top two finishers from last week's Jämtlands Stora Pris, Vernissage Grif and Wild Love are back this week, Gareth Boko comes off a third place finish in Elitloppet and top trotters like Moni Viking and Milliondollarrhyme also want to have something to say. The probable favorite is Very Kronos, who was lucky in the draw and got post position two behind the gate. Who's Who starts from post position six.
"It's an even field of very good horses and a lot depends on how the race unfolds and who gets the best trip. That's how it is, you need that racing luck to win a race like this. But I think we have a good chance to finish top three".
V75 this week comes with a jackpot and in the pool for all seven winners picked will be SEK 47 million. How do you think the bettors should treat Who's Who?
"I would not leave him off the V75-ticket. If he gets his trip he will absolutely end up battling for the win. That's my feeling".