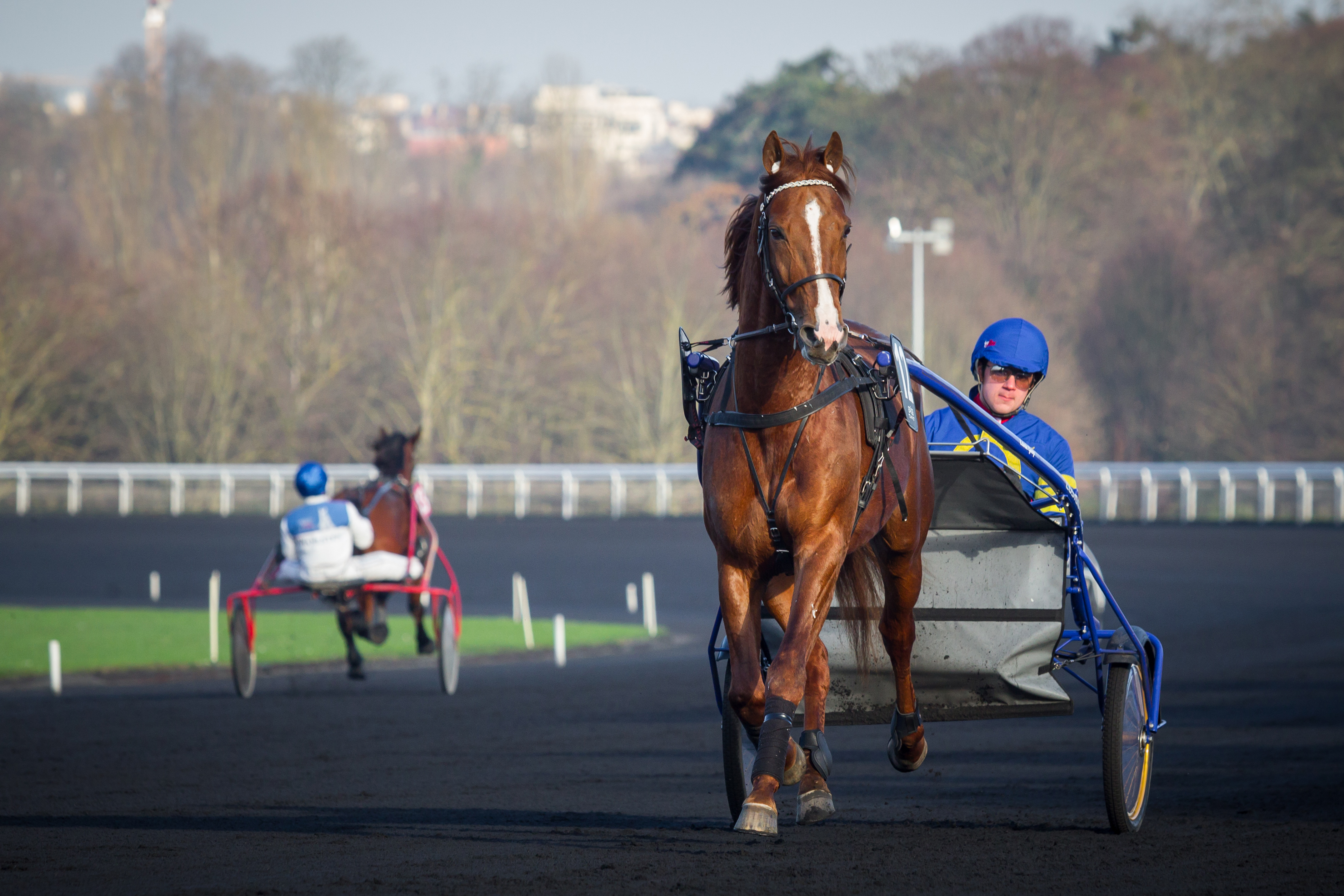 One of the best horses in the world.
And it doesn't look like the Norwegian star Lionel has gotten any worse during the year that has passed since he won Olympiatravet last year.
"Quite the contrary, he feels fantastic and I have to be optimistic going in to Saturday's race" says owner Göran Antonsen who once again will take the driver's seat in the final of olympiatravet at Åby racetrack in Gothenburg.

One year ago the Norwegian star won Olympiatravet.
After spending the winter in France, eight year old Lionel has been trained and aimed at this very race and the rehearsal last week at Solvalla went well.
Göran Antonsen drove his horse to victory in Dartster F's race in a dead heat with Charrua Forlan and Hans-Owe Sundberg.
Charrua Forlan got to call the shots upfront while Lionel sat way back in the rear of the field. Antonsen was very impressed with the way Lionel powered around the field the last kilometer.
"A better proof of his form than that is hard to get. He trotted 1:08.7 last kilometer out there and fought to the last step, that was a tremendous effort. Normally he would improve off of that so I can't be anything else than optimistic going in to the final on Saturday" says Antonsen.
Lionel stepped on himself in Prix d'Amerique, made a break and was disqualified. The race kast week at Solvalla was his first performance since the end of January and he showed that he will be a player in the major races also this year.

"We will talk on the phone"
All the pieces seems to have come together during the past winter at Daniel Redén's French farm.
"Daniel trains the horse and I don't interfere. I don't have time to, actually. My hands are full with the 31 horses I have in training at home in Norway. So we will talk on the phone this week. I also had a son back in June of last year, so I'm pretty busy at home" says Antonsen who trains at Momarken, an hour from Oslo. The relationship with Redén is working perfectly. He emphasizes that he wants to drive Lionel himself though.
"I can't defend driving all my clients horses at home, but to put someone else on Lionel - who I own myself - just wouldn't feel right. For me, sitting in the bike behind Lionel is one of my favorite spots in the entire world. Some to Gran Canaria or the Alps, I love to sit behind Lionel" says Antonsen.

"Like a military tank"
In last year's Olympiatravet Lionel came all the way on the outside of the track to sweep by them all to victory with an impressive rally. Starting from post five on Saturday, the Norwegian will make sure he gets a good spot right away.
"The French horse Titty Jepson, On Track Piraten and Day Or Night In are the ones I have the most respect for. But Lionel is in good enough form to win this year again.
"He's eight years old now and I think he just looks stronger and stronger every year. Strange but true. He had only done heavy training and no speed before his race so he should be quicker now. He kind of feels like a military tank. We will go all in now - barefoot and the American sulky.

You have been invited and accepted to race in Oslo Grand Prix and Lionel is one of many possible horses for Elitloppet. Would you accept if an invitation from Solvalla too?
"I have always been very cautious with him throughout his career and never thought much of him as a sprinter. But the fact is, he's learned to leave the gate a lot quicker and he can leave better than what people think. So yes - I would love to race him in Elitloppet if it comes to that. It would be huge.

Already this Saturday there's a lot at stake at Åby. What's your feeling?
"I'm super excited that something major is happening again, it's been slow since Prix d'Amerique. We want to show Lionel to the public and we have a very good feeling".