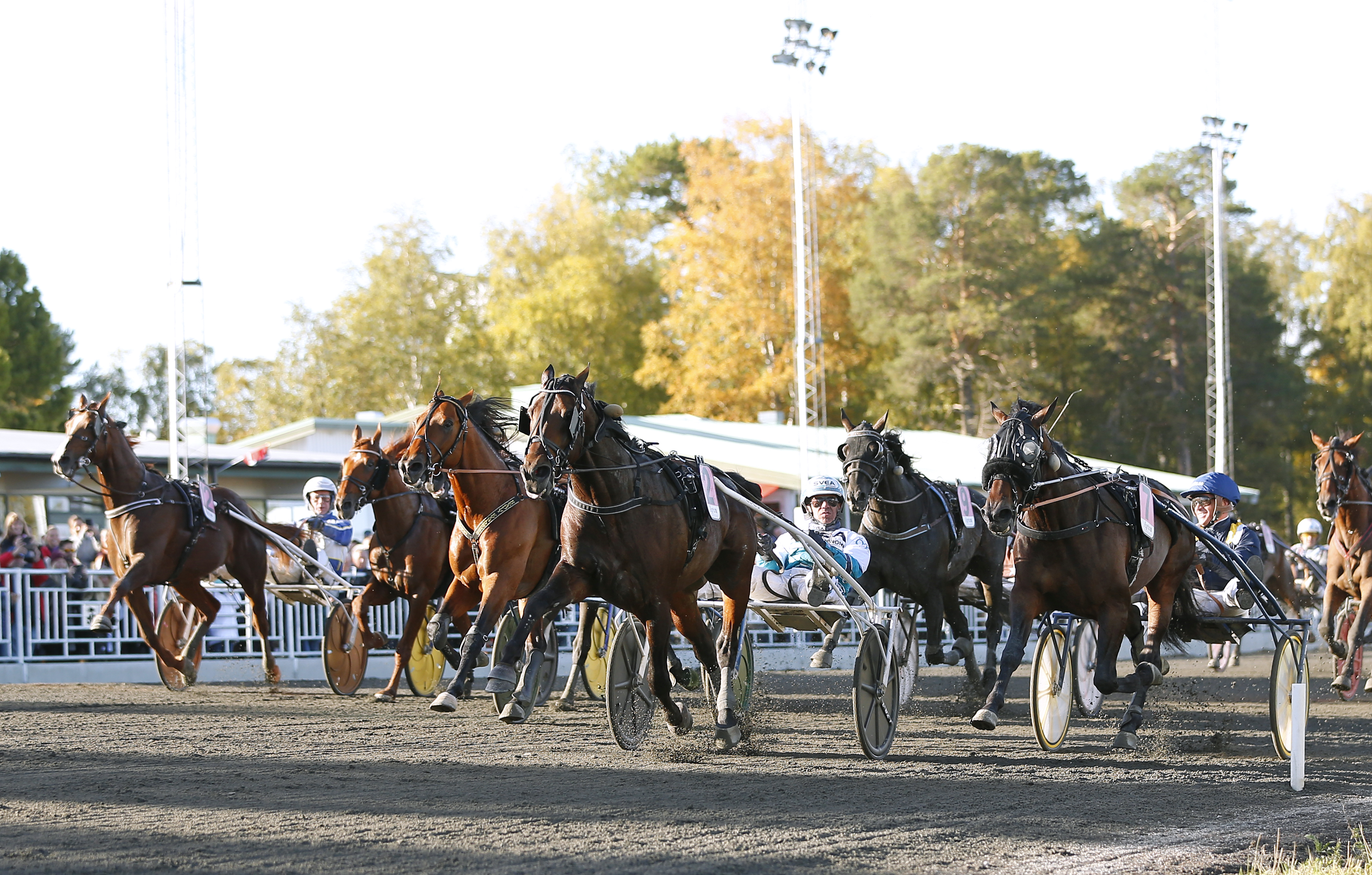 Propulsion is the 2018 European champion for trotters.
Daniel Redén's tank neutralised the threats in an exciting Masters final in Östersund.
"This could have been his last start" said a very pleased trainer after the race.

This year's final of Masters du Trot, which could be called the European championship, was hosted by Östersund racetrack.
Only two horses from outside Scandinavia were behind the gate and they never had anything to do with the outcome of the race.
Instead it turned into a slug fest between Sweden's two super stars - Propulsion and Readly Express.
Off to the lead was last year's Derby winner in Sweden, Cyber Lane with stable mate Pastore Bob in the pocket. Propulsion was hung on the outside for a short while before Örjan Kihlström let the Sundsvall Open Trot champion Milligan's School get the position in front of him. Shortly thereafter Björn Goop and Readly Express who were right on Kihlström's back were on their way to attack when Kihlström saw what was about to happen and sent Propulsion up outside the leader again.
With 1,300 meters to go Björn Goop sent Readly Express three wide in what turned out to be a drastic change of pace. As they came up to the first kilometer mark in 1:10.2, the speed was at that moment at a 1:03 kilometer rate and Readly Express was hung out three wide by Propulsion and Örjan Kihlström.

"An easy choice"
These position were locked until Cyber Lane tired at the top of the home stretch. Readly Express was trying to challenge Propuslion down the stretch but the trip took out it's toll.
"My horse is incredible and so is Readly. They once again showed they're great horses" said Kihlström before explaining his choice of tactics:
"I didn't want to let him get in front of me and control the race. We would have been stuck behind him or forced out three wide. Even though I realised this gave someone else a chance to win, it was a pretty easy choice at the time".
The choice of tactics was a surprise to Björn Goop.
"I guess thought Örjan  could advance to the lead and when he couldn't, it meant I was hung out three wide" Goop said with a sigh and gave a lot of credit to his horse.
"It shouldn't even be possible to be so close being three wide for three turns" said Goop.

Breeding duty next - future unknown
With SEK 10 million in earnings in 2018 Propulsion's season is over. Possibly his racing career too.
"He's going home to be collected now and then we'll see. There's a lot of pressure from owners of mares all over the world and the future is undecided. This could have been his last start, the last time we all saw him on a racetrack. I don't know" said Daniel Redén.
If that's the case, Propulsion ends his career with 31 wins in 62 starts and with earnings of SEK 22 million.
Not bad for a horse who was still in the bronze division when he made his Swedish debut a dark October night three years ago.