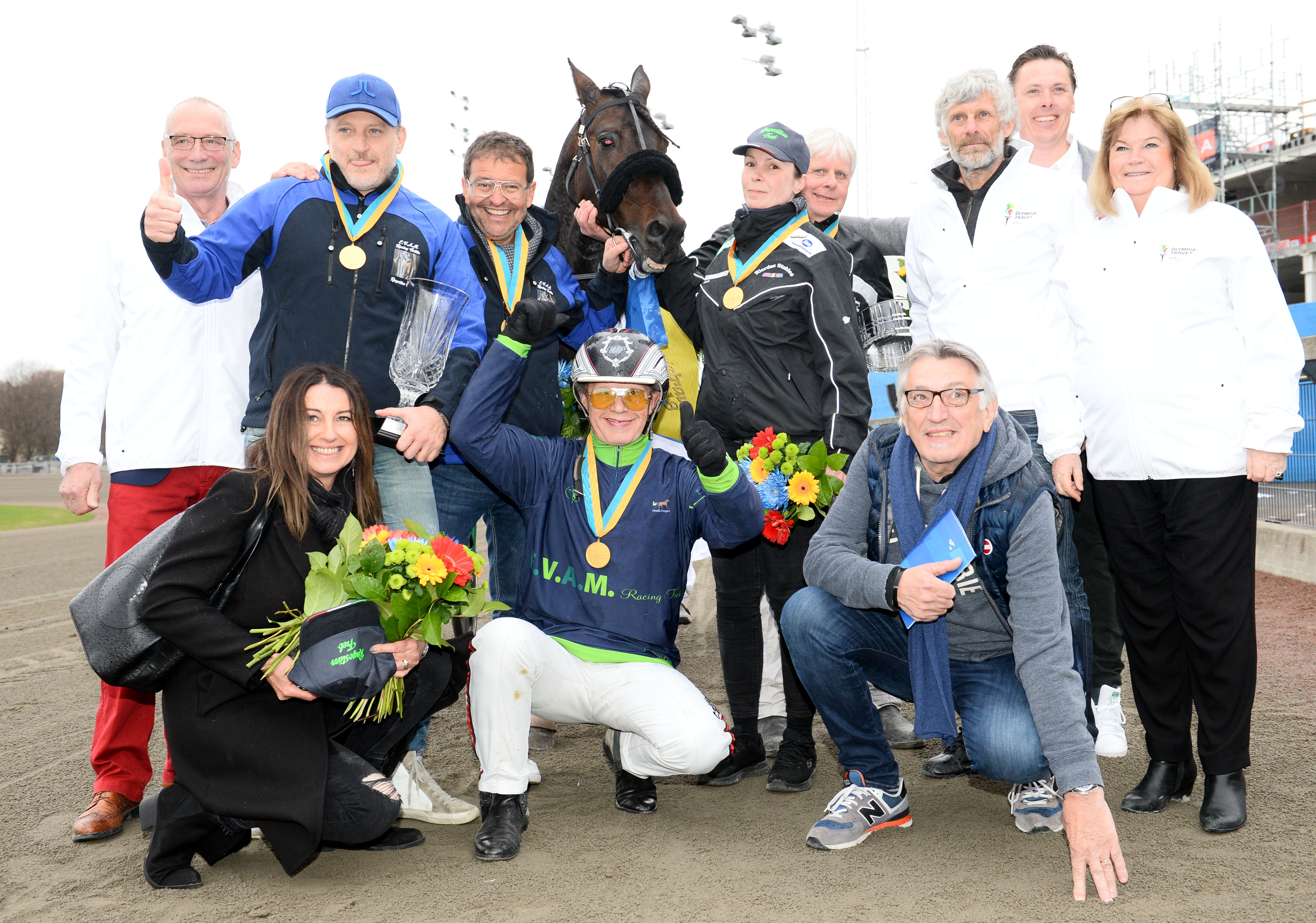 It was his first start since February.
Despite that Ringostarr Treb was just toying with his opponents as he won Olympiatravet in a new Swedish Record and got rewarded with an invitation to Elitloppet.
"When these horses are little foals we all dream about racing in Elitloppet, that's what it's all about" said trainer Jerry Riordan after receiving the pink Elitlopp ticket.

Thomas Wassberg carried the flag as the Swedish olympics and paralympics marched in on the track together with the drivers in Olympiatravet. Recent olympic champion Hanna Öberg lit the olympic fire and paralympic Helene Ripa declared the 38th edition of Olympiatravet opened.
And what a race it was. The favorite Day Or Night In made a break already behind the gate. Ringostarr Treb had his legs under full control and trotted straight to the lead with Wim Paal. The first kilometer was quick, 1:10.7.  Last year's winner Lionel tried but couldn't threaten Ringostarr Treb who was superior in his victory in 1:10.0 - a new Swedish record for five year olds and older stallions and geldings.
"It was easier than I thought and mostly because the horse was exceptional today" said Wim Paal in the winners circle and gave a lot of credit to trainer Riordan.
"I just heard the winning time and it looked like he just jogged. He always at his best after a layoff. He always gives 110 percent and he's just a tremendous horse. Everyone should have a Ringostarr Treb in their barn" said  Jerry Riordan right before he received his Elitlopp invitation from Solvalla's Anders Malmrot.
"When these horses are little foals we all dream about racing in Elitloppet, that's what it's all about when you have horses. Elitloppet is great. Sweden is great" said a happy Jerry Riordan.