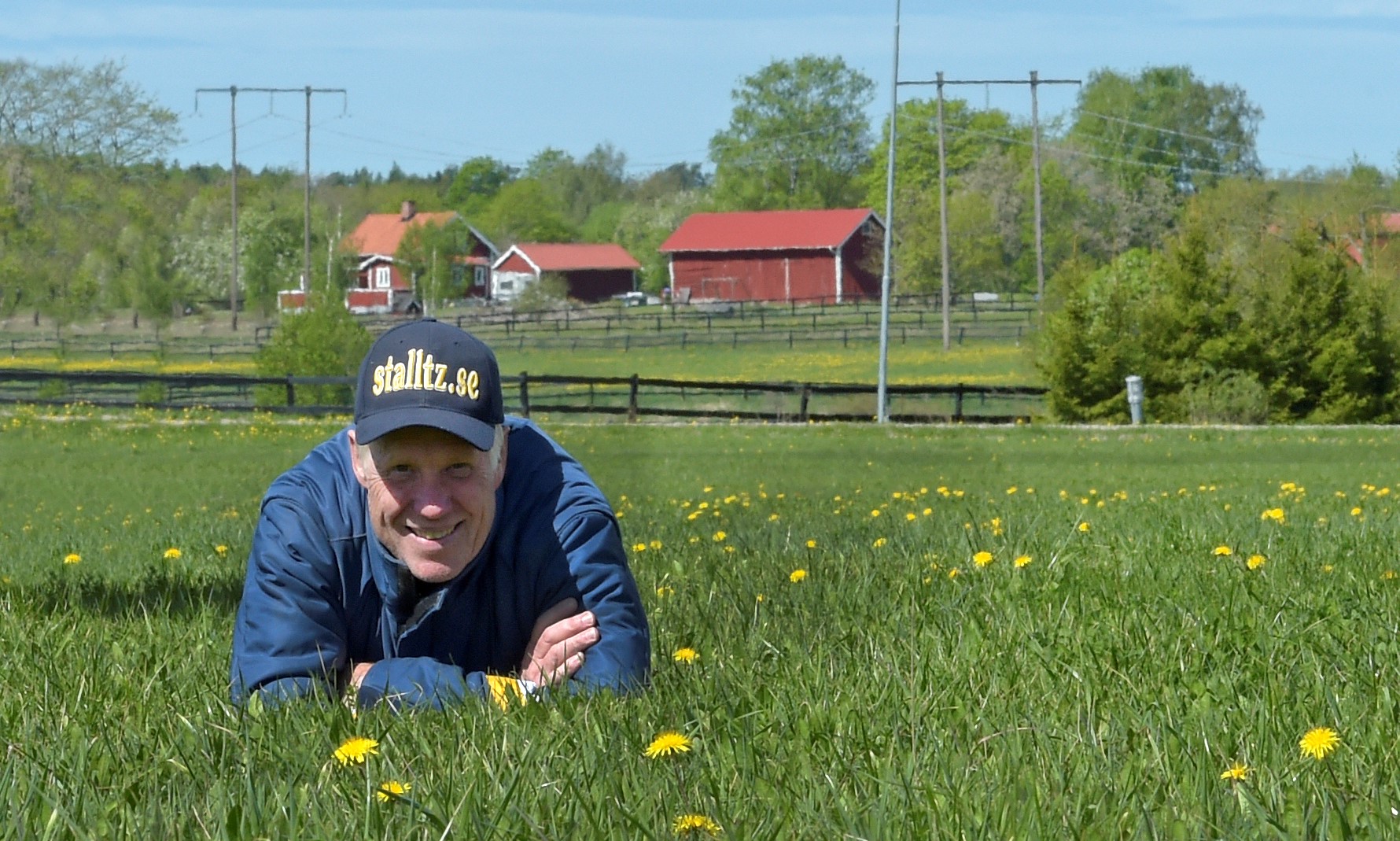 Two horses in Elitloppet and a red hot chance in the four year old elite.
Stefan 'Tarzan' Melander has an exciting Sunday to look forward to.
But that's nothing that gets the experienced Solvalla trainer too stressed out.
"Honestly it's just an ordinary week" says the big trainer with Elitlopp victories on his resume.

This week the pulse is elevated in entire trotting community in Sweden.
The Elitlopp weekend is getting closer and the pulse will escalade until Sunday afternoon at 17:20, when the horses are behind the starting gate in the 68th edition of Elitloppet, carried by the screams of almost 30,000 fans in the stands.
But Stefan Melander takes it easy.
While trotting fans full of expectations are looking through the programs, analyzing and speculating, he calmly follows his routines at home on his farm in Enköping.
"We're busy here at home. I don't think there's any reason to change things, when you do things usually go badly" he says calmly when Kanal 75 gets a littlt chat with him after his Elitlopp horses have been out on their finishing training trips.
"The horses trained today and all four of my starters on Sunday felt great".
Believes more in Disco Volante
Stefan Melander, or Tarzan as he's been called since he as a kid was running around the stable area at Solvalla will race in Elitloppet for the tenth consecutive year. His first victory came in 2010 with Iceland and six years later then phenom Nuncio completely crushed his opponents. This year Disco Volante (V75®-2) and Milligan's School (V75-3) will carry the colors of the Melander stable.
"I believe more in Disco Volante. I can honestly say that" says Melander says about the horse who in his last start earned the biggest check of his career.
After having won the elimination, he later that same day finished second to Bel Avis in Gran Premio della Lotteria.
"It was a tough journey and took a long time for him to get there, but I don't think it mattered to him, which the result shows. Björn (Goop) was very happy with him in the elimination and even if I think it would't have change the result, I think he would have been much better with shoes on in the final too".
"Very tough in the lead"
Two tough races and round trip to Naples can prove costly, but Stefan Melander seems very happy with his horse for this Sunday's race.
"They'll trot under 1:10 twice in one day on Sunday if the weather is nice and track is fast and then we'll see if the Italy trip was too hard on him. I don't think so, he feels fantastic at home.
Jorma Kontio will drive Disco Volante and Stefan Melander usually doesn't tell the drivers which tactics to use when he doesn't drive himself. From post two the tactics seem obvious however.
"It will be very exciting. He's so quick out of the gate that he should be able to get to the lead and and he's very tough in the lead. Of course it depends on what kind of trips the opponents get and so on but I have to believe in my horse. He's got a chance".
Any extra gears when it comes to equipment Stefan will wait for the final - if he gets there - to use.
"He'll race barefoot upfront and in an open bridle in the elimination. Then if we reach the final we'll see what we can do..."
2-0 against the Elitlopp favorite
Milligan's School also drew post two in his elimination and he has a better looking resume than his stable mate. He actually has 2-0 on Readly Express after having won the Sundsvall Open Trot and finishing second to Propulsion in the Masters final. But he hasn't raced since he made a break in the final of the Olympic Trot a month ago.
"Time got away from him a bit and maybe he could have used a race in between but there hasn't been anything wrong with him and he usually races well coming off a break. It's not really a break though since he's trained as usual and he felt awesome as he trained a little tougher today (Tuesday). He's strong and has a dream post to make it to the final, but his form is a question mark. I think he too will race barefoot upfront and in an open bridle in the elimination".
Time to try some new gears
Stefan Melander's best chance on paper to win on Sunday is in the four year old elite. He has the American born Evaluate (V75-6). In his most recent start he finished fourth in the King's Trophy after having won his previous three starts since arriving in Sweden. It's time for some very interesting equipment changes on him.
"I was very happy with his last start. It's not easy when they trot 1:07 speed and you have to go three and four wide. He did what he could and we have some gears left that we might use this time. He might race with blinds and without shoes. He feels fabulous in training and of course I will come go on the track believing I have a chance to win" Melander says before jokingly adding:
"But Örjan chose to drive Missile Hill so I guess we'll have to race for second place behind him".
Evaluate's stable mate Im Your Captain is also in the race.
"He could be a big surprise in the future this little horse. He's a good sprinter who has raced over 2,100 meters twice in a row. I think he will race well on Sunday but it's probably impossible from post eight".