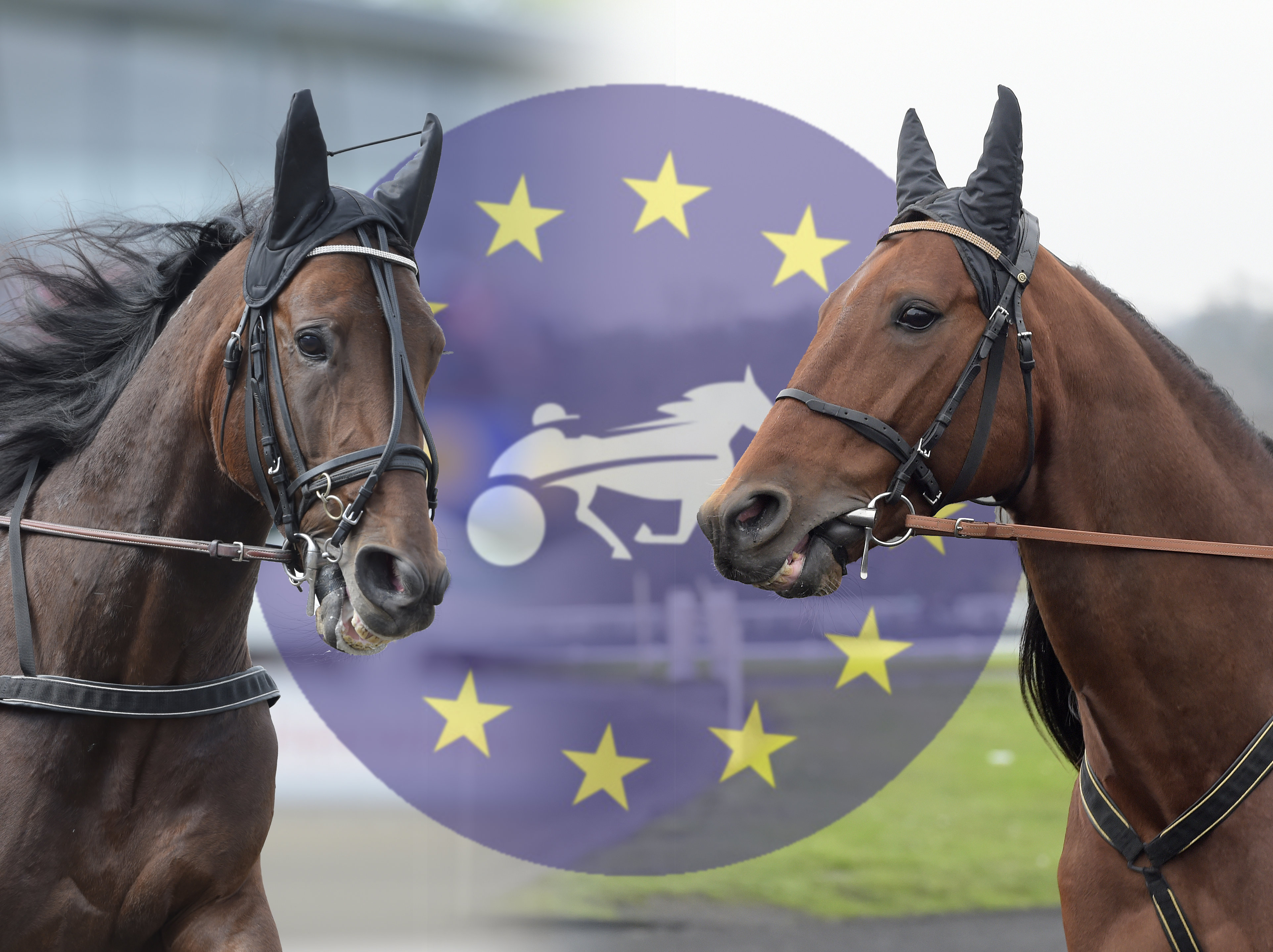 One of the richest trot races in the world.
A European Championship for trotters.
Twelve of the best trotters in the world with world class horses like Propulsion and Readly Express as the standouts will compete for a first prize of SEK 2 million in the final of Trotting Masters in Östersund on Sunday.

Elitloppet, Prix d’Amerique and La Lotteria are three of the races where the trainers have collected points with their horses during the year.
Points that have qualified them for the final of the European Union UET's Trotting Masters with Sweden as the host in 2018.
Examples of horses who miss this final are the French phenom Bold Eagle and Elitlopp champion Ringostarr Treb, who hasn't raced since winning that race in May.
On the contrary we will get to see a rematch with a capital R.
Östersund racetrack will be the scene for the rematch between Propulsion and Readly Express, the winner and runner up from the heavy weight match in Åby Stora Pris in August.
"I've been hoping for this for quite some time and thought that if I get those two, then the race is set plus we're getting other top horses like...you know, I describe it as if we would host the final in European Championships in soccer here on our little stadium in Östersund. That's how big this race is" says racetrack manager Jan Quicklund.

Gets Goop back
Besides the Trotting Masters there's also a full V75® card on Sunday, post time for the first V75 race is at 14:30.
The Trotting Masters final will go off as V75-6.
Björn Goop has not driven Readly Express since they won Prix d'Amerique together in January. On Sunday he gets to sit behind Timo Nurmos' super star again.
Readly Express got nosed out in the photo by Propulsion at Åby Stora Pris and he out for revenge. But he was not at his best in his last start, in Sundsvall Open Trot. The explanation came a couple days after the race when the veterinarian found that Readly Express had some redness in his throat.
Andreas Lövdal, Timo Nurmos stable explains:
"His throat is fine and everything looks good now. Timo trained him here on our track at the farm this past Monday and he was happy with how he felt. We knew right away after the race that something was wrong. Readly pretty much never puts in a bad performance and he never quits. But these are live animals and you can just never know for sure" says Andreas Lövdal.

Puts out a warning
If everything works out, the plan is to bring him back to France again for the winter. Andreas Lövdal again:
"All I know at this point is that he'll be travelling down there sometime before Christmas to try to win Prix d'Amerique again. The race this Sunday turned out to be a good one too. It's not often we see a race of this caliber north of Stockholm".
Readly Express seems to be fit for fight again. Andreas Lövdal in Timo Nurmos stable is optimistic about their horse's chances to win but he also puts out a little warning.
"Everything looks good now but you never know with horses who have had throat issues, when and where they could show up again" Lövdal says.
Three handicappers on the Trotting Masters final:

Micke Nybrink, trotting expert and TV handicapper:
"My spontaneous answer is that Propulsion will win it. As opposed to Readly, Daniel Redén's horse has not been sick and that can not be stressed enough. We can't expect to see a Readly Express in top form".

Stefan Hultman, trotting expert and handicapper ATG® Live:
"The final this Sunday is of very high quality. My assessment is that it will be between Propulsion and Cyber Lane. Cyber Lane is very quick out of the gate and the question is if he can outleave Propulsion. It's not impossible. My pick is Cyber Lane, he's a horse on his way up and I think there are more gears to be found in him. If you flip the scenario, I don't think Cyber Lane will beat Propulsion if he has to go on the outside of him".
"Unfortunately we're very unsure of the form on Readly Express. At the same time, I have a lot of respect for Timo Nurmos, he would never have entered his horse unless he felt good" says Stefan Hultman.

B-O Månsson, track program handicapper:
"This is a very good race. After thinking for a while I got to the conclusion that I would have to pick Propulsion. After Prix d'Amerique I said to myself that no horse in the world can beat Readly Express when he's in the lead and then Propulsion does just that at Åby, despite that...you almost can't trot any faster than what Readly Express did and still Daniel Redén's horse makes up an entire length on him down the stretch. Readly Express wasn't healthy at Bergsåker and that feels like a negative".
"I still don't want to leave him alone on my ticket since I have huge respect for Readly Express. I will use three horses on my ticket in the Masters final. My third horse is the French Up And Quick, he could get the perfect trip behind those two and catch them in the end. There are lots of races to choose from in France and they're still making the trip up here to Östersund. It feels like the French are coming to win" says B-O Månsson.