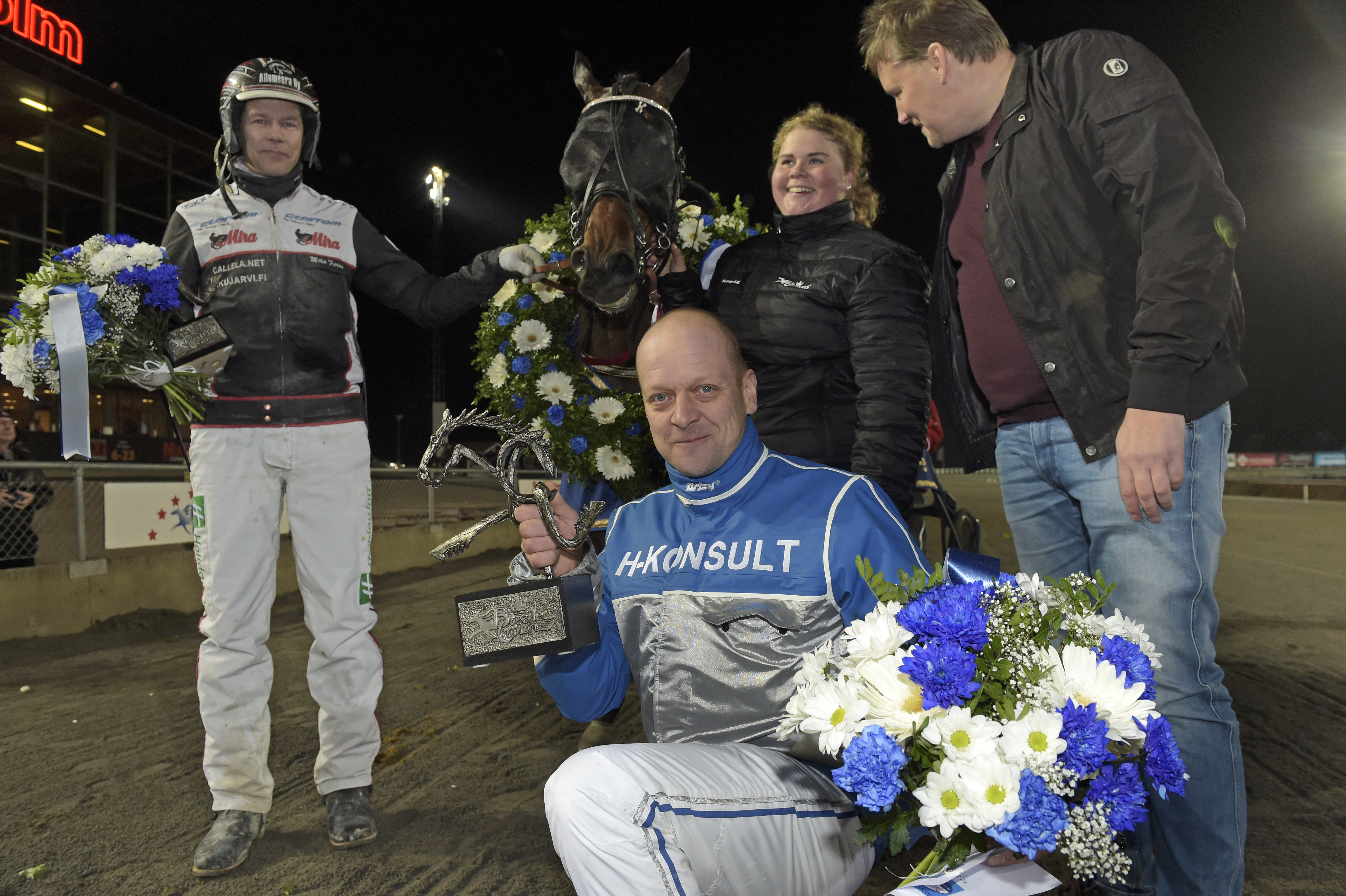 One year of preparations paid off.
Selmer I.H. got his revenge in the Breeders Crown finals Sunday afternoon in Eskilstuna.
"This has been the goal all year, it all worked out" said winning driver Mika Forss after an epic stretch duel against the big favorite Perfect Spirit.

The last day of stakes finals here in Sweden lived up to all the expectations.
The four Breeders Crown finals at Sundbyholm racetrack in Eskilstuna delivered great sport and impressive champions.
The showdown to remember was in the four year old horses and geldings division.
Daniel Redén's Hambletonian winner Perfect Spirit had pretty much been toying with his Swedish opponents during the season and was about to complete his hat trick after winning both 'Kungapokalen' and 'Sprintermästaren'.
When the soon-to-be dollar millionaire Perfect Spirit trotted straight to the front it looked like it would be a smooth ride for the first Hambletonian champion to race in Sweden since Scarlet Night and Mack Lobell.
But one horse had other plans.
The little guy, the amateur trained Selmer I.H. from Ratu just north of Umeå was out for revenge.
In last year's Breeders Crown final as a three year old he was the favorite but got interfered with by - Örjan Kihlström and had to settle for third.
Since he wasn't paid in to any other stakes races, trainer Ingemar Hultqvist and assistant trainer Sami Sundqvist had aimed for this particular race all season.
And when the day arrived, Selmer I.H. showed that he's not just any horse.
Kihlström looked very confident and waited until last second to pull the ear plugs and the pull down bridle on Perfect Spirit but it wasn't enough to hold of the little warrior from Umåker, who came charging hard with legs like drum sticks down the Sundbyholm home stretch.
After a long wait while the judges were examining the photo it was clear that Stall Ratu, Ingemar Hultqvist and Sami Sundqvist had achieved the biggest success of their careers.
"Now I can relax. This was our big goal and we succeeded" said Sundvist about his star who will close out the season at his home track Umåker during their V75® on Christmas day.