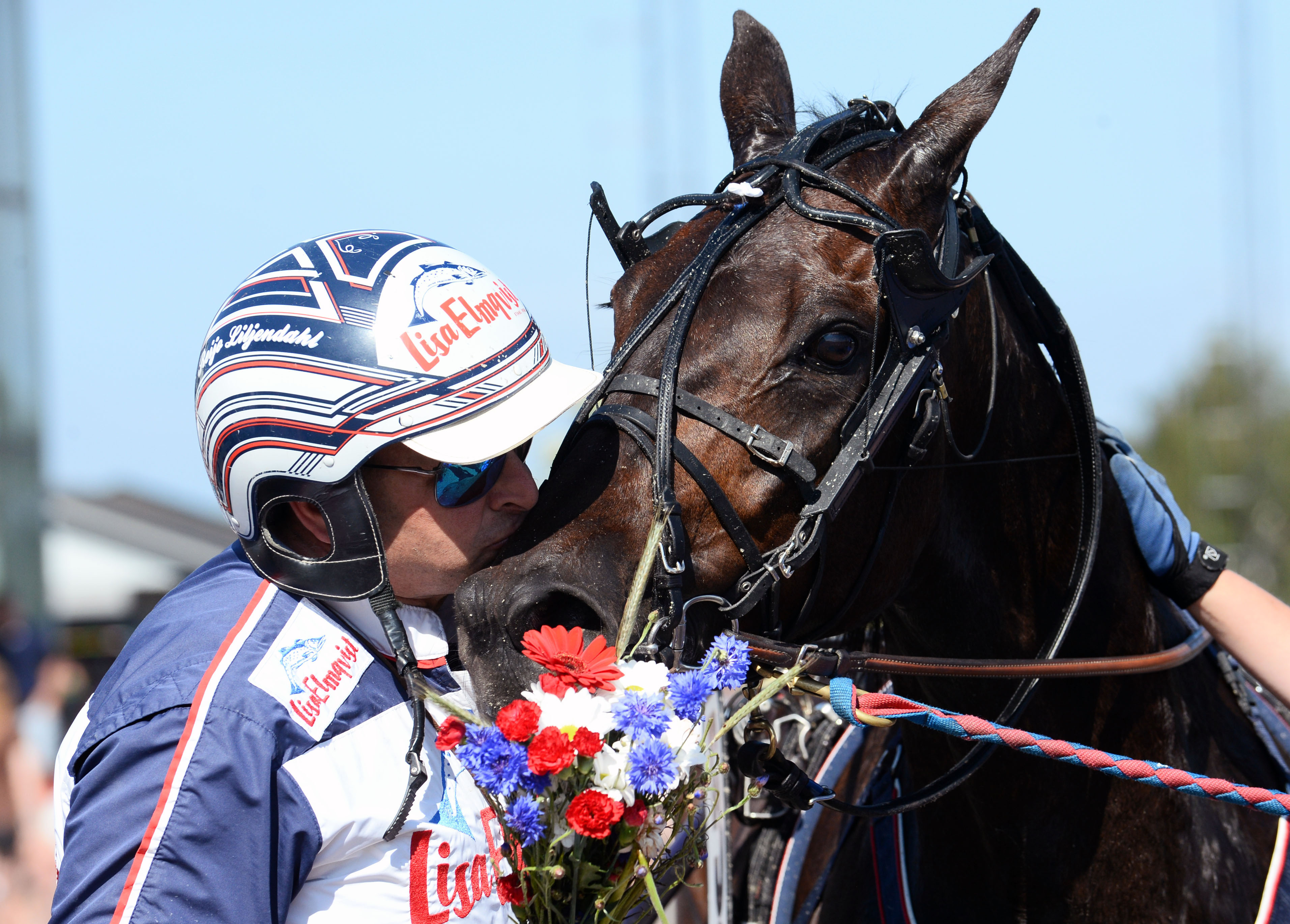 Super star Propulsion can take home Norrbottens Stora Pris for the third consecutive year this Saturday.
But in the other corner is Nadal Broline and he's looking to give the champion Propulsion a run for his money.
"There is an opportunity" says trainer Reijo Liljendahl.

Both Propulsion and Nadal Broline are making their first starts since Elitloppet. None of them were able to beat Ringostarr Treb but they both delivered very strong finishes from far back in the field and cut the wire as second and third.
"After the elimination I had a good feeling since we didn't have to empty him. Had had something left in the tank and you need that for the second heat. So I actually got my hopes up there" says Reijo Liljendahl.
"In the final he didn't have any racing luck at all and he was last after three quarters of the mile. At that point I thought his chances of hitting the board were gone. But he delivered a great finish and showed that he can compete in these types of races".

Lucky draw for Nadal
Finishing third in Elitloppet gave Nadal Broline's Finnish owners SEK 750,000. On Saturday the reward could be even bigger. The winners of Norrbottens Stora Pris receives SEK 1 million. In last year's edition Nadal Broline finished fourth behind the winner Propulsion. But then Propulsion had post two behind the gate. This year Nadal Broline drew post two while Propulsion will start from a trailing position.
"There is an opportunity, but to win Norrbottens Stora Pris you also need racing luck. We need things to go our way and maybe for Propulsion to run in to some problems so that we can save our speed for the finish".
"Propulsion has been impressive and there are other good horses in the race but mine is good too and we drew a good post so we'll give him a run for his money".

Even better this year
Nadal Broline has defeated Propulsion before. In Sundsvall Open Trot last year it kind of looked like this year's Elitlopp turning for home, except that Nadal Broline was ahead of Propulsion and also finished ahead. Reijo Liljendahl thinks that Nadal Broline could improve this year.
"He's a horse who doesn't have a lot of starts so these tough races will actually do him some good. Normally there's not a lot of progress in an eight year old, but I think if he stays healthy he will keep improving this year".
Saturday's feature will go off as the last leg of V75® under the midnight sun. V75-1 will go off at 20:30 and just before 23:00 it will be determined which horses were the best and how the V75 millions were divided. V75 comes with a double jackpot and if you end up the sole winner, you can go to bed SEK 44 millions richer.