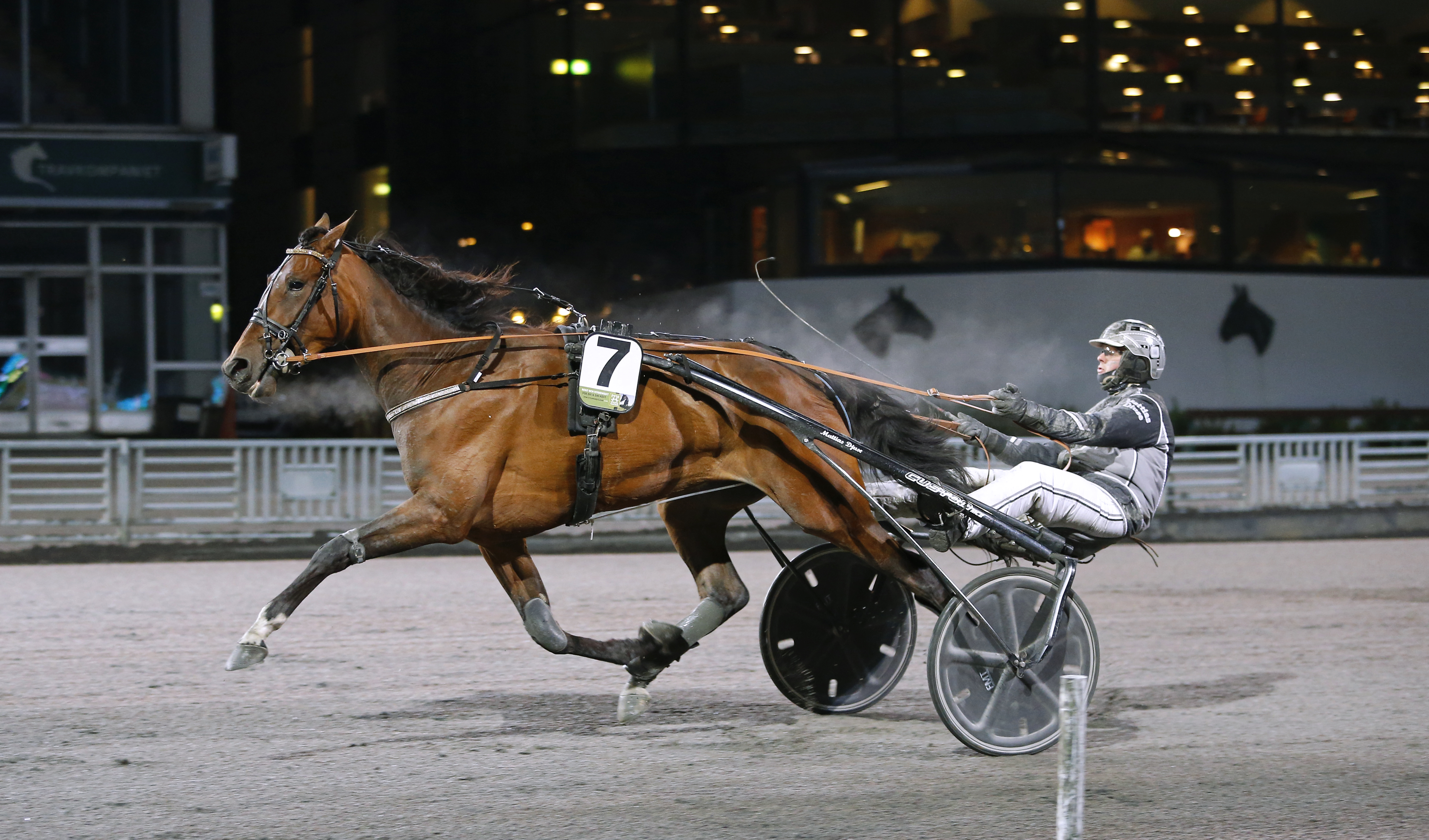 V86®: Failed to deliver in her last start - will be better now

After several impressive wins Ninja's Kiss failed to deliver in her last start.
On Wednesday the hopes are that she will start a new winning streak.
"I have to believe that she is good enough in here" says her trainer Mattias Djuse.

Four year old Ninja's Kiss (V86®-4) won her first lifetime start back in November of last year. She then made a break in her second start before finishing the year with two straight wins, both after trips outside of the leader. With those results she was made one of the favorites when she made her first start of the year in 'Margaretas Tidiga Unghästerie' at Solvalla on February 8. But she was not quite herself that night. After getting a good second over trip, she faded and finished eighth.
"We hadn't been able to prepare her the way we would have wanted to for that start so she came up a bit short. She just wasn't prepared enough for it. Down the backside I felt that she didn't have much left so I never pulled her" says Mattias Djuse.
With that race in her legs and being better prepared now, the Solvalla trainer thinks his talented four year old mare will come up with a much better effort this time.
"Everything seems well with her after her first start of the year and it feels like that race gave her a push in the right direction. She has to prove it first but I believe in a better effort this time and she should be able to do well here".
Ninja's Kiss has shown that she can do a lot of the hard work her self in a race, but Djuse is hoping to give her a nice stalking trip.
"Beforehand I don't want to race her too tough but we have to see how the she feels and how the race unfolds, too".
However she does on Wednesday, the trainer predicts a bright future for his talented mare.
"She has shown so much talent that I have to believe she can go pretty far".

"Counting on a similar effort"
Ninja's Kiss will race with the same equipment as she did in her last start and the same goes for stable mate Master Of Trix (V86-6). He will see the racetrack for the first time in over two months.
"He didn't race up to par in his last start and he turned out to be sick. Everything seems well in training and he is prepared pretty much the same way as he was when he raced at Bergsåker in December".
That time Master Of Trix returned after a four month long layoff and he won easily after a third over trip and having gone three wide down the backside. So he doesn't seem to depend on racing frequently to be in good enough form to win.
"Exactly. He won in a good way then and I expect a similar effort this time too. I'll race him the same way now and then we'll have to see how the race turns out. It could be a slow start from post four in 'volt' start. If everything works out, he could win. But I would say that Ninja's Kiss is the one with the better chance to win out of the two".