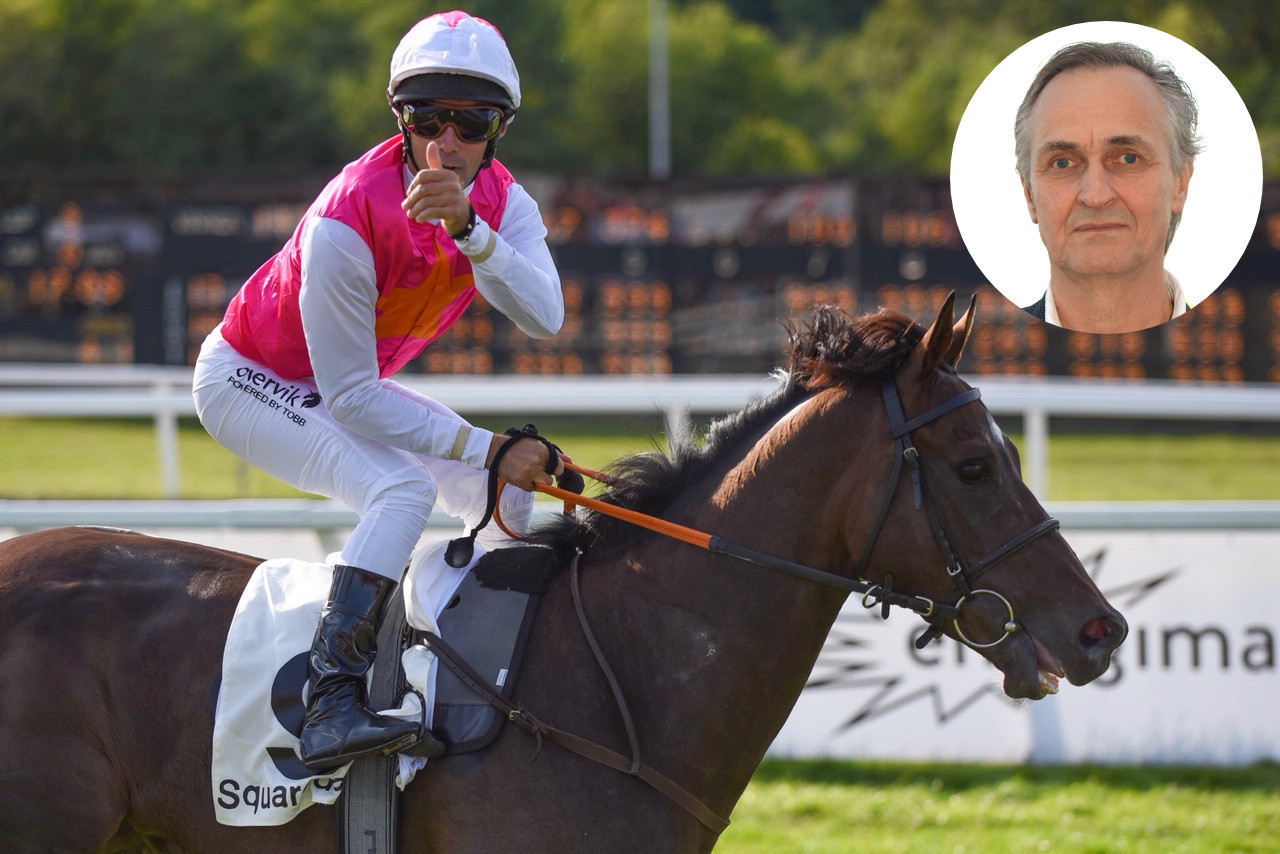 GS75®/Stockholm Cup: "I don't know if I've ever seen a better horse"

Stockholm Cup is the biggest race in Scandinavia for the thoroughbreds.
The competition is stiff but it might not matter.
The favorite this Sunday Square de Luynes is an extraordinary horse and the expert Ulf Zeider are searching for words to describe the horse who is coming to the rich race at Bro Park.
"It's hard to compare but I don't think I've ever seen a better horse in Scandinavia".

Square de Luynes is the big favorite in this Sunday's Stockholm Cup International at Bro Park. He's a big four year old French born stallion who is owned and trained in Norway.
The dominant Niels Pedersen won Stockholm Cup five consecutive years from 2011, four times with Bank of Burden and once with Without Fear.
This year could be his year again with a horse who's only made seven starts.
The Norwegian Derby over 2,400 meters last year turned into a show for Square de Luynes.
After being off for ten months, Square de Luynes was good in his return back home in Norway. In the end of June he was once again in a class of his own in Oslo Cup, also over 2,400 meters.
He's coming into Stockholm Cup after having won Marit Sveaas Memorial in his last start.
Experienced handicapper Ulf Zeider leaves Square de Luynes singled out in the sixth leg of GS75® on Bro Park's big family day this Sunday.
"Despite having done this for so long I'm getting some butterflies in my stomach when I know I'll get to see a horse like this race here. I've watched horse races since 1960 when I got to go to Täby with my father. It's hard to compare...but I don't know if I've seen a better horse in Scandinavia. Not to be confused with the rest of the world - but he sure is exceptional. He's scary good" says Ulf Zeider.
The world awaits
Niels Petersen has said earlier that he's considering racing in Hong Kong, Canada and USA with his horse. Maybe he'll ease him into it with a start in Paris, first weekend of October after Stockholm Cup.
"Mr Petersen chose between Stockholm Cup and a race on the Saturday of the l'Arc de Triomphe weekend. Even if the two races are close in time he might go to both, I'm not sure how Mr Petersen is reasoning there" says Ulf Zeider.
Handicapper and racing lover Ulf Zeider thinks that this Sunday could be the last chance to see Square de Luynes race in Sweden.
"I know they have big plans for next year when they will go to bigger races. He's a star in the making unless something happens. Oslo Cup this past summer was a one horse show. Rafael Schistl who rode him almost stood straight up in the saddle, he almost fell off" says Ulf Zeider laughing.
Trying a new jockey
In Stockholm Cup a certain Robert Havlin will get the chance to ride Square de Luynes. Havlin is the second jockey for John Gosden, one of England's biggest trainers.
He will be flown to Sweden to sit behind Square de Luynes for the very first time.
"Since 2015 this guy has won 363 out of 3200 starts. Niels Petersen took his time to find the right jockey for his horse. Robert Havlin wasn't on the sheet at the time of entry" says Zeider.
What do you think his tactics will be?
"He will be ridden aggressively. Not necessarily in the lead but near it for sure. He has the strength, which they will use. I want to put out a little warning too. The horse has never raced at the Bro Park turf, a track that never gets heavy no matter how much it rains. It gets very slippery though, which makes big horses like him struggle with gripping it. But he could be just fine with that too".
Every horse can lose. Who are his toughest opponents?
"We have Crowned Eagle who finished second in this race last year. He's a good horse, no bluff. He was second in a group II-race in Italy in his last start. We also have the Danish horse King David who also is a good horse and he has won in Germany. So he needs to do more than just show up to win the race".
But this is an extraordinary horse who should be hard to beat?
"Yes. Square de Luynes is an enormous horse with a powerful gait. Strength is the word you think of when you see him".
Start list
Stockholm Cup International
2,400 meters, turf
1. Quarterback - Sandro De Paiva
2. Master Bloom - Carlos Lopez
3. Bokan - Jan–Erik Neuroth
4. Freestyler - Shane Karlsson
5. Gold Tyranny - Per–Anders Gråberg
6. Crowned Eagle - Luke Morris
7. Amazing Red - P J McDonald
8. Suspicious Mind - Elione Chaves
9. Giuseppe Piazzi - Martin Rodriguez
10. Learn By Heart - Rafael de Oliveira
11. Square de Luynes - Robert Havlin
12. King David - Oliver Wilson
First price: SEK 1.000.000