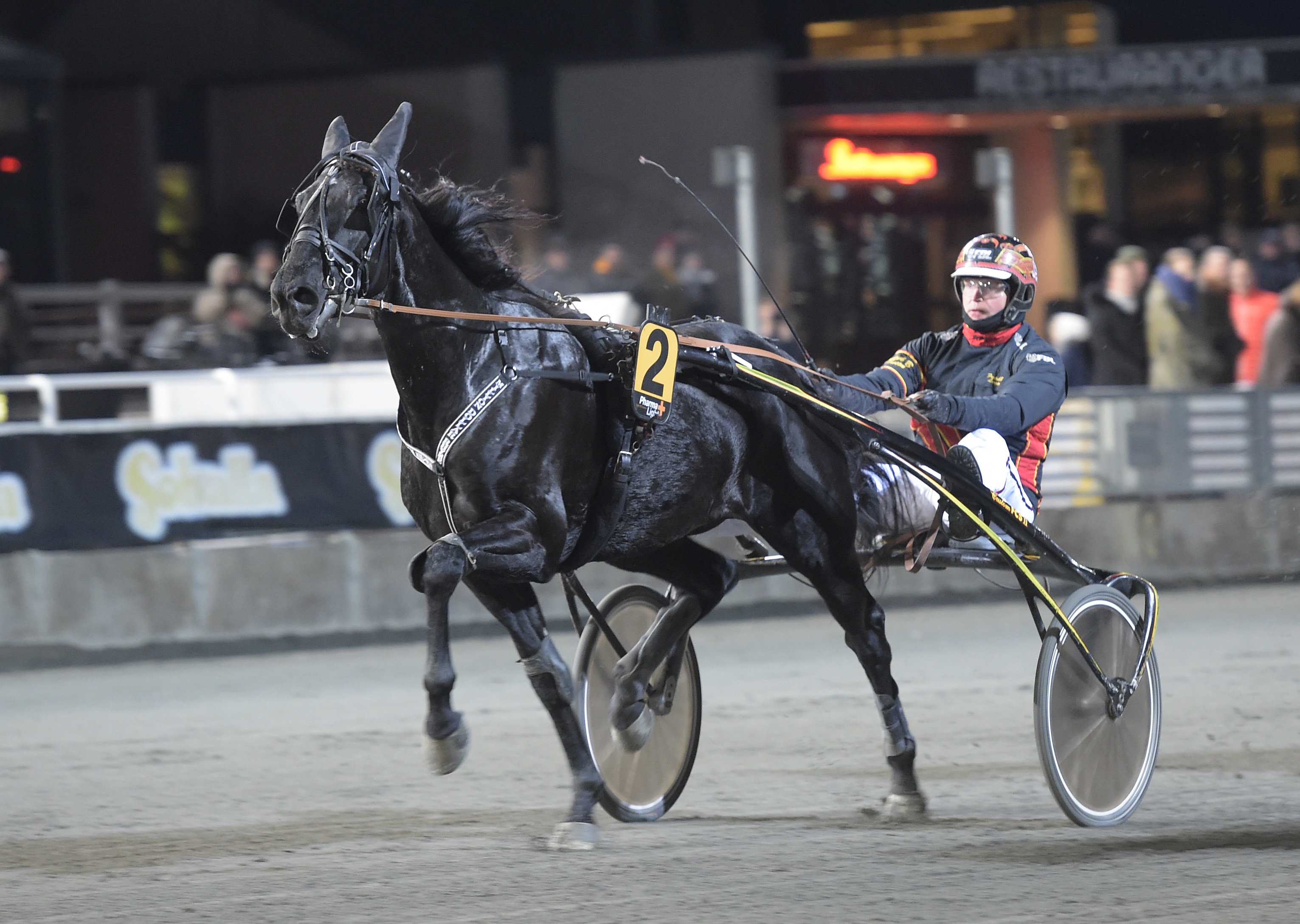 He closed out last year in impressive fashion.
Strengthened by another winter of training he could be an exclamation mark this year.
Milliondollarrhyme will start off his season on V86® this Wednesday at his home track Solvalla.
"I'm so excited about him returning to the races again" says trainer Fredrik B Larsson.

A year ago Fredrik B Larsson called his then four year old giant an unpolished diamond.
Nine months later Milliondollarrhyme (V86®-8) closed out his season with an impressive victory in a V75® final at Solvalla. He won 5 out of 15 starts and made a total of SEK 800,000 in 2018.
"Last year was good. He had a little bit of a dip when he was sick but overall it was good and he kept developing as the year went on. After the Derby elimination (August 22) he really found his form. He was very good when he won his last start of the year and I put him away sound" says Fredrik B Larsson.
How close to being polished is he now?
"He's starting to feel like a complete racehorse but he's not completely polished just yet. He's a big horses with just one season on the tracks and normally he would keep developing further. And I think he will".

"The fastest horses I've ever driven"
How is the Milliondollarrhyme of today different from the horse we saw last time he raced?
"He has filled out a bit more. He's a big horse like I said and I believe he's become more stable in the races. The winter training did him well and he's calmer now. It's been an issue with him some days when he's been too hot and had a mind if his own. We've worked on that a lot and I hope it will be better this year".
How would you describe him further?
"What sticks out is how fast he is, he might be the fastest horse I've ever driven. He has an incredible gait and he covers so much ground. He's been good on 2,600 meters too but I would say the speed is his best feature".
Is this a horse for the elite in the future?
"No doubt. He's shown that he's extremely good and that he can trot fast. He's an incredible athlete, with a lot of ability. We'll see how much he can develop during this year and how much each race will improve him".
And there's some more to do when it comes to equipment too?
"He has always raced with shoes, in a regular sulky and mostly with set earplugs. So we have the barefoot gear and some other things left to look forward too".
What is your plan for the year with him?
"I don't have a plan for the year. I've planned this start and then we'll evaluate and see where we go".
What are your thoughts on his race this Wednesday?
"It's a great race with many good horses so it's a tough race to start off the year with. He feels good but he might lack some speed in his first start back. It's hard to say when I train him since he's kind of lazy and laid back at home and doesn't do more than asked so it will be interesting to see where he's at. He will race with shoes, a regular sulky and a blind bridle as usual. It feels like he's one of many horses who could win the race".

Up in form and barefoot
What's the status on Princess Cristal (V86-4)?
"Good! She races well in her last start. There was a recall and that took a lot out of her, but she finished well in the race and she's on her way up in form. She will race barefoot for the first time now and I think she will race very well".