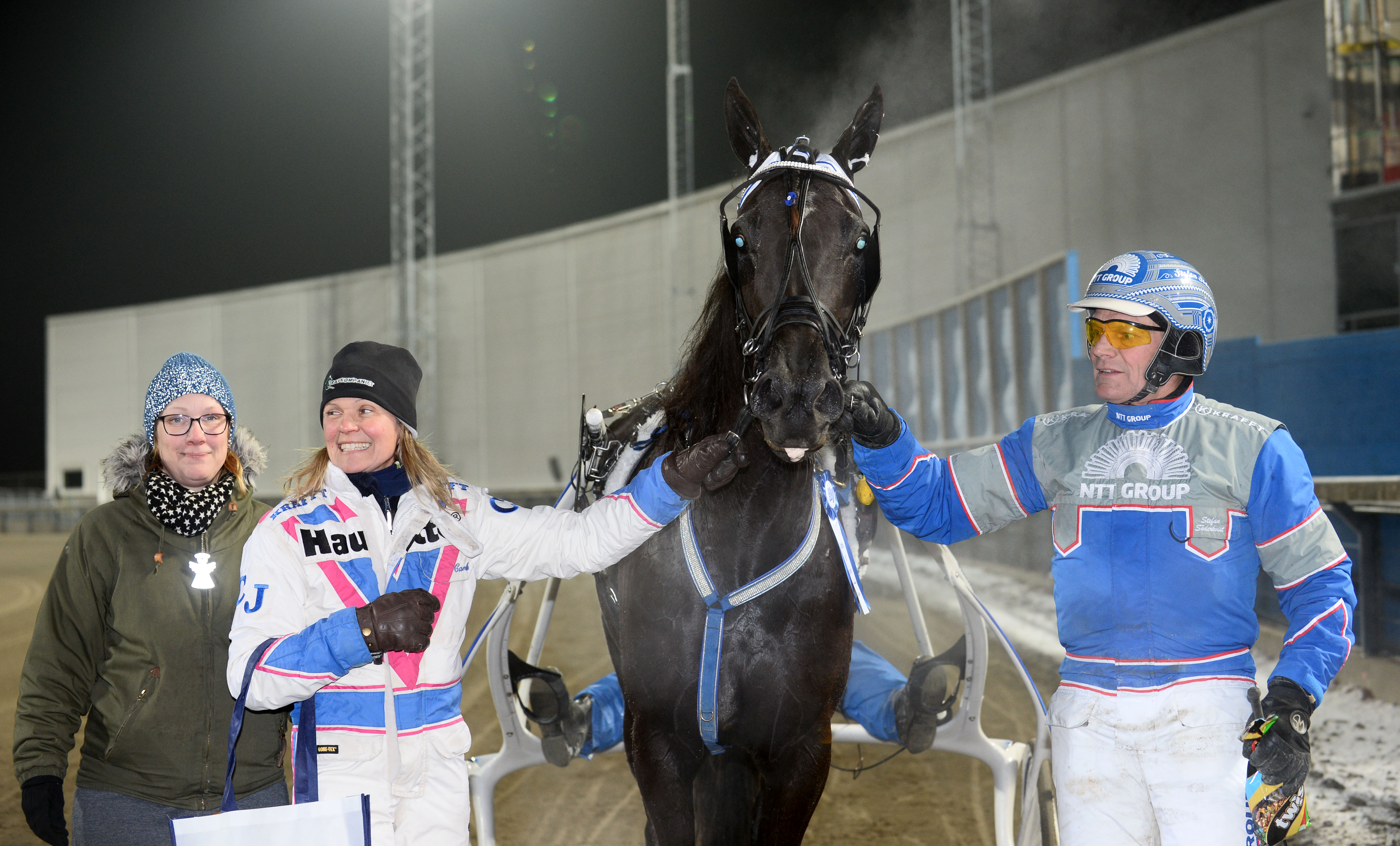 The queen is dancing in the sand

The sand track has made her find a couple of new gears.
On Wednesday her successful winter continues with a start on V86® at Jägersro.
"She is just dancing in training" says her trainer Camilla Jonasson.

Queen of Sand (V86®-1) has won 5 out of 19 lifetime starts so far. Three of those wins have come since last fall when she returned to the racetracks after a few months off.
"Her winter has just been fantastic" says Camilla Jonasson who got the biggest win of her career when Queen of Sand won the final of Diamantstoet at Solvalla and made SEK 250,000.
"I haven't been close to anything like that before".

Trains in the sand dunes
The Halmstad licensed professional trainer Jonasson has a farm in Slöinge, south of Falkenberg and just a stone throw from the sea and Långasand beach. That's where she trains when the weather allows and there are no people on the beach.
"From March until May it's perfect to train on the beach. It's wonderful both for the horses and myself. But during the busy season I can't train there so I built my own sand track two and a half years ago. It's been a great compliment to the rest of my training facility".
Queen of Sand is a great example of how well training in the sand can work. After starting her racing career shaky she went through a kind of transformation in the sand.
"I trained her on the gallop for three months in the sand and then as I raced her, all I could say was wow!" says Camilla Jonasson.

"She was heroic"
The queen of sand - the four legged one - last finished fourth on the front end in a mares race on V75® at Solvalla. It might not sound very impressive but the track was very hard to master that day and in pretty much every race the horse on front came up empty as they turned for home.
"I thought she was heroic, just awesome. She also came out of it very well. Normally I might have let her rest a couple weeks but she feels so good. She's just fantastic in training and the way she feels now she's even better after that last race".
In the race on Wednesday Queen of Sand will start from post five behind the gate and it will be the first time she'll race over the short distance.
"It will be fun to try her over 1,640 meters. We'll blow her out and it will do her good, as a part of her 'education'. Post five is good the inside horses don't look like they can leave that fast. The plan must be to get to the front it keep the Dutch mare (Gina Schermer) on the outside the entire race".
Queen of Sand will race with the same equipment as she gas before - regular sulky, blind bridle and aluminum shoes - and trainer Jonasson believes in her mare.
"She will have a good chance to win".