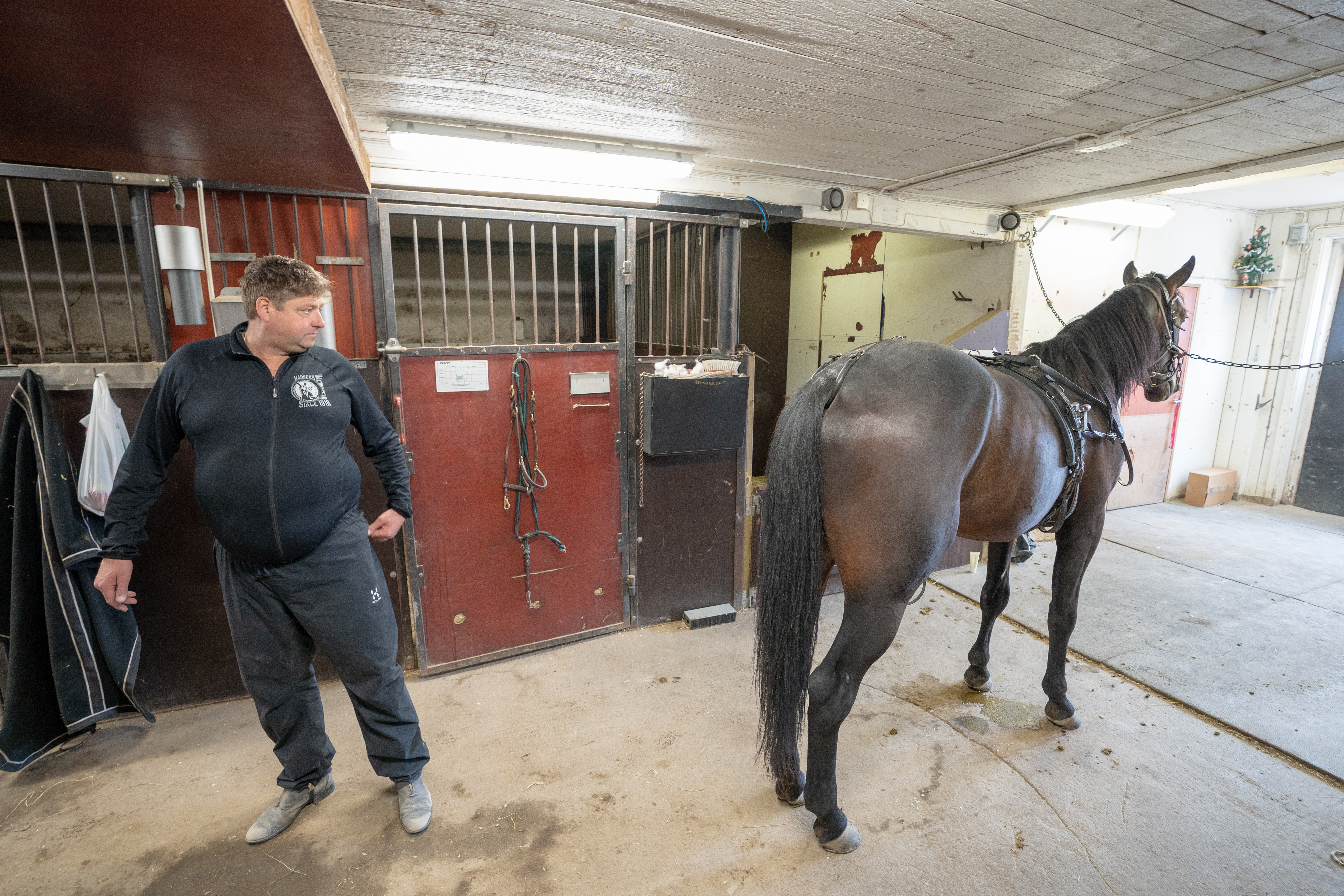 Svante Båth is a trainer who usually keeps a pretty low profile in the interviews before races.
He even apologizes for what he calls 'boring answers' regarding this Saturday's V75 card at Rättvik.
He doesn't even sound too excited when it comes to his top four year old Bythebook in the final of Sommartravet.
"My horses are in good form but with post positions and such I don't think anyone feels particularly hot".

Rättvik's V75 card with the final of Sommartravet is an indication that the warm season is soon coming to an end.
Many of the most successful horses on V75 during the months of July are not participating in the final, V75-7. But Daniel Redén's Vae Victis Club, Björn Goop's Guillaume Boko, Mattias Djuse's Racing Brodda and Gävle based trainer Kristofer Jansson's Raja Ribb are some of the nice trotters we will see racing for the SEK 300,000 first prize.
In the far rear of the field, starting with a 40 meter handicap we find Svante Båth's top four year old Bythebook. He won his Sprint Championship elimination in the beginning of July and he could be the most talented horse in the field.
Bythebook is not used to starting with a handicap and having to go around a full field.
Svante Båth wants to try this type of race with his horse, who he thinks is best on the short distance.
"This will be a new experience. Some of the owners wanted to race him elsewhere but I wanted to try racing him from behind and preferably on this distance as a stepping stone for the future races coming up. It's also nice that they're racing for good money" says Svante Båth.
The Solvalla licensed trainer emphasises on the fact that driver Erik Adielsson will not sacrifice the horse to win.
"We will not sacrifice the horse even if the tempo would be low upfront. Bythebook will sit behind horses and use his speed at the end. I hope we have some luck and that the pace will be high and that he will pass as many as possible in the finish. He can trot pretty fast when he gets to sit and wait like that".
"Felt unnecessary"
Bythebook won his Sprint Championship in Halmstad from the lead. In the final Wim Paal with Usain Töll was trying hard for the lead and Erik Adielsson had to go the first 500 meters in 1:06.6 speed to defend the lead. Bythebook then finished sixth.
"It felt very good after the elimination...and very unnecessary after the final. if you have any clue about setting the pace you understand that the race was over for the parties involved when they had to go so fast for so long. But that's what happened".
Aiming for the Derby
After this start in Rättvik the next task for the horse is the Derby eliminations.
Bythebook won Svensk Uppfödningslöpning as a two year old on 1,640 meters and he proved to be compatible in the Spring Championship - also on the short distance. One might wonder if it's 1,640 meters or 2,640 meters that is his best distance.
"He pretty much never pulls so I don't think 2,640 meters would be a problem. But he is so wicked quick out of the gate so 1,600 meters is definitely his best distance".
On Saturday Bythebook will get to come from behind. No aggressive drive?
"He is pretty speedy but we will race him with the next start in mind this time. This race...the big picture is more important that the result. Nothing extraordinary when it comes to equipment. He will race with shoes and in a regular style racebike".
You had four winners in Visby last Thursday. What can you say about the form of the stable?
"It's OK I think. No complaints there".
Three of your other four V75 starters will start from the second tier. Let's start with Esprit Sisu (V75-3) who drew post position ten again in the gold division over the short distance. Last Saturday he raced along the pylons and finished third.
"Esprit Sisu once again closed very well down the stretch. He has delivered in pretty much every start. In the gold division he needs some help along the way. If everything goes his way he could end up on the photo".
Global Wizard drew post position twelve in the bronze division (V75-2). In his last start he sat behind a tired horse along the pylons in Östersund. What are his chances?
"I think the driver made the right decision to take a seat in the first turn. But it turned out to be bad cover and he never got the chance. From post twelve we need lots of luck. Normally we're happy if he makes money from there".
Adriatic Kronos was good in his return after having throat issues in May. He was very good in Visby last Thursday after having raced outside the leader. He will start from post position nine behind the gate - in the second tier in the bottom class this time.
"We trained him pretty tough since I thought he should be able to step it up a couple of notches, being that he is a pretty good horse. But I haven't gotten as much out of him as I thought I would. Visby was a big leap forward. 2,640 meters is not an advantage but he's fine with it. If the pace is high he should have a chance. He fits this class well. Bastian Boom drew post position one in the same race. He can leave fast but the distance is no advantage. Here he has a good post for a ground saving trip. He was good in Årjäng so the form should be pretty good. But on this distance he needs a lot of luck".
So which horse is your best chance on Saturday? They are all in good form but you lay low.
"I really don't know...it's a boring answer but I don't think anyone feels particularly hot for Saturday".