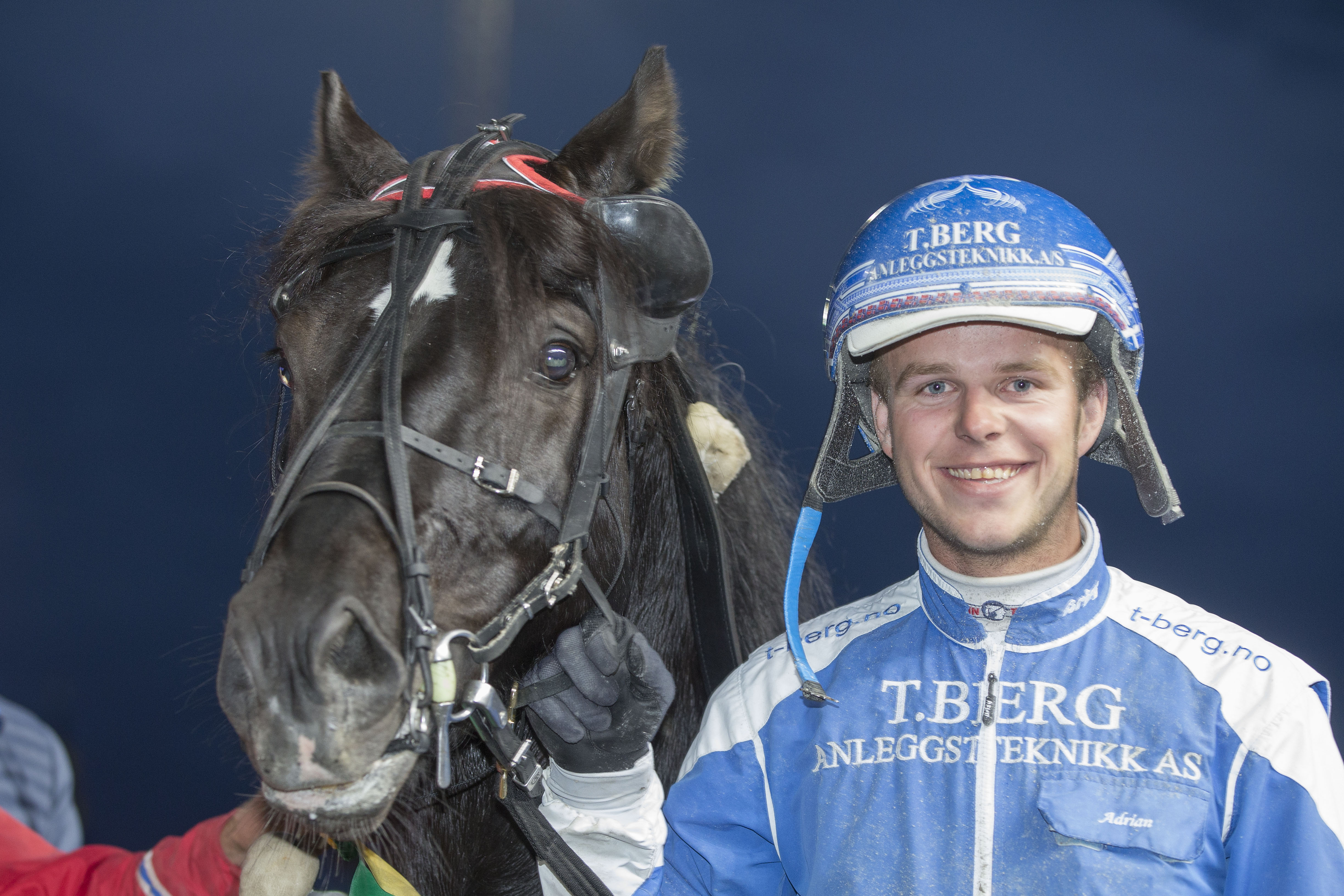 V75®: Bad luck in the draw for Norway's best

A favorite with a better post position.
On Saturday the best coldblooded trotter in Norways Odd Herakles needs some racing luck to get the victory in Unionskampen at Färjestad racetrack.
"He always does his best and he is like a warmblood to drive and he still has a chance to win" says driver Adrian Solberg Akselsen.

The fall is upon us and with that comes the international match between Sweden and Norway in Karlstad.
The coldbloods' showdown in Uniontravet will go off as the sixth of seven V75® races this Saturday where ten horses from Sweden and Norway will go to battle for the first prize of SEK 300,000.
Except for Månprinsen A.M. all the best ones will be behind the gate.
Odd Herakles is having his best season as an eight year old and has proven he's hard to beat back home in Norway.
Six out of nine starts have been victorious for the eight year old in 2018. Impressive ones too. Odd Herakles was the huge favorite in the Norwegian Championship two starts ago and he also won the classic race Jacob Meyers Pokallöp​ earlier in the spring.
The only three times he hasn't won were in Elitkampen at Solvalla in May, when he raced Månprinsen A.M. and when he raced the best Finnish horse Polara.
"I really like him and I feel that he's taken the position as the best coldblood in Norway now. He's been at all distances and raced from every position this year. Yea, he's been good all year" says Odd Herakles' 24 year old regular driver Adrian Solberg Akselsen.

Post nine a disadvantage
In the international battle on Saturday Odd Herakles doesn't have to face Månprinsen A.M., the horse he lost to in his last start at Åby.
But the eight yer old is very quick out of the gate and rarely misses the front, so the fact that he has to start from a trailing position this time is a big disadvantage.
Lome Brage looks like the horse getting to the front from post four on Saturday. Had it been Odd Herakles from post four and Lome Brage from the second tier it would have been a different story.
"Then we would be the favorites and Odd the horse to beat. It is what it is and we'll have to deal with it. He's been lazy behind horses and better on the front end earlier" the driver says.

Career year driving
Adrian Solberg Akselsen works in the big Frode Hamre stable since a couple years back and has gotten chances driving the bigger races this year. He's having a career year driving, with 35 wins in little over 300 starts and earnings of SEK 3.5 million.
Odd Herakles is trained by Adrian Solberg Akselsen's old employer Lars O. Romtveit.
"I started my career working for Lars and we had some really good coldbloods like Bork Odin, Timian Scott, Dotterud Teddy and Norheim Fakse, but Odd Herakles must be the best of them all" says Adrian.
He says he's not afraid to make an early move with Odd Herakles who is looking for revenge from last year when he lost this race to Odin tabac and Oskar J Andersson after a tough trip.
"My choice of tactics will depend on who's outside the leader and on the tempo they set upfront. It's not easy for anyone beating Lome Brage if he doesn't have to leave too hard. Because he will get to the front, no doubt".
"But a horse like Kleppe Slauren is very tough and doesn't mind doing the work himself. i have respect for Odin Tabac and Tekno Odin is on his way back too".

Is there anything else besides the form that would be on plus side for Odd Herakles this time?
"He felt a little bit down when he lost to Månprinsen A.M. and also when he won the Norwegian Championship, but he had been breeding all summer. He was better in his last start. Now when the breeding season is over, I hope he'll have more energy for racing".

Any changes for this start?
"No, I talked to Lars last weekend and he said the horse feels good so we hope the form is intact. Equipment will be as usual; American sulky, barefoot and a pull down bridle".