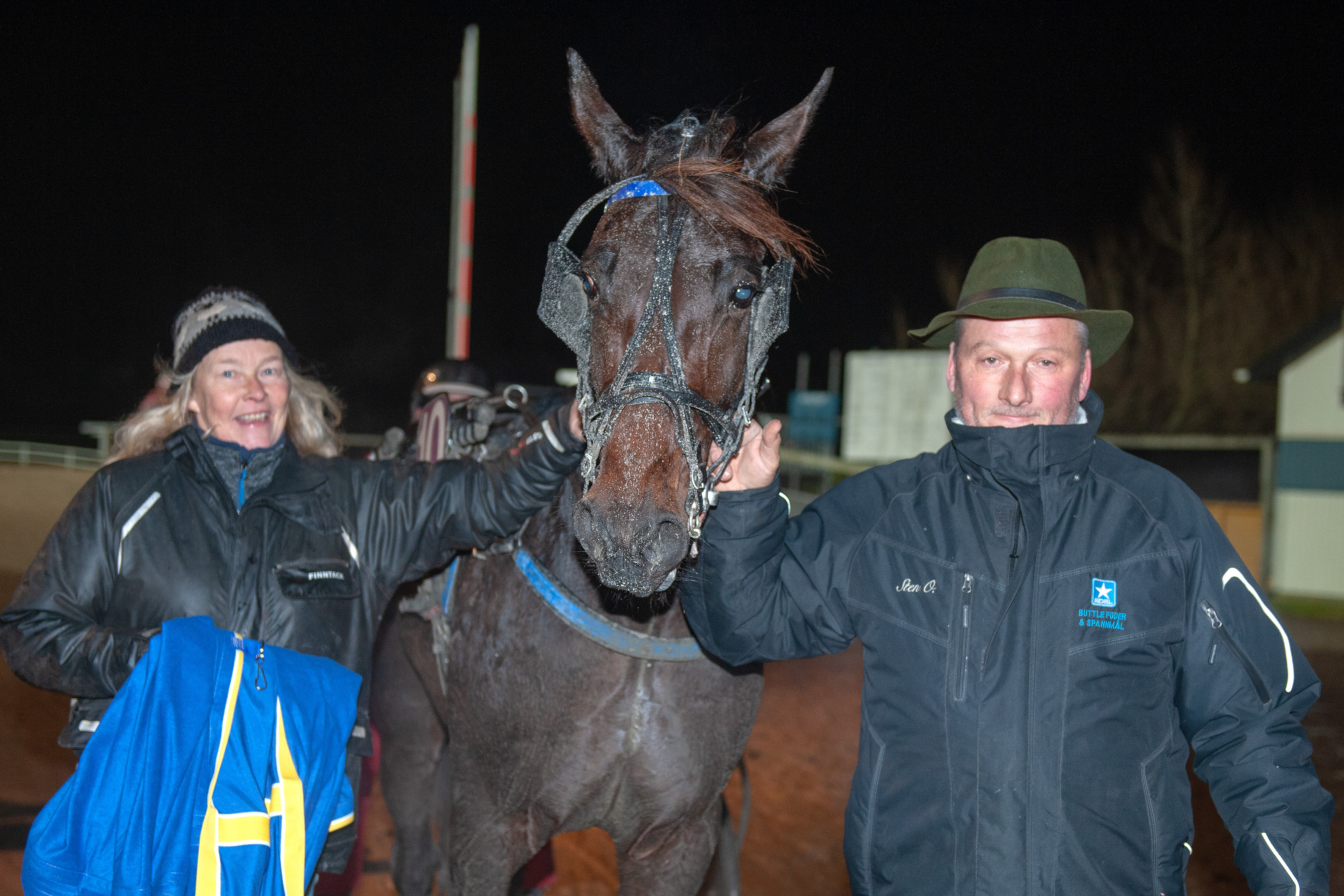 V75®: Belker to stand stud if he continues to shine

Belker was awarded two year old trotter of the year last year in Sweden.
On Saturday he's one of the favorites to win SEK 1 million in the E3 final in Eskilstuna.
If this huge talent continues to progress, trainer Sten O Jansson has the future planned for his star from Gotland.
"If he keeps racing well this year and also next year as a four year old, I'll retire him and stand him stud as a five year old".

This Saturday Sundbyholms racetrack in Eskilstuna is the scene for the finals of the series E3 over 2,140 meters and the same day the first V75® finals of the summer will also be held.
SEK 1 million awaits the winner of both the fillies final (V75-3) as well as the colts and geldings final, which is scheduled as the sixth leg.
Visby trainer Sten O Jansson has made a name for himself as the small trainer who develops very good young horses with a very limited material.
Zahara Goj made SEK 2.2 million. Super Nice was sold to Björn Goop's owner and is racing in France and closing in on SEK 3 million in earnings.
Belker is on his way of becoming the best horse the Visby couple Sten and Ingela Jansson has trained. 13 starts has resulted in eight wins and SEK 2.4 million. The Janssons are both owners and breeders of this talented colt who is competing for another million (SEK) in this Saturday's E3 final.
"I think he's in the best form of his life so far and wether he can hold up the lead or not I think he'll get a good trip. He can first up too if the pace isn't super high, he's a very strong horse. yes. I hope he can finish top three" says Sten O Jansson.

"Have a hard time selling horses"
Sten O Jansson and his wife Ingela have nine horses in their training stable.The couple also owns three brood mares and they're all in foal.
It's starting to become too many horses on the farm in Klintehamn on Gotland, Sten thinks.
"We're only supposed to have a few. The problem with us is that we have such a hard time doing away with horses and more and younger ones keep coming. So we probably have to start selling some" Sten says.

"Belker will never leave us"
But the star Belker is not for sale. The couple has been offered a lot of money but won't sell him.
"Belker won't leave us. If he keeps racing well this year and also next year as a four year old, I'll retire him and stand him stud as a five year old. It's not possible for me to race him the way I would like to as a five year old and older if you don't go to France or something. And we don't have time to go to France to race".
"We have younger horses coming up and there's just not enough hours in one day. No, it's better to stop in time with a horse like Belker and hope that he gets many nice mares".

Early ship on Saturday
So what about the race on Saturday? The trip to Eskilstuna starts early Saturday morning with a boat ride and the plan is to roll in to the stable area around noon.
Sten O Jansson had the fastest elimination winner and chose post position one in the final with Belker. As a two year old the colt wasn't all that quick out of the gate but he's gotten better.
Twelve colts and geldings will square off in V75-6, 'the longer' E3 final. Jansson believes the worst opponent will be Jerry Riordan's Aetos Kronos.
Aetos Kronos is scratched down to post position nine which means he can chose to either start behind Belker from post one or behind Bythebook who has post two.
"Aetos Kronos is very speedy and if my horse holds up the lead he would get a very good trip. Båth's horse is also good and will likely challenge us from the start. Torbjörn (Jansson) will do what he can to hold up the lead with my horse and it could be a quick beginning. But these quick horses also have good drivers who likely won't sit there and keep a high tempo throughout the race. It's good money to finish second too" says Sten O Jansson.

One notch better in the final?
Belker split the win with Bythebook in Svensk Uppfödningslöpning last year in a dead heat. And on Saturday the two horses will start right next to each other.
They both won their eliminations. Belker was impressive going wire to wire and showed that he can leave the gate well.
"I was really afraid that he would look at things and not go straight as he did when he was younger. We've taken the blind bridle off this year. But he has learned to focus without it" says Jansson who won't make any changes on his horse to the final, he will race with open bridle and barefoot upfront again.
Belker of course has progress left within himself and if he keeps delivering like he is now he could stand stud after his four year old season.
"He's not just a talent, he has very good lungs and a very good heart. Yes, he's got the whole body to his advantage, especially his head. His mind is his best asset. Last week his heart rate was 20 beats lower than usual in the test barn. He feels good after the race and I think he'll be one notch better in the final compared to last week" says the Visby trainer who hopes for what he calls a 'realistic chance to win".