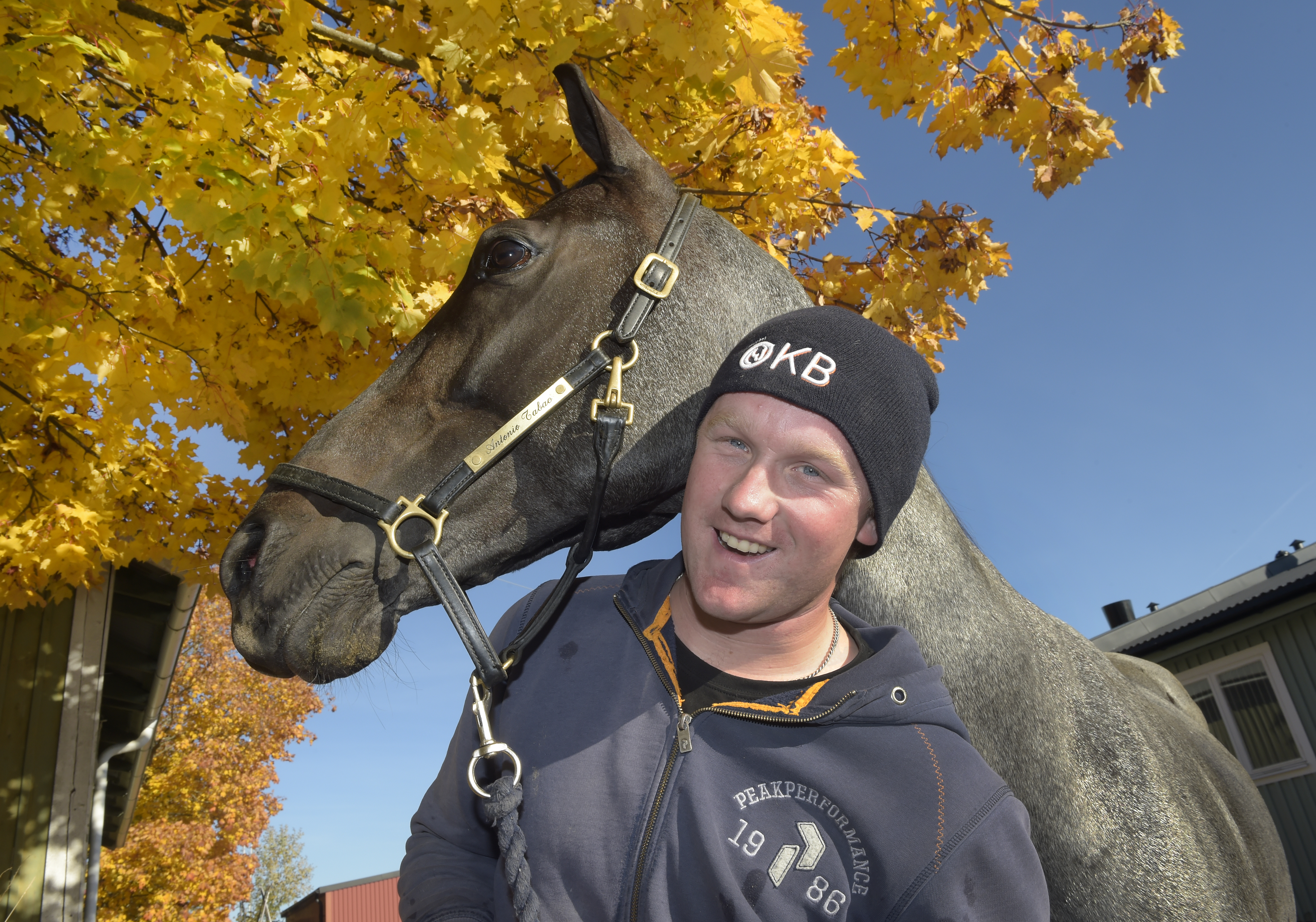 They are the success story of the year on V75®.
This Saturday will be the toughest test so far for this fall's breakthrough duo.
Can Antonio Tabac beat Propulsion and the rest of the Swedish elite trotters?
"Of course when I get up behind the horse I hope that I will win the race" says Oskar Kylin Blom.

The road to the top has been as straight as it's been quick.
In the middle of August Oskar Kylin Blom and Antonio Tabac introduced themselves to the V75® audience by winning the silver division at their home track Gävle.
Three months, another five wins and over SEK 1 million later they are facing possibly the best trotter in the world, Propulsion as well as many of the country's toughest gold division trotters in 'Konung Carl XVI Gustafs Silverhäst' at Solvalla.
"It will be incredibly exciting. It's the toughest race he's ever been in. But I only see it as an inspiration" says Oskar Kylin Blom about the very classy gold division final including besides Propulsion - the richest trotter of the country in 2018 - third place finisher form Elitloppet Nadal Broline, top five year olds Milligan's School and Diamanten plus the seasonal specialists Digital Ink, On Track Piraten and Zenit Brick who together have dominated the gold division during the last four winters.
"I just see it as a way of developing him further. He needs to race against these horses. The horses on this level have the ability to trot very fast for a long time, they have a high toleration of lactic acid. Antonio has to get there if he's going to be able to compete against the elite, which is my dream and my hopes".
So you don't mind that Propulsion has put his breeding career on idle to race here?
"Of course I want to win every race as easily as possible, but I don't mind it. It will be interesting to see what he can do against these horses".
Antonio Tabac has never raced against horses this good before, have you?
"No, it will be my toughest race too. Very inspiring".
Dreaming about France
Antonio Tabac is undefeated since his breakthrough at his home track and his last win came in a bigger race in Holland.
An adventure for the horse as well as the driver.
"It was a bit different coming to a country I've never been to before. We got very well taken care of, they showed us around and explained everything to us, every thing was very professional. It was a tremendous experience, not only because of the result".
How come you decided to race there?
"They reached out from the track and invited us. Apparently they watch V75 a lot in Holland and knew what type of horse I had. I was very curious about racing abroad so it was an easy decision".
How many races had you driven outside of Sweden before that?
"Not many at all, three races in Norway".
Is France your next goal?
"I've never even been to Vincennes so of course it's a dream but Antonio has had a long year and I haven't decided anything yet. I want to get past this Saturday first and then we'll see. Hopefully there will be more chances to go to France if I decide to stay home this winter".
Many new horses
Even if Antonio Tabac is the horse that put Oskar Kylin Blom on the V75 map there are possibly others who can take over that rule in the future.
He started the year as a fresh trainer with a 10 horse stable and that number is now 48.
"It's a big change. A lot of new things happening, many new owners and a lot of paper work. But I have a great crew to support me and even if the stable is much bigger now, I still think we have the same good feeling. the most important thing for me is that everyone likes it here and that they are having fun and at the same time it has to be a calm and quiet environment. I think we have been able to keep that. Then there are always things to improve on".
Like getting a website...?
"Yes, that's something we need and i have thought about that. It keeps getting pushed aside. We have a Facebook page where we send out information on our horses, but hopefully we'll get a website up and running soon".
"I won't be a spectator"
As far as Saturday goes Kylin Blom is still optimistic despite the stiff competition.
"Antonio got a couple days off after getting home from Holland but after that he seems just as sharp as before. He thinks life is great and his self confidence is on top. I usually don't sit behind myself in training but I actually did today (Monday) and he felt very sharp. No signs of his form declining".
Will we see a more conservative drive now when the competition is tougher?
"I don't think so. I'll drive him the same way as usual. He's in such good form. I won't be a spectator. I go there to race".
Can he win on Saturday?
"Of course he can win, he's in the race. At the same time I'm realistic. Besides Propulsion, I'm also very impressed by Nadal Broline and Zenit Brick. And also by Milligan's School and On track Piraten. The way I see it, there are many horses who can win this race. The horse who gets the best trip will also be the one who wins. I will do my best to make sure that will be us" says Oskar Kylin Blom.