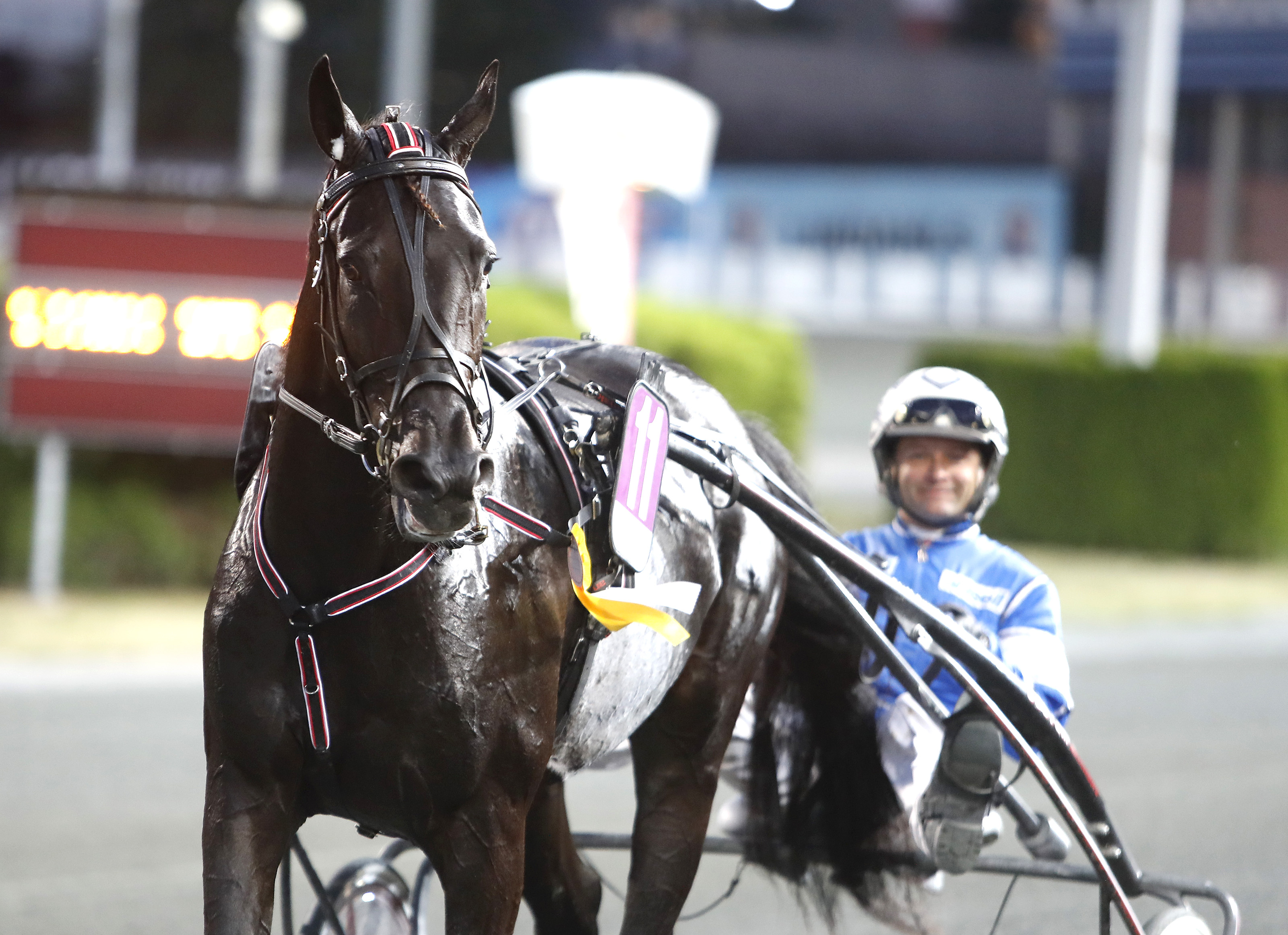 V75®: Bumby road towards the top

Breaks at the wrong times have cost him millions but he's still undefeated when he stays trotting.
On Saturday Svante Båth's possibly most capable horse is brightening up the V75® races at Skellefteå.
"I have very high hopes for this horse" says the Solvalla trainer.

Four year old Very Kronos (V75®-1) has made breaks five times. The remaining eleven races he's started in, he has won. Not even his trainer knows how good this horse really is.
"That's the funny part, not knowing his true potential. But I have high expectations for this horse, I've never made a secret out of that. At the same time I know what a bumpy road it can be" says Svante Båth.

"It's very hard on me"
And bumpy is exactly what Very Kronos' road is. Even if 11 wins in 16 starts is every owner's dream, the breaks have come in the wrong races and been extremely costly. Last year the colt broke in the final of the Swedish Kriterium where he would have earned SEK 4 million had he won and in August this year he missed his chance on the same sized check in the Swedish Derby when he made a break in his elimination. Svante Båth can't find that red thread as to why his horse made those breaks and driver Erik Adielsson said after the last win that it's pretty much impossible to foresee when the horse will make a break.
"Thats right, it's a mental thing" says Svante Båth and admits that even with all his experience it's hard on his nerves when Very Kronos is behind the gate.
"Yes, it's very hard on me and the toughest spot is 100 meters before the start".

Four out of five breaks when travelling far
Three out of the five breaks have come from post two behind the gate. But Very Kronos has also made breaks from posts four and six. On Saturday he'll start from post five for the first time.
"I don't think the post positions make a difference for him breaking or not but of course the further down towards the inside you get, the slower the gate moves so the inside feels like it would be worse for him. Post five is ok" says Båth.
If we look further to try to find that red thread as to why he's making breaks, we find that four of the five breaks have come when he's been travelling far away - to Skellefteå, Umeå, Boden and Malmö. But that theory doesn't quite hold up.
"We raced him at Halmstad and that was no problem. He has no problems with travelling. Quite the contrary actually. He eats and drinks well when he's travelling. This time he'll leave on Friday and stay over night in Sundsvall".

Training well
To figure out wether or not Very Kronos will behave behind the gate on Saturday when he will be the big favorite in the silver division won't be easy. Svante Båth thinks that the risk of him breaking should be evaluated based upon the horse's statistics and five breaks in 16 starts equals a 31 percent risk of him breaking. Or a 69 percent chance of him not breaking if you prefer that. Either way it's a horse in great physical shape coming to V75 in Skellefteå on Saturday.
"He's feeling good and has been training well. I'm fully satisfied with him and I have no complaints at all" says Svante Båth who is not afraid of the stiff competition.
"Silver division is tough but I have high expectations for this horse. The competition wasn't all that easy when he won Eskilstuna Fyraåringstest this summer either, so he's raced tough horses before. The main objective is that he has to behave, that's the bitter truth with this guy".