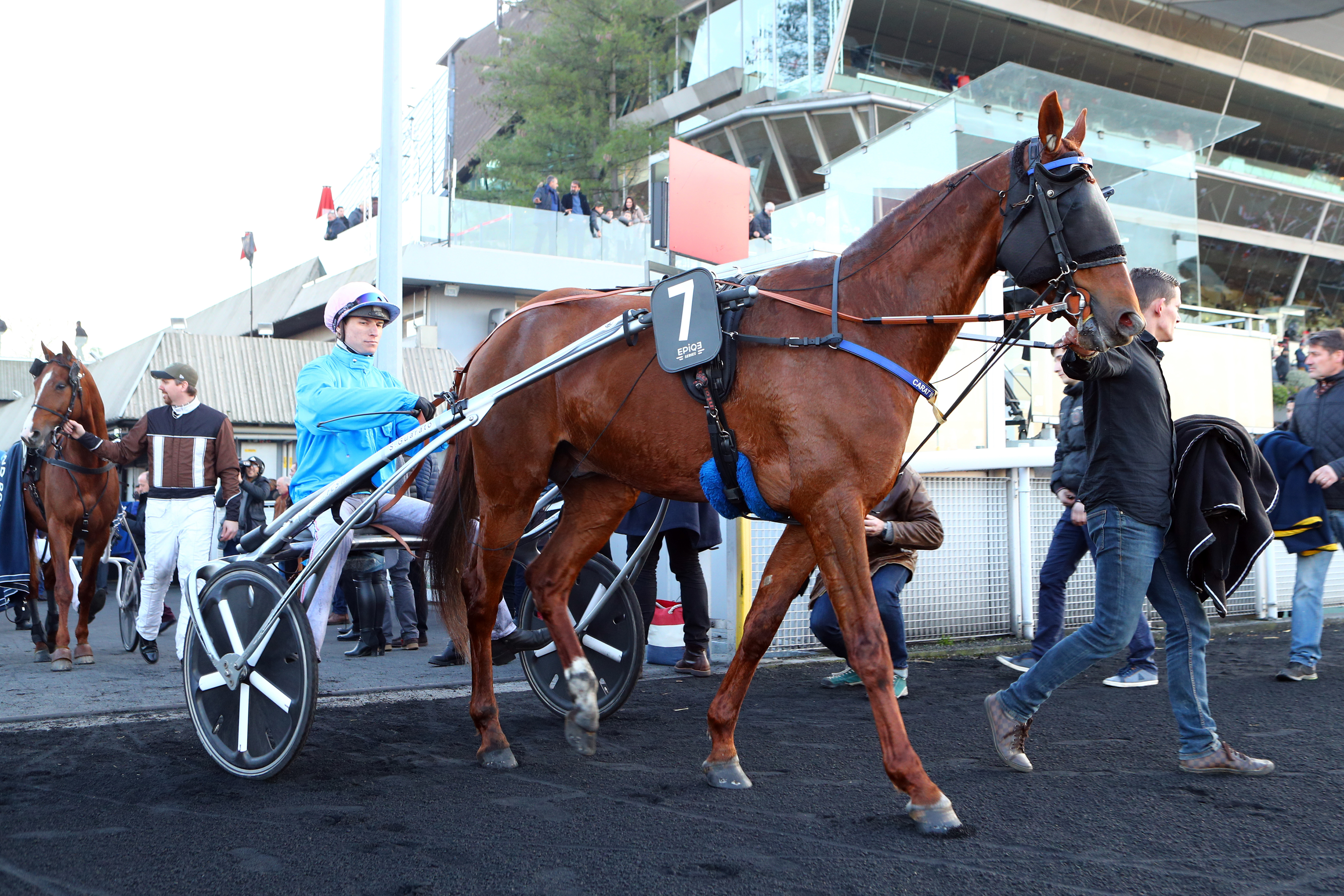 V75®: Carat Williams is back and recharged

Once mentioned as stable mate Bold Eagle's toughest opponent in last winter's races in France.
Six year old chestnut Carat Williams went lost his form but he is now back and recharged.
In Harper Hanover's race - the Saturday feature - the French horse will be the favorite in the three kilometer long race.

A threat to the Eagle
Carat Williams had his breakout year as a four year old. During his five year old campaign - last year - he once rode a six race winning streak from March to November.
During the fall season he won the biggest race for five year olds in France, Criterium des 5 Ans and somewhere around that time was when the Frenchmen were starting to mention him as one of the biggest threats to Bold Eagle for Prix d'Amerique.
But Carat Williams lost his good form and made breaks in both Prix de Belgique and Prix d'Amerique.
Anders Malmrot saw a horse who would be perfect for Harper Hanover's race and contacted the owner.
"I think he's a fantastic horse. He's both strong and very fast, I think he can go around the entire field during the last lap at Solvalla. I asked one of the owners of Carat Williams already last winter if they would be interested in bringing him here and we kept in touch. And a couple weekends ago I received a phone call - and a positive answer" says Anders Malmrot.

Candidates in Harper's
Harper Hanover's race is offering the winner SEK 900,000 this year which sure has helped getting this high class field together as the last leg of V75® on Saturday.
A Saturday at Solvalla that traditionally comes with V75 finals and the eliminations and final of Sweden Cup over the sprint distance, but the three kilometer race is no doubt the Saturday feature.
Ulf Stenströmer's Handsome Brad, who equalled the world record over 2640 meters in his last start. Robert Bergh's Tesio, Lutfi Kolgjini's Platon Face and Catarina Lundström's Qahar Q.C. are interesting Swedish horses in the race.
Solvalla trained Call Me Keeper comes from finishing runner up in Orebro Intn'l and he will start 40 meters behind together with Carat Williams.

"A very good driver"
Carat William's driver David Thomain is a top level driver in France.
Daniel Parling is one of his fans. He really likes the way Thomain drives. Parling is very familiar with the French racing and is running his own stable together with his girlfriend Satu Liitiäinen in Charmant not far from Paris where the couple are training nice horses.
"David is a very good driver. I would put him as number four or five in France behind the trip Bazire, Nivard and Raffin. I think Harper's will be a race between Carat Williams and Call Me Keeper. And even if Thomain is a good driver, Call Me Keeper has an advantage with Örjan Kihlström who knows the track at Solvalla so well" says Daniel Parling.
After a period of less successful starts and making some breaks, Carat Williams raced well in his last start when he finished third at Vincennes thinks Daniel Parling.
"He looked good and without knowing what the trainer thinks I would say it was a step forward compared to his starts earlier this year" says Parling.
Sebastien Gurato is currently having a lot of success in France. His quartet of horses are expected to arrive at Solvalla sometime on Friday.
Besides Bold Eagle and Carat Williams, the French trainer are bringing Billie de Montfort for Sweden Cup and Ever Pride for the four year old elite race on Sunday.