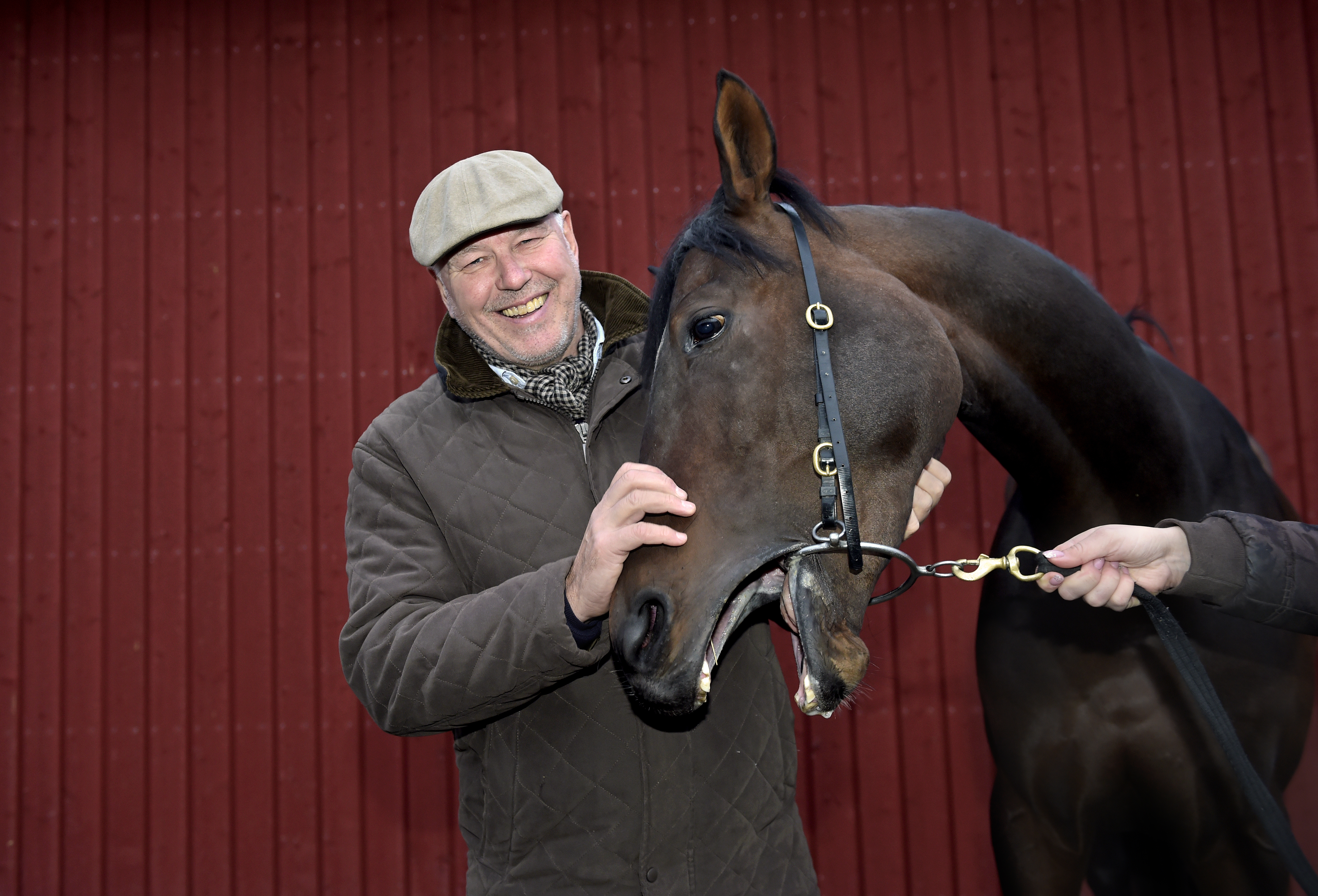 Timo Nurmos won three different titles in 2019.
The three big titles were leading trainer in Sweden, leading trainer on V75® and leading trainer at Solvalla where he was in a class of his own.
Nurmos can get off to a flying start by winning more V75 races on Saturday.
"Hawk Cliff is really due for a win soon" he says and reveals which day was the best of all his big wins from 2019.

Svensk Travsport (ST) has put together lists for 2019. There you can read that Timo Nurmos was the trainer who won the most titles last year. You can add several grand circuit and stake victories to that.
His stable was the winningest in the country and Nurmos became Sweden's leading trainer with SEK 36.5 million in earnings. He took 210 training wins - 51 of them on V75® - which meant the Finnish native won the V75 league in grand fashion before Robert Bergh who had 26 victories.
Nurmos was the most winning trainer at his home track Solvalla, a title he also won at Mantorp, Eskilstuna and Lindesberg.
"We were also the richest stable at Solänget. That was surprising" says Nurmos laughing.
"It's been a fantastic year and I'm very satisfied. We won the three most important titles, leading trainer in Sweden, on V75 and at Solvalla. To win this everything has to go smoothly all year and we haven't had any down period. But we haven't had that the last few years and the results are pretty much the same as the year before" says Nurmos who won 46 V75 races in 2018 according to ST.
"We won on V75 once a week all year on average last year which is incredibly good. We haven't even raced every week. The wins were spread out on a bunch of horses so we have good depth. Pretty much every groom has a horse who won on V75 which is great".

"It was the best day of last year - it's huge"
In addition to the titles already mentioned, Nurmos also won the Breeders Crown title for trainers last year. Among his biggest training wins are Readly Express' victories in Prix de France, Criterium de Vitesse and Finlandia-Ajo. He also won the Finnish mares derby with EL Fitzgerald and Suur-Hollola-Ajo with Hachiko de Veluwe. In Sweden his biggest wins were Harper Hanover's race with Eelis, Breeders Crown with Brother Bill and two gold division finals with Global Trustworthy.
"We have won many big races and several international races, including the two biggest races in Finland. The best day of them all was when Readly Express won Finlandia-Ajo and EL Fitzgerald won the mares derby. That same day I was also the recipient of the Golden Pin from the Finnish trotting association".
"It was huge and there are only six people who have received it before me. It's kind of like Fall of Fame in Finland so it was very nice. Two big wins plus that award made it the best day of the year and the day I remember best. But it was also a lot of fun when Eelis surprise won Harper Hanover's race. I've bred him myself" says Nurmos who also has a thoroughbred race horse named after himself. Three year old Timo Nurmos (pictured), trained by Caroline Malmborg is actually undefeated after two starts at Bro Park and he will now spend the winter in Dubai.

"Finished fastest of them all"
As we now write 2020, that means all the standings start back at zero from new years day. During the year's first V75 day at Jägersro Timo Nurmos didn't participate but he is back in the spotlight on Saturday at Bergsåker.
He is sending up two typical winter horses who both like racing with shoes and corks. The fact that both horses are in top form doesn't make it any worse and the horses who will try to take the first V75 victories of the year for Timo Nurmos stable are Hawk Cliff and Zenit Brick.
"Hawk Cliff (V75-1) is in very good shape. He has finished very fast in his last two starts, fastest of them all actually. He has done it from trailing positions, this horse always draws bad posts. He likes the long distance and has won several 2,640 meter races. He races well with shoes and has no problems should it be necessary racing with corks in the shoes. He will race in the American sulky again and he is really due for a win soon".

"Zenit Brick has defeated Propulsion before"
In the gold division Timo Nurmos will send out Zenit Brick who once again will go to battle with Propulsion. Zenit Brick won the draw and will start from post four, while Propulsion will start from post ten.
"Zenit Brick (V75-3) was very good in his last start and the driver was very pleased and said he wasn't empty. He had a bad post, starting from a trailing position and the plan was to give him a nice trip. You can't send him first up every time and he finished very good behind Propulsion and wasn't tired”.
"He has felt good in training after that and I can tell he's in good form now. Normally it will be tough to beat Propulsion but he has done it before, last year when Nadal Broline won a gold division final, Zenit was second and Propulsion finished third. So you never know. He will also race in an American sulky again like in his last start which was the first time in a very long time that he did. He raced in it once before when he was young" says Timo Nurmos who also tells us that the conditions have been good at his farm Jordanstorp the last couple of weeks after all the rain in November and December.