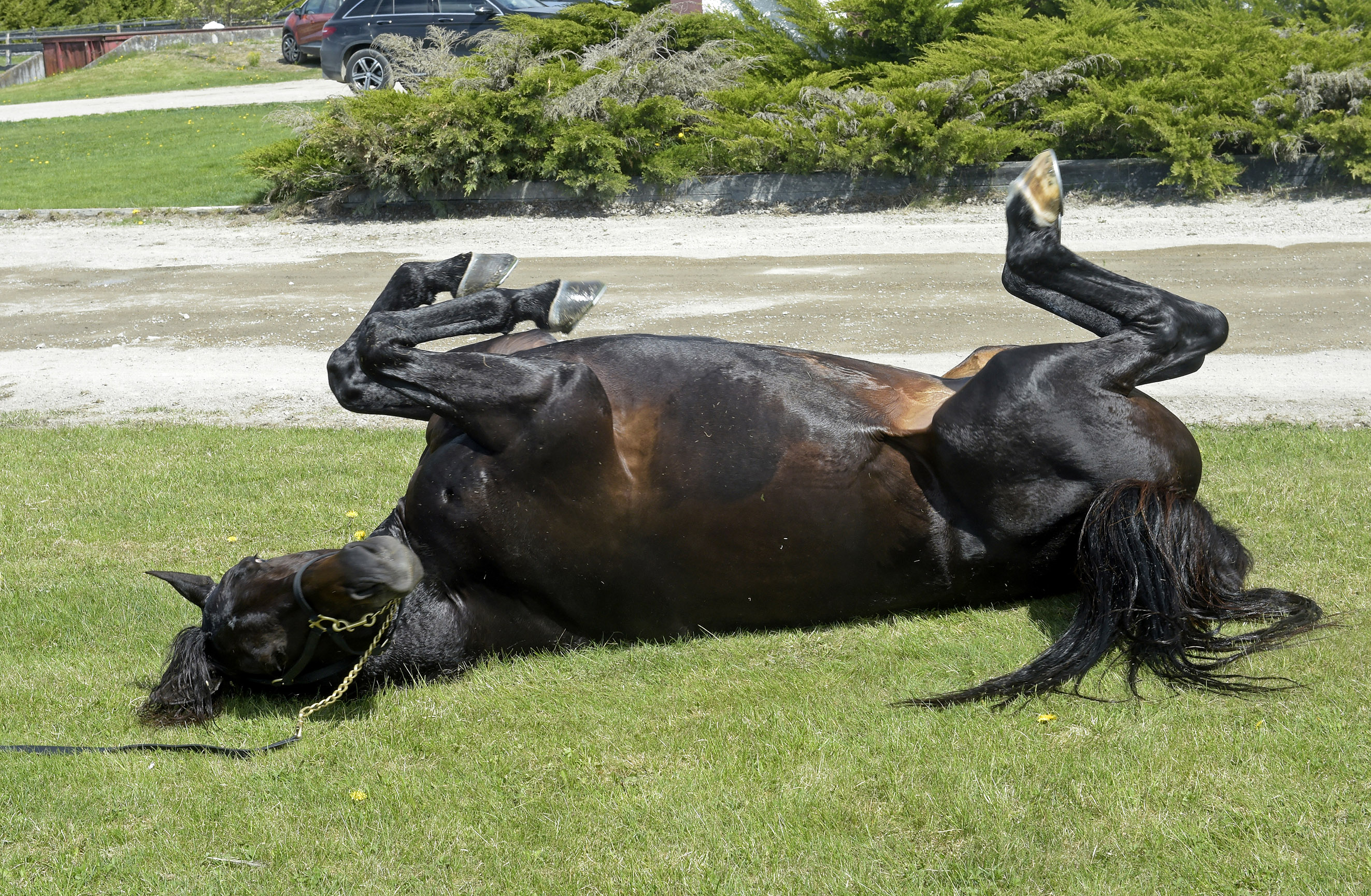 Last Saturday Nuncio was showing off his muscles for the coming wintermeet in France.
This weekend stable mate Cruzado dela Noche is hoping to do the same.
"He feels great in training but post seven is always tricky" says trainer Stefan Melander.

Many fans let out a sigh of relief when Nuncio won last Saturday's feature. Sweden's brightest star was back after the debacle in his last start and the expectations rose for the highlight of the Winter - the Prix d'Amerique in France.
"He was far from empty whne he crossed the wire. How much he had left is hard to gauge, but he could have kept going for quite a bit" says Stefan Melander.
There's no doubt it was a very pleased trainer after the positive form indication.
"When we left for Bergsåker I knew he was in much better form than in his previous start. He trained very well on Thursday that week and I knew that even though he wasn't in super form, he was still on his way up. I think he got a Little foot sore in Örebro. The track was a bit hard and i think he soured up since I raced him barefoot upfront. His form was low but this is the setup I chose, to race him in to shape so that he'd be at his best when and if we go to France.
Prix d'Amerique is on January 28. When Nuncio leaves is still not decided.
"A lot depends on the weather and the tracks and how he feels training and so on. Last year the weather was terrible and he got sick, so we might want to leave a little earlier. But I don't know yet.
Prix de Bretagne on November 19?
"I don't know when his next start will be. That's already in two weeks, we'll see".

"Feels great training"
Cruzado dela Noche (V75®-3) is also gearing up for a winter trip to France. He has - as opposed to his stable mate - already tried the the challenging Paris track. Two months ago he finshed sixth in the Trotting Masters final far behind horses like Aubrion du Gers and Bold Eagle.
"We took that as a test for him, but he didn't have the best trip to France. I felt like we lost the race already beforehand and then the track was very sloppy so it wasn't much of a test".
What has he been doing for the past two months?
"He wasn't in shape at all after that trip so we gave him some rest and after that he's been training as usual. Now he feels race ready again".
How do you feel about his chances Saturday?
"We didn't really wish for post seven. It's tricky from there and I can't expect too much. But he's a very good horse and he feels great training now".
Magnus Jakobsson will drive him for the first time. Any directions for him?
"He can drive the way he wants. Magnus is a good driver and I'm sure he doesn't like post seven very much either".
What are plans for Cruzado dela Noche regarding France?
"I'll have to pass on that question. The weather decidess a lot and we have to see how the horse is first. We'll take this race first and one or two more. Axel Jensens Memorial in Oslo is also in the back of my head, but we'll see".

Three year old dark horse
Stefan Melander is also racing Inertial (V75-2) at Eskilstuna Saturday. This three year old has raced against some very stiff ceompetition lately and can be the dark horse here.
"He's a very nice little horse who lost his form there for a while. Last time he had to go first up and the start before that the pace was too low. I'm not sure how to put him in here but with a high pace he'll have a better chance. He's strong, so don't write him off".