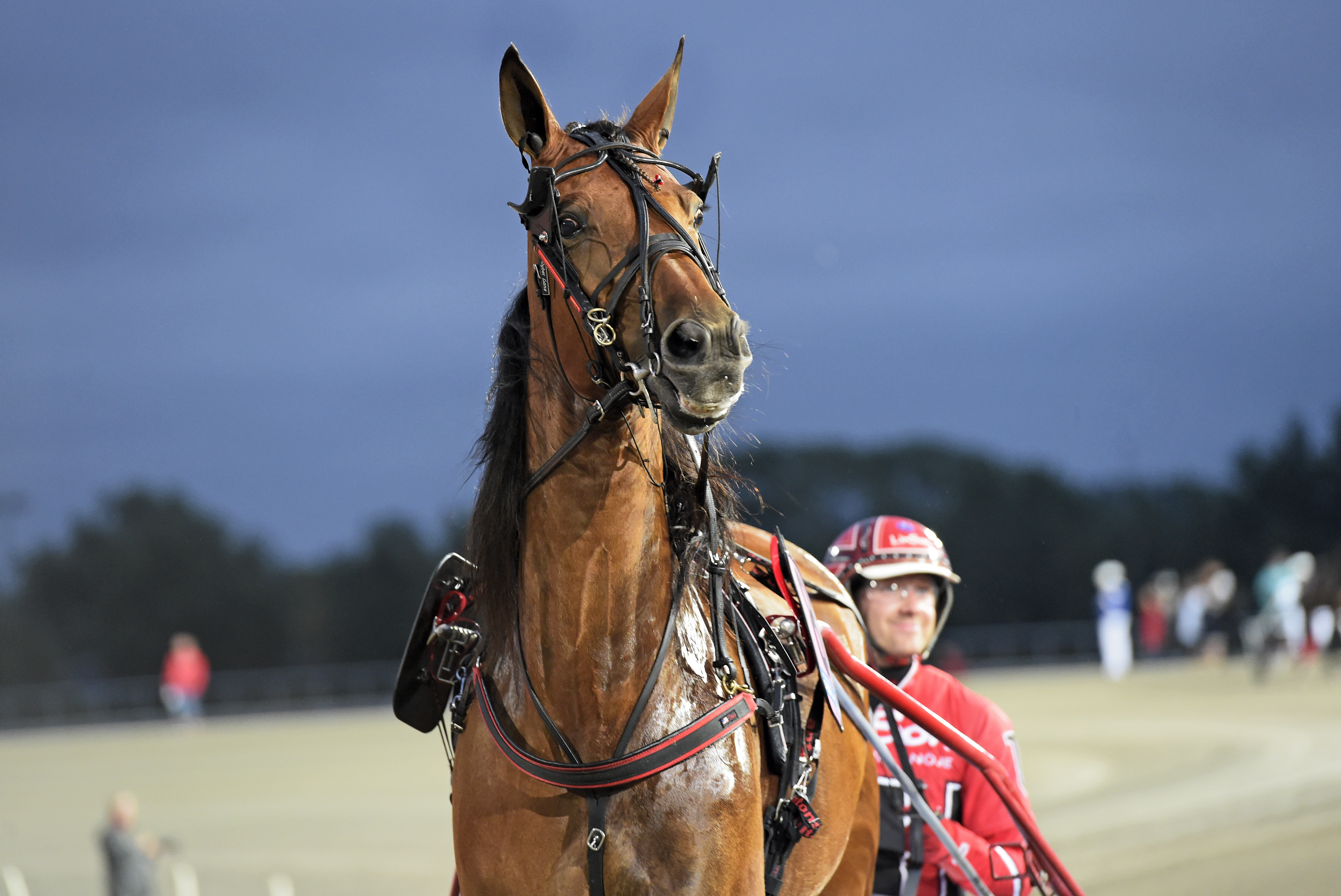 Cyber Lane is ready to return to racing after a long layoff.
Johan Untersteiner says himself that last year was a bit choppy and that the connections are hoping for a better outcome this year.
"There were some smaller issues but he's well prepared and he feels good now" says Untersteiner about him returning in the second leg of the Paralympic Trot at Jägersro.
"I never feel beaten when I go out on the track with this horse".

In the same rate as the spring is marching in, the star trotters around the country are making their seasonal debuts. On Saturday in V75® at Jägersro it's time for Cyber Lane to make his first start of the year. The ten time millionaire (SEK) hasn't raced since he finished fourth in Sundsvall Open trot in August last year. Last year he made only eight starts which resulted in two wins, two seconds and one third place. Cyber Lane won an elimination to Sweden Cup and finished third in the final. He also won the gold division at his home track Halmstad during their Sprint Champion weekend and earned SEK 1.1 million in 2019. Besides that he had a couple of second places and some bad luck according to the trainer who of course has high expectations on his star trotter.
"Cyber Lane (V76-6) had a bit of a choppy season last year and it went far from smoothly. He made fewer starts than what we had planned for and made less money than what we had hoped for. As a four year old when he won the Derby it was the opposite - then everything went his way" says Johan Untersteiner.
"It was just smaller things that didn't go his way last year. He got locked in some times, drew bad post positions and got tough trips other times. It just didn't go his way".

Stepped on a rock and got lame
What has Cyber Lane done since he last raced in August and how have the winter training and the preparations for this season gone?
"He was supposed to have raced a couple more times last year but he came up lame when I trained him at the track so we decided to just quit for the year instead of trying to rush him back for just a couple more starts and have him ready early this year instead".
"He was supposed to race already three weeks ago but he managed to step on a rock and come up lame again. With that happening I didn't think I had him prepared enough for that start here in Halmstad so I decided to wait. But the last four weeks he's been training as usual and he feels good. I took him to the track in Halmstad to train him there too even if it wasn't a very fast heat. My horse feels good and I hope he will have a good year. He is well prepared for his return" says Johan Untersteiner.

Hoping for Elitloppet this year
Cyber Lane comes out in the second leg of the Paralympic Trot, which is also the sixth leg of V75 on Saturday. He is facing several top trotters and had bad luck in the draw and has to start from post ten in the second tier. He finished second in this race last year, which was also his seasonal debut. He then went on to finish fifth in the final of the Olympic Trot.
"We have to take this race as it comes. He hasn't raced in a long time and he drew post ten against good horses. It's not easy to win from these post positions in the highest class. But at the same time I never feel beaten when I go out on the track with this horse. We know what he can do and he has raced great from behind earlier, when he won a four year old race at Solvalla for instance".
"I still lay a bit low due to the conditions this time. It all depens on the trip he gets and the tempo in the race. He will race with shoes all around, pull down bridle and in his regular sulky" says Johan.
Besides the Paralympic Trot, which other big races are you aiming for with him this year?
"I hoped to race him in Elitloppet last year but we had to settle for Sweden Cup after his second place in Copenhagen Cup. But I hope he will be better this year so that he can earn a spot there. If there will be any Elitlopp this year".

"Niky Flax is in top form - my best chance"
Johan Untersteiner has four more starters on V75 and here are his comments on them:
"Oliveria (V75-2) has improved this year and she has raced well lately. She has finished second two times in a row but this looks tougher so we are just hoping to make some money. She will race with shoes behind this time".
"Elle Titation (V75-2) returns after a layoff and has trained well and feels better. She has moved up in class and if she can make money then we're happy. She will go barefot behind for the first time".
"Niky Flax (V75-5) is in top form and he has gotten locked in twice in a row on V75 and has felt great. Had he gotten out at the top of the stretch last Saturday he would have had a great chance to win. I hope it's his turn on Saturday and it looks good on paper. He has learned to leave as he has gotten older. He will race barefoot again and he is my best chance to win on Saturday".
"Can Lane (V75-5) won his first start of the year and felt great. He drew a good post position but is new in this class and it's a big difference between the silver division and a regular overnight race as he won in his last start. I lay low with him and hope he can make some money".