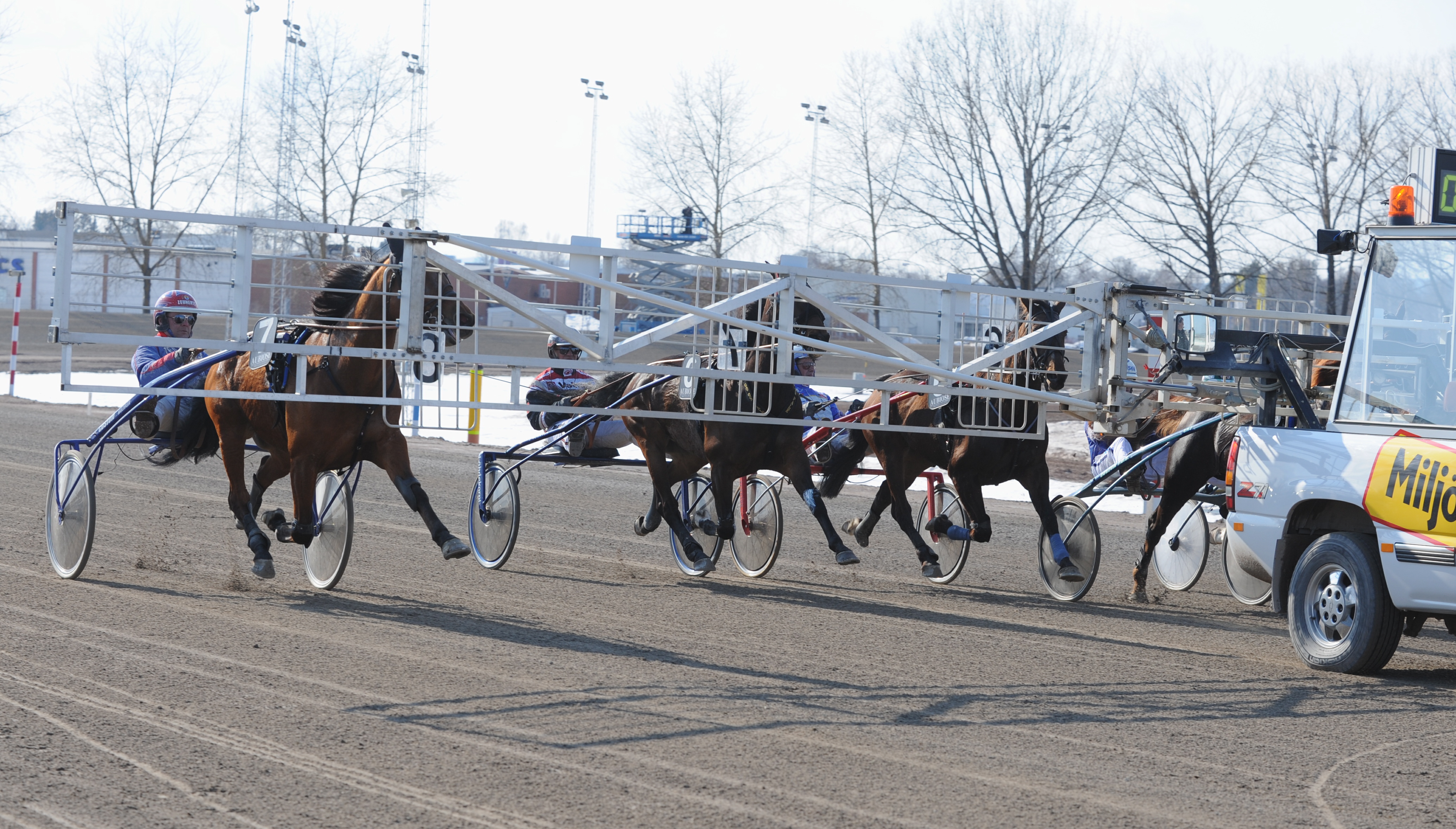 What does a staggered starting gate mean for the outcome of a race?
That question has never been asked more than it has this week.
This week’s V75® with a double jackpot is held at Romme racetrack - one of just a few racetracks in the country where a staggered gate is being used.

Four out of Saturday’s seven V75® races will start behind the gate.
The starting car at Romme has a staggered gate which means that the horse with post position 8 will start 165 centimeters ahead of posts 1-5. Post 6 has a 55 centimeter head start and for post 7 it’s 110 centimeters.
Is this something to consider in the chase for the SEK 65 million this week?
Here is a research that shows that Romme is quite a bit different from the country’s average numbers.

Reliable statistics
In the data bank travfakta.se every single race since 2010 is documented. In the following stats we have excluded under saddle races (monté), coldbloods and handicapped post positions. We’ve also only used this Saturday’s disstances 1,640 meters and 2,140 meters.
At Romme racetrack this research includes 1,382 races and country wide it includes almost 32,000 races, which must be viewed as very reliable statistics.

The reason the total exceeds 100 percent is because travfakta.se takes into consideration when posts have been empty.
For example: According to stats from Svensk Travsport 4.85 percent of the races started with a starting gate over the distance 2.140 meters were won from post position 8 in 2017. The reason the win percent in the stats from travfakta.se is so much higher is due to the fact that in 40 percent of the races there was no horse starting from post eight (scratches, short fields etc.).
This means the stats aren’t totally correct since at Romme there are usually bigger fields than in the rest of the country.
So after correcting the stats they look like this:

And now on to the conclusions.
Obvious is that the four inside posts win less at Romme.
If we take post 1-4, their total win percent is down from 40.5 in the country to 37.6 here at Romme.
Post position five has the most winners in the country and it’s even more significant at Romme.
Among the post positions directly affected by the staggered gate, one of them sticks out.
Post 7 is the post who is affected the most and in a positive way.
The chance to win is significantly higher from post 7 at Romme than at other tracks in the country. In fact, it’s a better post than posts 1,3 and 6.
A post position drawn by the favorite in the gold division 7 Heavy Sound unless he’s scratched down in V75-3.

Looks good for the favorite
Another theory with the staggered gate is that the horses in the second tier would be helped by the anticipated higher speed from the outside posts.
That proves to be correct in one case.
Post position 11 is the most winning post in the second tier in the country, while at Romme post 10 has the most wins.
It becomes even more obvious when we take in to consideration the odds and split up the two different distances.
The most lucrative post position to bet during the last nine years at Romme is post 10 over the short distance, which has a payback rate of 141 percent.
Good news for one of this week’s biggest favorites 10 Ural in V75-2.
On the contrary, the most over bet post position over the short distance are posts 1 and 2.
Over 2,140 meters its post 9 that offers the lowest value.