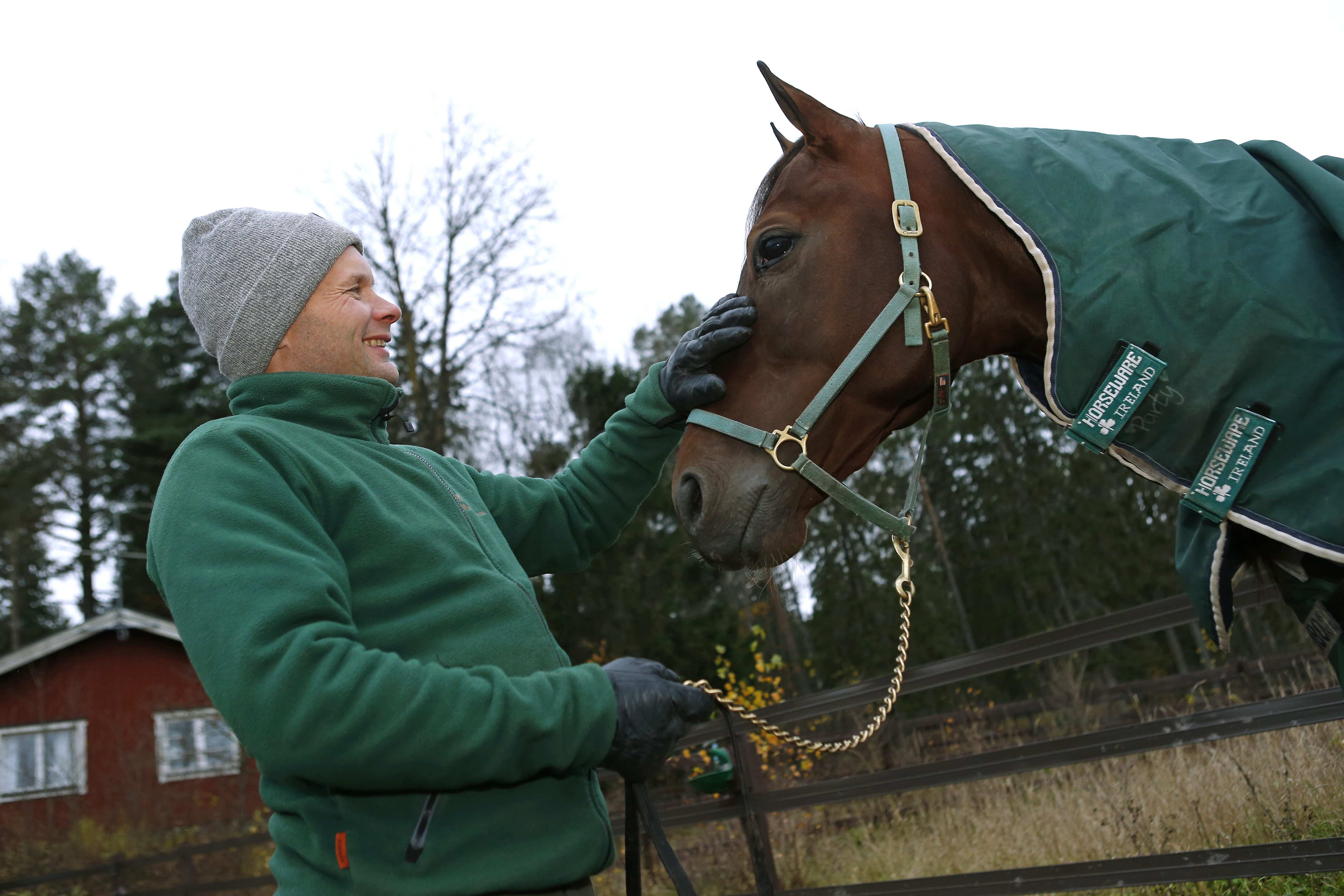 V75®: Elitloppet the big goal for Who's Who

Pasi Aikio has great expectations of Who's Who this year.
Elitloppet is the big goal.
On Saturday the eleven-time millionaire (SEK) makes his seasonal debut in V75® at Kalmar.
"A better spot to start off his season is hard to find, but he is not in top form" says Pasi Aikio.

Spring is right around the corner and with that, one top trotter after the other are making their seasonal debuts. On Saturday it's time for Pasi Aikio's star trotter Who's Who to get his season started.
"It will be exciting. I'm very pleased with him in training. The winter has been great for him and everything has gone according to plan, with no setbacks at all. Who's Who has worked hard and has done a lot of heavy training, especially on the uphill track. As well prepared and strong as he is this for this year, I don't think he's ever been" says the Solvalla trainer.
Who's Who has also been to Solvalla to train faster a few times.
"He has trained at the track three times and the fastest heat was around a week ago. I trained him in just under 1:15/1,600 meters and I was very happy with him. He doesn't need any faster heats and he will find his form with the starts he makes. It's usually not hard for him to find get into good shape".

Aiming at Elitloppet
The eight-year-old took a serious step into the elite last year. He won Norrbottens Stora Pris after a sizzling finish and Hugo Åbergs Memorial from the lead. He showed that he has all the tools a top trotter should have and the aim is set high this year too.
"We will take one start at a time and let the horse decide. Of course, we are aiming at the Paralympic Trot and more so at Elitloppet. But he has to show that he belongs there and I have a strong feeling that he will.  Sure, he is eight years old but I still feel that he is developing. He hasn't been raced that much and Örjan Kihlström always drives for the best of the horse".
Last year, Who's Who did double duty since he is also a popular stallion.
"That's why he didn't make that many starts. His book was full and there seems to be a lot of interest this year again. He will breed this year too and he has shown that he has no problems doing so" says Pasi Aikio.

"I understand that he will be the favorite"
On Saturday it's time for his seasonal debut and Who's Who will be the huge favorite.
I understand that he will be the favorite and there is nothing I can do about that. I want him to race well and to look good. I have a lot of respect for the opponents and some of them are in top form, which my horse is not. Who's Who has been good in his previous seasonal debuts and I couldn't have found a better spot for him, so he should have a decent chance to win. If the track is good, Who's Who will race with his optimal balance, barefoot all around and in an American sulky and a blind bridle".