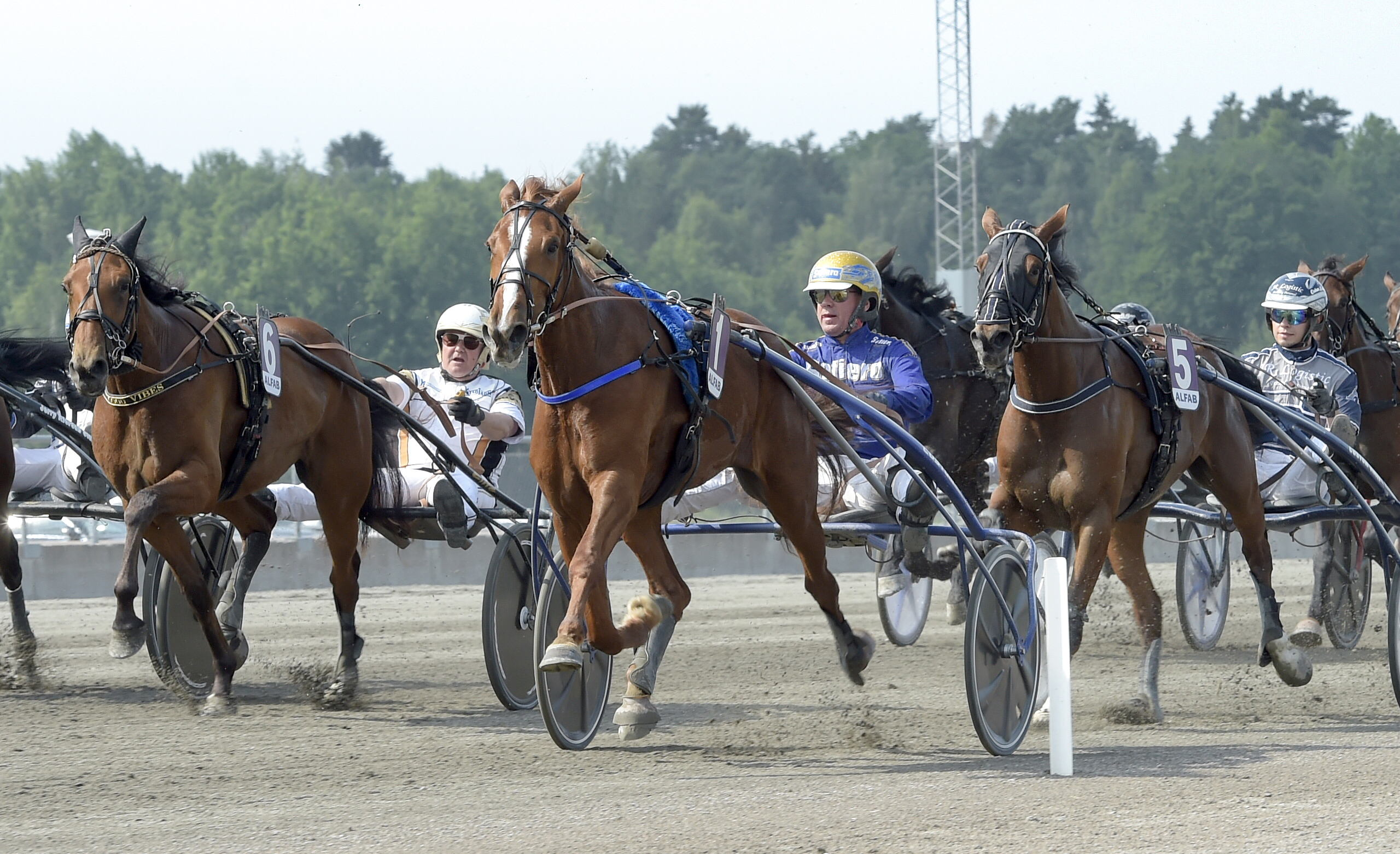 Christian Persson is the trainer with only three horses in his stable who has made his way into the very elite of trotting. His Red Lady Express is a strong challenger in the E3 final for fillies as Färjestad hosts V75 on Saturday.
"Of course it feels very good, it would be strange if it didn't".

Trainers like Svante Båth and Timo Nurmos win big races all the time but on Saturday they are challenged by a fairly unknown trainer who found his way into training horses through his father and who calls himself self-taught. Christian Persson, 42, has a regular day job where he works with manufacturing and selling furniture and has specialized in dining tables. He trains horses at his own farm in Spekeröd, outside Stenungsund on the Swedish west coast in his spare time. He currently has three horses on his training list – one of them is the very talented 1 Red Lady Express (V75-4).
"She is the true meaning of a homebred. We bought her dame but we couldn't get her good enough gaited so we bred her to Readly Express who we thought would be a good fit and he was affordable. It seems to have worked out well" says Christian.

Fastest of all the elimination winners
The three-year-old chestnut filly Red Lady Express made her first career start in the middle of April at Årjäng where she finished third. After that, her development curve has pointed sharply upwards. In the E3 eliminations in Eskilstuna, she was the fastest winner when she led the way from start to finish in 1:12.7 over the middle distance of 2,140 meters. Christian doesn't seem too surprised by the result.
"It might sound ridiculous to say that I wasn't surprised, but what did surprise me was that she was able to sprint off that easily after having left that hard. I thought the pace was maybe too high but she just sprinted off. According to Björn Goop who drove her, she just held them off by as much as she needed to. I probably shouldn't say this, but there seems to be more within her and I think she can take some off that winning time from the elimination" says Christian and explains further:
"She is a real good filly. I can't really say that we counted on this, but you set up goals for your horses and the goal was to get her to this final. She has never been pushed in training to be sharp, never trained any faster trips and she should be at her best now, that's what we hope for".
How does her week look going into Saturday?
"She only jogged lightly last Thursday and last Saturday she trained her usual intervals in the sand. We trained her the exact same way we always do, but when she came back to the barn her heart rate was ten beats below what it usually is...she will train again on Tuesday, and then she will just take it easy until Saturday".
What are your long-term plans for Red Lady Express?
"We will make this start here first and see how that goes. But the thought is to back off a bit with her and get her ready for the Swedish Oaks this fall".
In the E3 final with SEK 975,000 to the winner on Saturday, Carl Johan Jepson takes a seat in the sulky behind Red Lady Express. She has the same post position as in the elimination – post one behind the gate. The trainer both hopes and thinks she can repeat what she did then.
"Of course we go to Färjestad to win the race, that's why we do this and that's what we have aimed for and believed in. But there are other races in her future too. But we will leave all we can from this post position and she has shown that she can handle a high pace in the lead too, she is very strong. Either way, you always get a good trip when you have the inside post. If we can hold up the lead, I think it takes a very good horse to beat us".