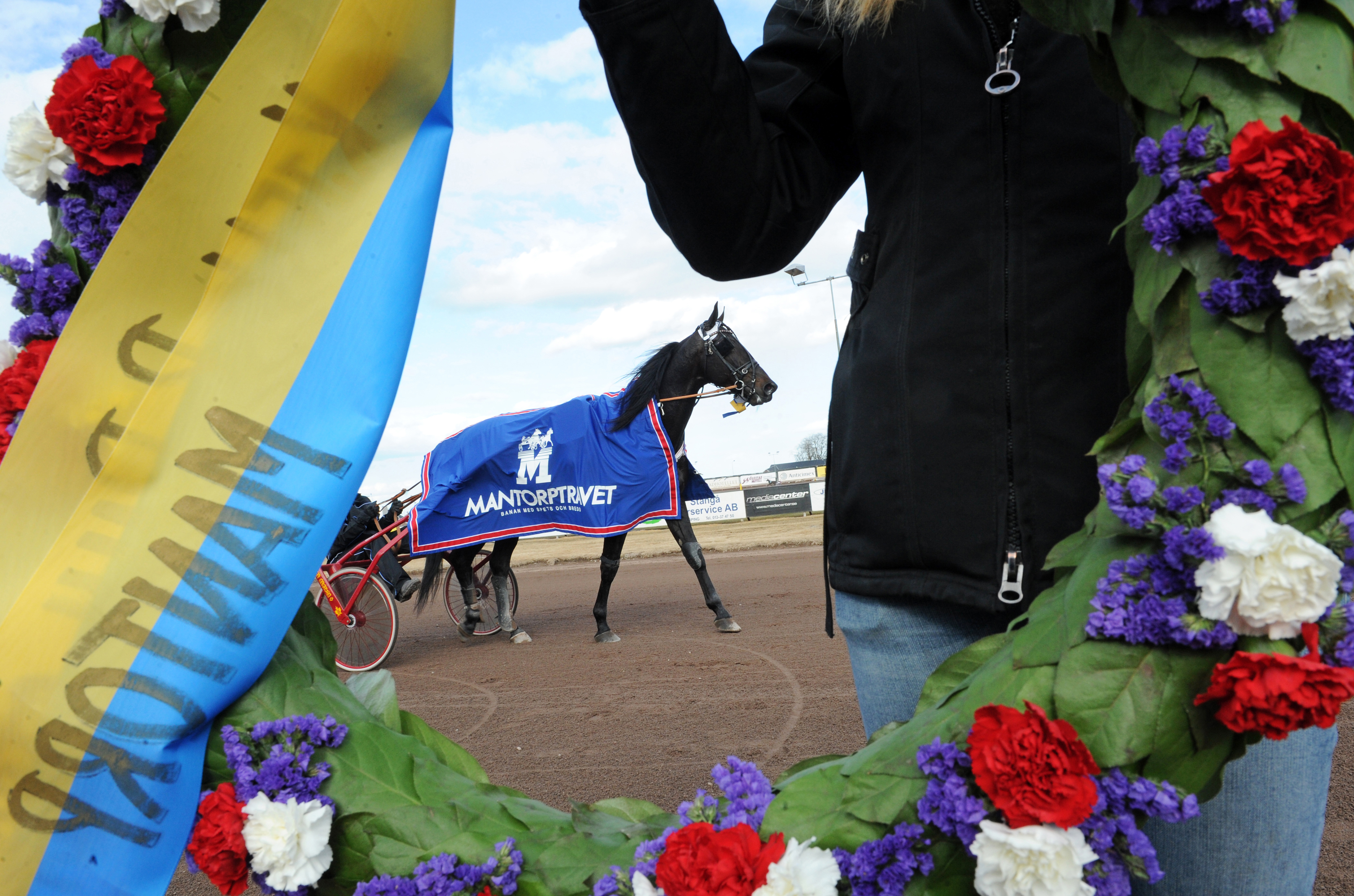 V75®: Gearing up for Prix d'Amerique in gold at Jägersro

Oasis Bi is on his way back after finishing third in the Yonkers International last October.
Trainer Stefan P Pettersson wants to give his horse a real test in the gold division at Jägersro on Saturday before a possible trip to Paris and Prix d'Amerique.
"Our horse needs a real test and I'm not against an aggressive drive"

Mantorp super star Oasis Bi is gearing up for his third start in Prix d'Amerique in a couple of weeks.
It was for the longest time uncertain whether the road there would go via Prix de Belgique this Sunday or the gold division at Jägersro.
Trainer Stefan P Pettersson and owner Per-Gunnar Svärd decided to take the easier road in the first start since October.
The 17 time millionaire (SEK) drew post one in Arwid Stjärnswärds Minne (V75®-3) and will be the huge favorite in this race with only 8 horses behind the gate.
"We want to play it safe in his first start back. We'll give a hard test here at home instead of over 2,700 meters at Vincennes right away. His breeding commitments got in the way a little bit and a start like that can break down a horse rather than build him up now when we missed out on some training" says Stefan P Pettersson.

Jumped the phantom mare
Oasis Bi finished third in the Yonkers International back in October and after that he got to "jump on the phantom mare" at Alebäcks Stuteri, as trainer Pettersson says, and make his debut in the breeding shed.
There's now frozen semen from the Italian born stallion meant for the Italian mares before the breeding season starts during the spring here in Sweden.
"The plan is to make a few starts in France. A start in Prix d'Amerique would be his third time racing in that race. Jumping the phantom, I'm sure that messed with the training some but we decided to it this way so we'll just have to deal with it" Pettersson says.
This winter has been colder than the previous one in Mantorp and Pettersson is pleased with how he's been able to train Oasis Bi.
"We had really bad training conditions here at home going in to Prix d'Amerique last year. I think Oasis Bi feels much better going in to this season. Everything feels great but we'll get the answer on Saturday. I didn't think he was ready I would never go ahead and race him. I think we're going to have another fun week in Paris - and also a nice day on Saturday" says Stefan P Pettersson.

Post one, full speed ahead from the start?
"The tactics is up to Kim (Eriksson), but we'll have to talk about that. We have to assume that Oasis is just as good as usual and then there are quite a few horses in this field I don't want to sit behind".

Meaning what?
"That Oasis races very well the front end. Against the best in the world he's not good enough to take the wire to wire, but I'm pretty sure he's good enough to wire a gold division race".

He hasn't raced since mid October, so this race has to be a kind of a comeback?
"Exactly. Oasis needs to get a real workout here and I'm optimistic that he'll do well. We'll see what we decide, how the track is and what the opponents are doing. But I'm not against an aggressive drive"