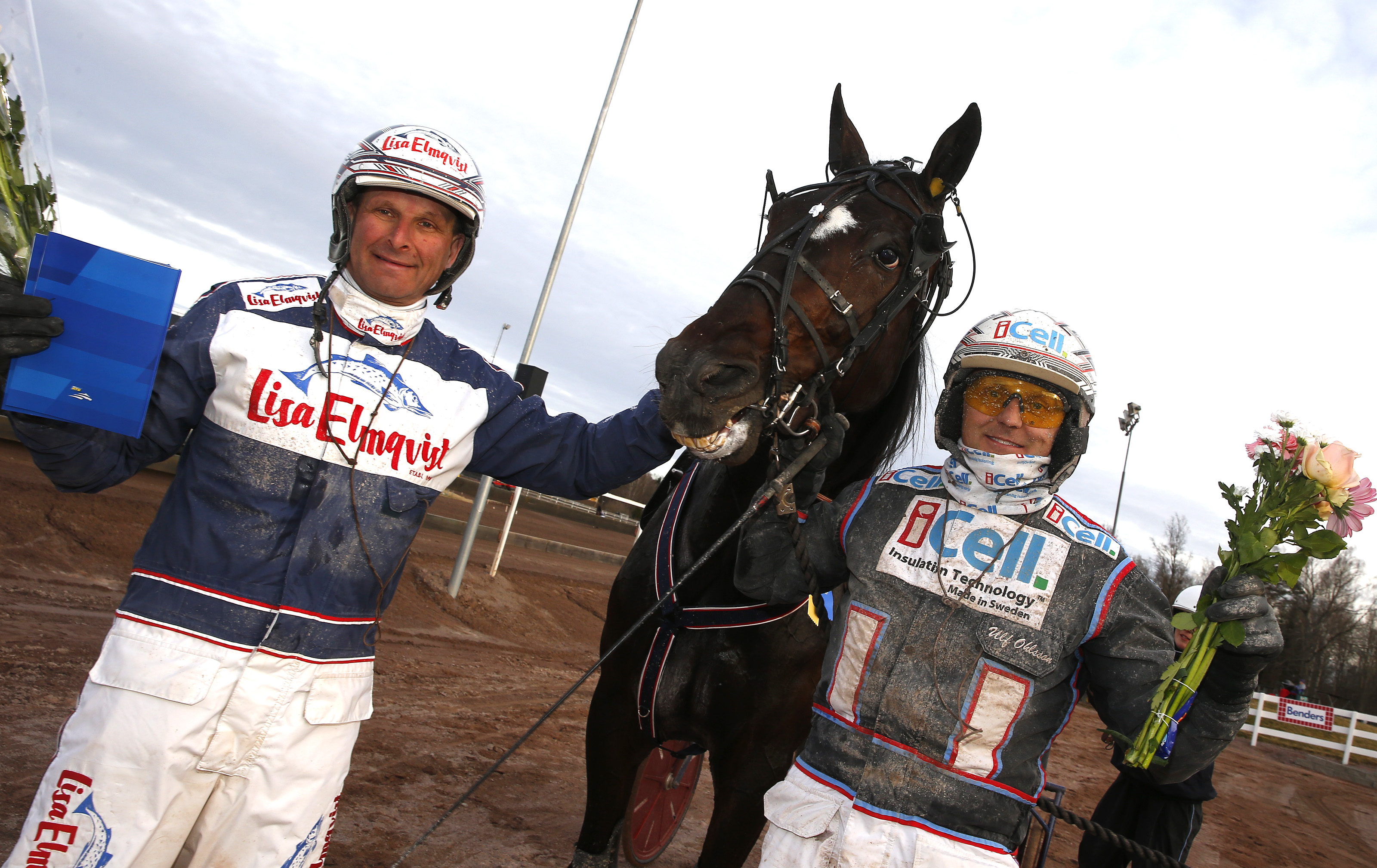 Reijo Liljendahl has been waiting for a good post position for Shadow Woodline and on Saturday it might just be his turn in the gold division.
"Finally! Now we have great conditions and I believe in my horse" says Reijo and goes all in when it comes to equipment and shoeing.

Örebro is hosting this week's V75® with a few very nice races.
One of those is the gold division where it will be full speed ahead over the mile. It's not impossible that we'll get to see a time down towards 1:10.0 and one of the hottest bids for the win is Shadow Woodland. Reijo Liljendahl's horse has won multiple V75 races each year lately. Since he can leave the gate extremely quickly, he has most of the time gone straight to lead and stayed there.
"he can leave the gate extremely fast and not many can outleave him.He even made the front from post eight at Yonkers and that's not an easy thing to do. He's very effective on the front and has done his best races there" says Reijo Liljendahl.

"1:10.5 last kilometer - close to top form"
Shadow Woodline has raced twice this year, both times he started in the second tier in the gold division. After finishing fifth in his first start, he finished very strong in his last start to finish third in the gold final behind Zenit Brick.
"I clocked him to 1:10.5 last kilometer and he raced very well. He crossed the wire at full speed and he has trained well after that too. I trained him this morning (Monday) and he felt great. He's very close to top form right now" says Liljendahl.

Good chance to win
After starting from the second tier in both starts this year, Reijo Liljendahl was very pleased to see that Shadow Woodline drew post five in Saturday's race over one mile. Ulf Ohlsson will drive as usual.
"Finally we drew a good post position. Post four and five are really good in Örebro, the horses get away good from the center of the track there. I can't see how anyone would be able to outleave him, but you never know for sure".
"I have a good feeling that he will race as good as last start or even better and when he hopefully can race on the front it must be a good chance to win" says Reijo Liljendahl who is thinking about how to get the most of his horse on Saturday.
"He will race barefoot and in an American sulky again, but maybe I'll change his bridle from an open-eye bridle which he usually wears, to a blind bridle".