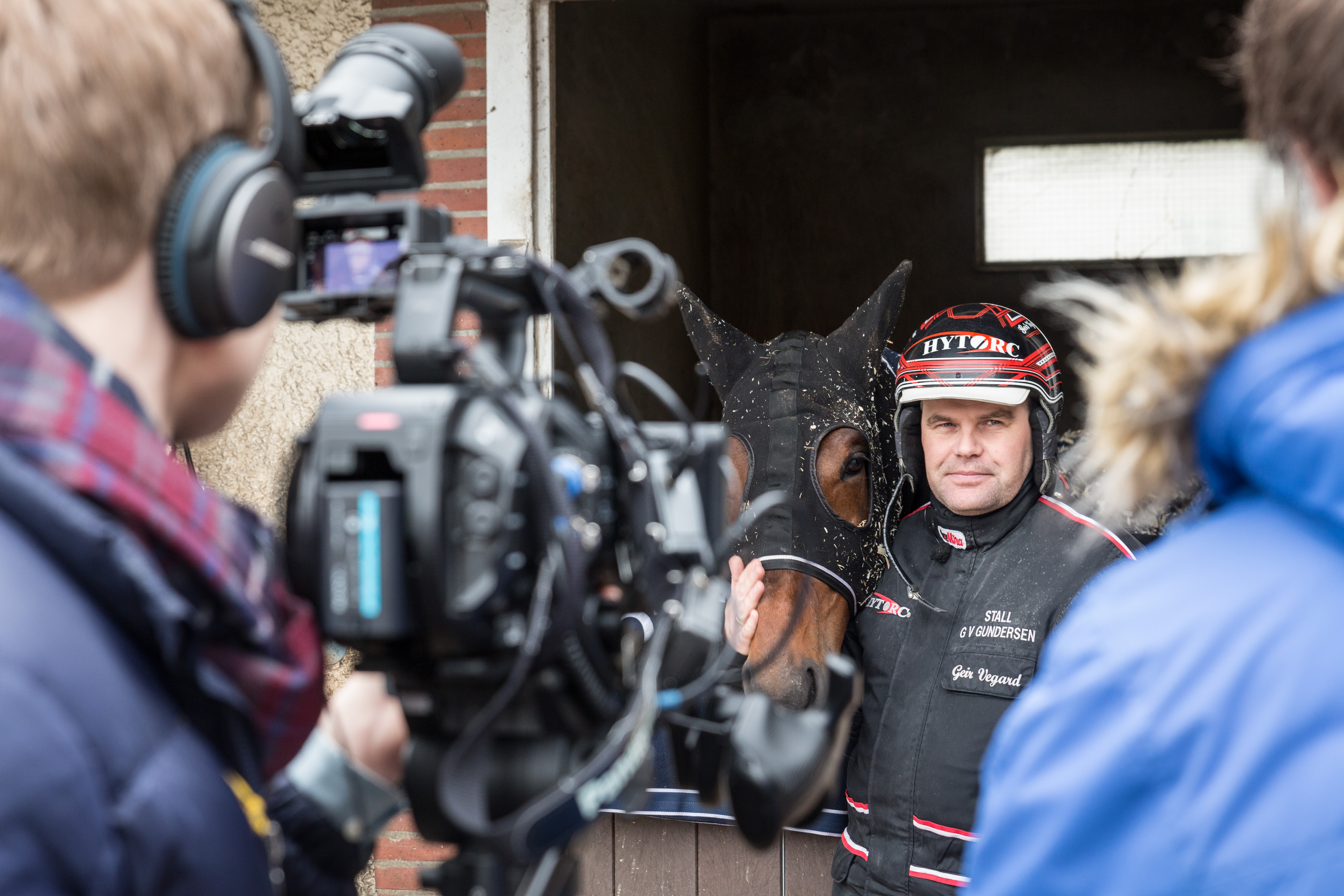 Geir Vegard Gundersen is having a career year and has won several big races.
Despite a smaller stable his horses has made almost SEK 10 million and he is right behind Frode Hamre is the Norwegian trainer standings.
When V75® visits his home track Bjerke this Saturday Gundersen has several interesting starters.
"Iggy B.R. is definitely my best chance" he says.

V75® goes west to Norway this week and on Saturday it makes a stop at Bjerke racetrack outside Oslo.
Bjerke based trainer Geir Vegard Gundersen has had a very strong year. Despite having 'only' 26 horses in training he is threatening the defending champion trainer Frode Hamre in the top of the standings in Norway. His stable has earnings of almost SEK 10 million, which is a career best for Gundersen. Frode Hamre is on top with a couple hundred thousand (SEK).
"We've had many good years in a row now and last year was fantastic. But I have to say that this year has been even better. We don't have more than 13-14 racehorses and we've won many of the bigger races. That's a very good accomplishment" says Geir Vegard Gundersen.
"But Frode Hamre will be the champion trainer since my season is pretty much over now. My goal is to have my horses good in the summer for the big stake races. In the winter we pretty much just train. I'm anyway very pleased with our result".

Has an undefeated super talent - "A fantastic horse"
During Bjerke's super weekend back in September the Gundersen stable was very successful in the stake races. He won the Norwegian Derby himself with Max Brady - Gundersen's seventh Derby victory.
"Gunnar Eggen holds the record with ten Derby wins so my goal is to win four more" says Geir Vegard. In his stable he also has super talented Hillary B.R. who won the Mares Derby. The four year old mare is still undefeated and is being viewed by many experts as Norway's next super star.
"She was supposed to have raced in the Breeders Crown final in Eskilstuna but she got a reaction in a hind leg after the Derby win so we've taken it easy with her after that. She's back training lightly now and we are aiming for next year with her. She has 15 wins in 15 starts and she's just a fantastic horse" says Gundersen.

"A very capable horse - my best chance"
Back to Saturday and V75 where the Bjerke based trainer has five starters. He has gotten them in full form for this race day but complains over how they drew.
"Only one horse got a good post position. The others drew post seven, seven, eight and eleven" says Gundersen with a sigh.
The horse with the best post position is also the one with the best chance. That is three year old Iggy B.R. who had never lost when staying flat before the Norwegian Kriterium, but he made a break as one of the favorites there. He has five wins in nine starts and he won convincingly in his most recent start, last Saturday.
"Iggy B.R. (V75-2) is a very capable horse but he is still very immature and you can't trust him yet. Last Saturday he was good and won the final in a fall series at Jarlsberg with all the best three year olds in the race. He won very easily but now he's in against older and more experienced horses and I don't really know them all that well. Post two behind the gate is perfect and I hope he will mind his manners again. If he does, he should have a good chance and the distance 2,600 meters is to his advantage".

"Locked in and was loaded in the Derby"
Here are Geir Vegard Gundersen's comments on his other V75 starters in chronological order.
"N.Y. Coeur de Soleil (V75-1) races well pretty much every time and he's at his best when he can get to the lead and keep a high even pace. Unfortunately he won't be able to do so from post seven which is a tricky post in this type of field. He has shown a lot of talent and won in V75 at Årjäng and he also won a race during the Elitlopp weekend. We have to hope for an overpaced race and maybe he can get a check then. No changes".
"Blueridge Sun (V75-4) was very good in her last start when she won in 1:12.5. She's a mare who has raced well in all of the starts she's made and she finished third in the Mares Derby. Too bad she drew post eleven and because of that I have to lay a bit low. We have to hope for some luck form here and I think she should go on the V75 ticket if you have a few horses in this race. No changes".
"Noble Superb (V75-6) has had a very got fall season, he won his Derby elimination and in the final he got locked in and was loaded. He was also fifth in the Grand Prix de'l UET in Helsinki two starts ago. With a better a post he would have had a good chance to win this but post seven behind the gate over the short distance is a tough task. I think we will have to aim for a nice check. No changes".
"Faust Boko (V75-7) is a good horse who is very consistent and he races well every time. His form is good but unfortunately it's the same thing with him, post eight behind the gate over the short distance is killing his chances. We have to hope we can find a spot and that the race will be overpaced. No changes" says Geir Vegard Gundersen.