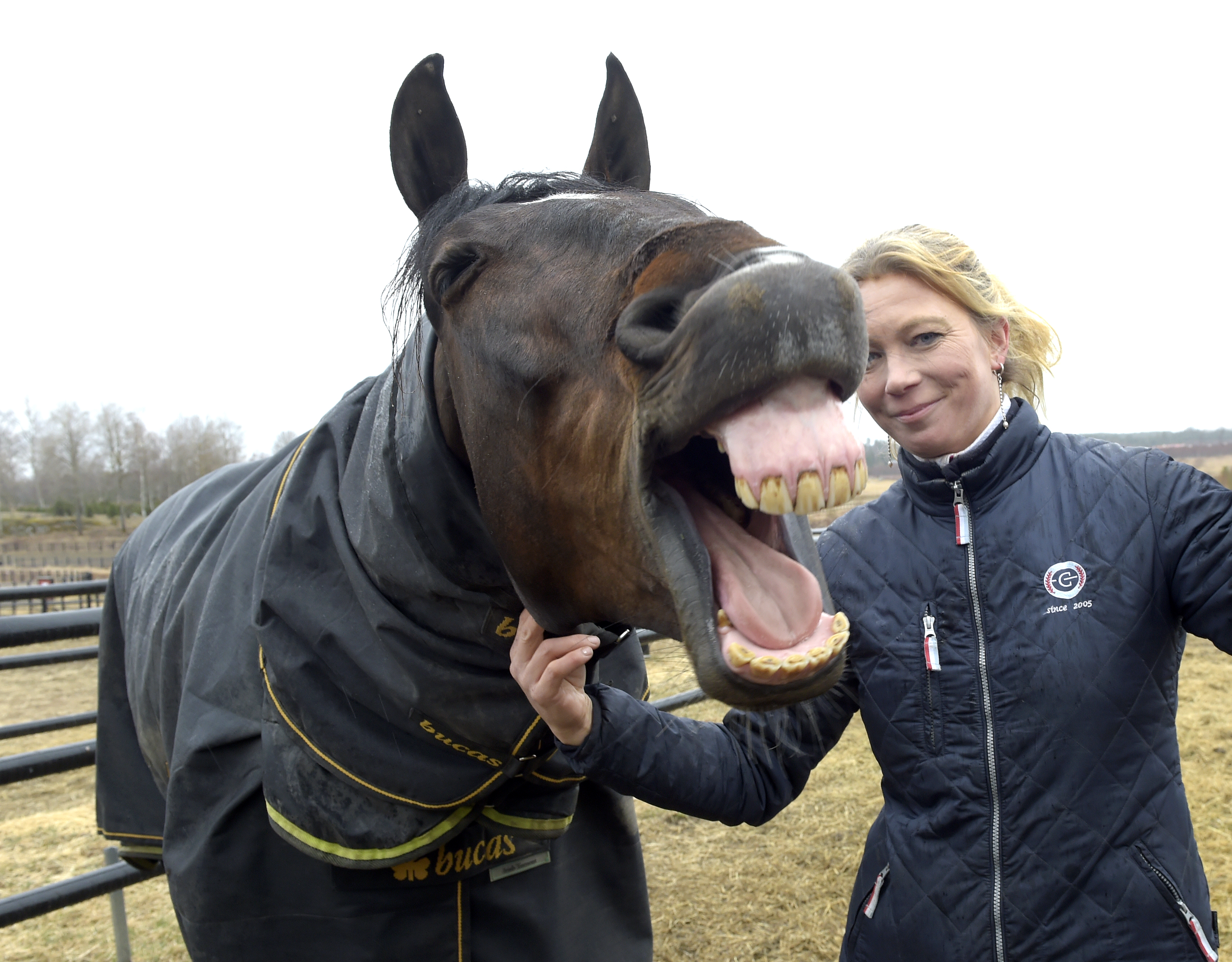 He was the horse everyone talked about when he beat Propulsion in his last start.
This time Elian Web is the favorite to win Saturday's gold division final at Solvalla - with SEK 300,000 to the winner.
"My horse is better than he's ever been and I hope he can win again" says trainer Katja Melkko as she is dreaming about another start in Elitloppet for her star trotter.

Over a year has gone since the Finnish trainer Katja Melkko moved some of her horses to Julmyra Horse Center just outside Heby. She lives together with the Finnish trainer and driver Janne Soronen and has around 20 horses in her stable in Sweden and another 20 in Finland. The big star of the stable is Elian Web, who raced in Elitloppet already in 2017. He had no chance from post position eight but trainer Melkko is dreaming about another start in the big sprint race at Solvalla, the last weekend of May.
"That's still far away but the goal is to race there this year again. Even if he's been very good before, I think he's better than ever now. He's a very fast horse and if he's in top form in May it would be a lot of fun to race him in Elitloppet once again" says Katja Melkko.

"Jorma was a bit worried after the warm up"
Elian Web had bad luck with the draws for a period of time but finished well from way back several times. In the final of the gold division on December 26 he finished second with Janne Soronen in the bike from post position ten. Before his last start at Bergsåker trainer Melkko stated that she hoped to give Propulsion a fight for the victory. Especially since Elian Web had a good post position behind the gate while Propulsion was starting from the second tier. It turned out to be an impressive wire-to-wire victory and he never gave Propulsion or anyone else chance to challenge him on the front end.
"He was very good then and that was nice to see. He's put up many good efforts before and this was one of his best ones. But Jorma (Kontio) was worried after the warm up and said he was too relaxed and didn't feel as sharp as he usually does before a race. He said that Elian Web has felt sharper and more geared up in the warm ups before and that he was very laid back and lazy. But after the race Jorma was very happy when he was so good".
"He has felt good in training after that too and has no issues. It's been a little while since his last start but he usually doesn't need to race too frequently to stay in top form".

"I think he takes the lead - very good chance"
On Saturday the V75® finals will be held at Solvalla and the classy races come with an added jackpot on V75. According to ATG®'s calculations a sole winner could take home SEK 41 million with all seven winners picked. In the final of the gold division, V75-3, Elian Web has drawn post position four. His worst opponent Disco Volante will start to his outside and the tactics should be given for Jorma Kontio behind the catapult starter.
"He has a good post and I think he will take the lead. But there are several very good horses in the race so it won't be easy. But I think he should have a very good chance to win. He's been good for a long time and he still feels great in training. No changes, I don't want to change a winning team" says Katja Melkko.