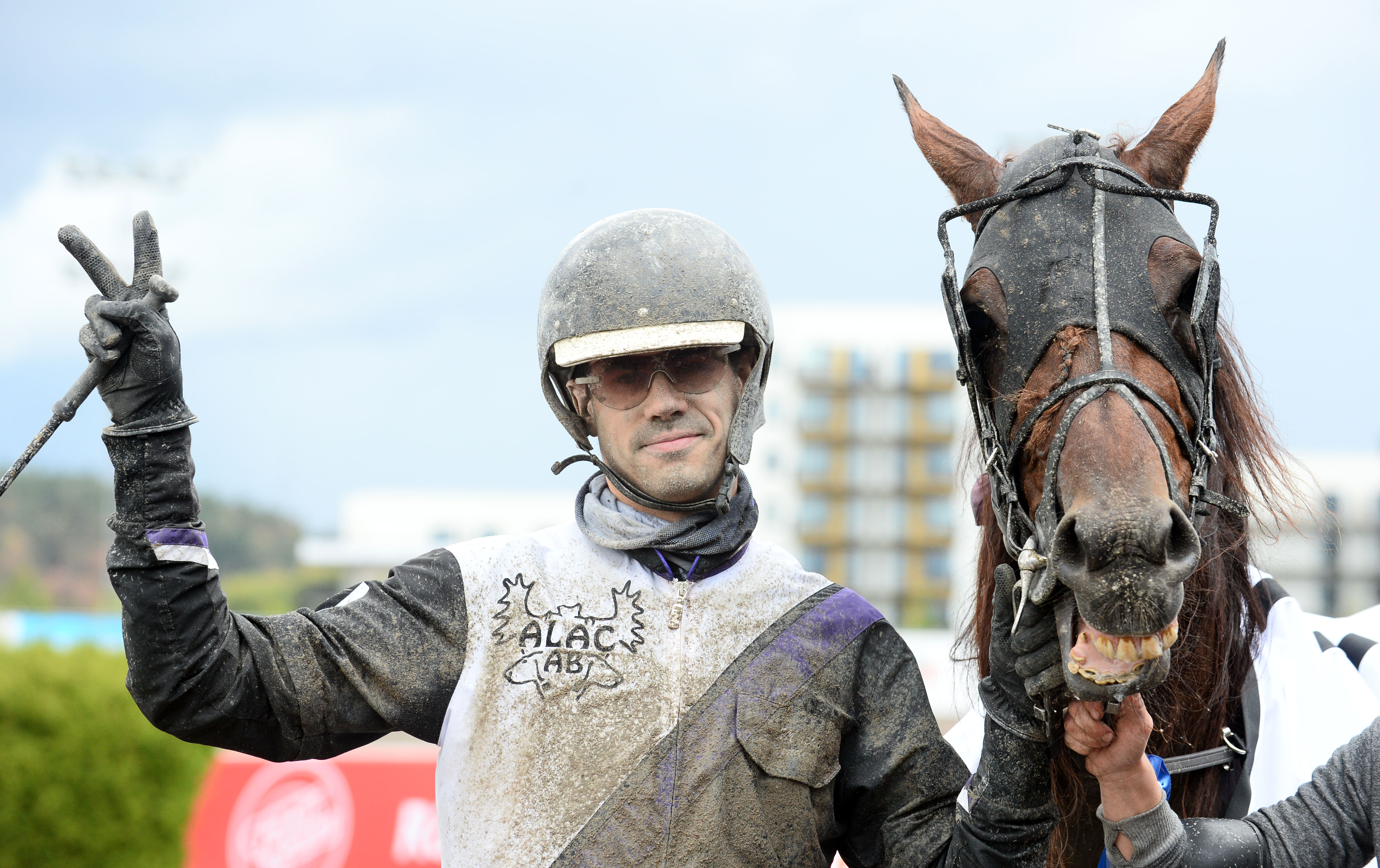 V75® (jackpot): Hoping for quick revenge in the final of Sommartrav®et

Hot or calm?
That's the question.
Last Saturday Doctor Doxey Zenz became way too hot - now the trainer is hoping for revenge in the final of Sommartrav®et.
"I will keep him much more calm in the warm up this time" says trainer Mathias Andersson.

Last Saturday Doctor Doxey Zenz finished fifth after a tough trip outside the leading favorite Eldorado B.
"I had to give up my chances of holding up the lead already when he was way too hot in the post parade. He was calm in the warm up but after I had made a little bit of speed with him he was like a different horse in the post parade. It's hard to know how he will act. The fact that there were two recalls didn't help us either".
With a hot horse in his hands Mathias Andersson chose to swap the pocket position for first up and from that position he finished fifth.
"I didn't want to fight with him behind another horse andwhen he's at his best I think he's good enough to go on the outside too. I think he held on pretty ok even if I thought he would be better. He still trotted 1:12 over 2,140 meters" says Mathias Andersson.

Perfect post two
The check for fifth place was worth SEK 12,000 and that means that Doctor Doxey Zenz fits the final of Sommartrav®et (V75®-7) at Rättvik on Saturday perfectly.
"Perfect, we also got a perfect post position now that it's volt start" says Mathias Andersson.
How do you look at your chances?
"The post position is good like I said and normally I should be able to get a good start from there. The race isn't really the toughest edition. I think he should have a chance even if I have a feeling I'll end up outside the leader. I have a horse who doesn't like racing behind horses, his style is to set his own pace. I'd rather sit first up than third along the pylons".
"He likes racing first up, outside the leader. If he's got a normal day and stays quiet there's even a chance that we can reach the front, but it depends on who is there of course. I would say we have a 20% chance of reaching the lead and a 50% percent chance of reaching first up" says Mathias Andersson.
You sound pretty optimistic?
"Yes, I don't think there are any monsters in here. Muscle Hustle is good but has a tricky post position and he's very up and down".

More quiet warm up this time
Will you make any changes?
"I will keep him much more calm in the warm up, just take it easy. If I'll make any equipment changes, that will be decided later in the week. He raced barefoot three starts ago so if I want to do that again, I can. It doesn't make that much of a difference for him anyway. It won't depend on that wether he'll win or not, the most important thing is that he stays calm".
And your overall feeling?
"I have a good feeling. He has raced well at Rättvik before. I've raced him there twice, once he won by 70-80 meters and the other time he finished second. He has behaved well there before and I hope he will again. I think Rättvik will be fine".
This V75 card has an added jackpot where a sole winner could take home SEK 44 million.