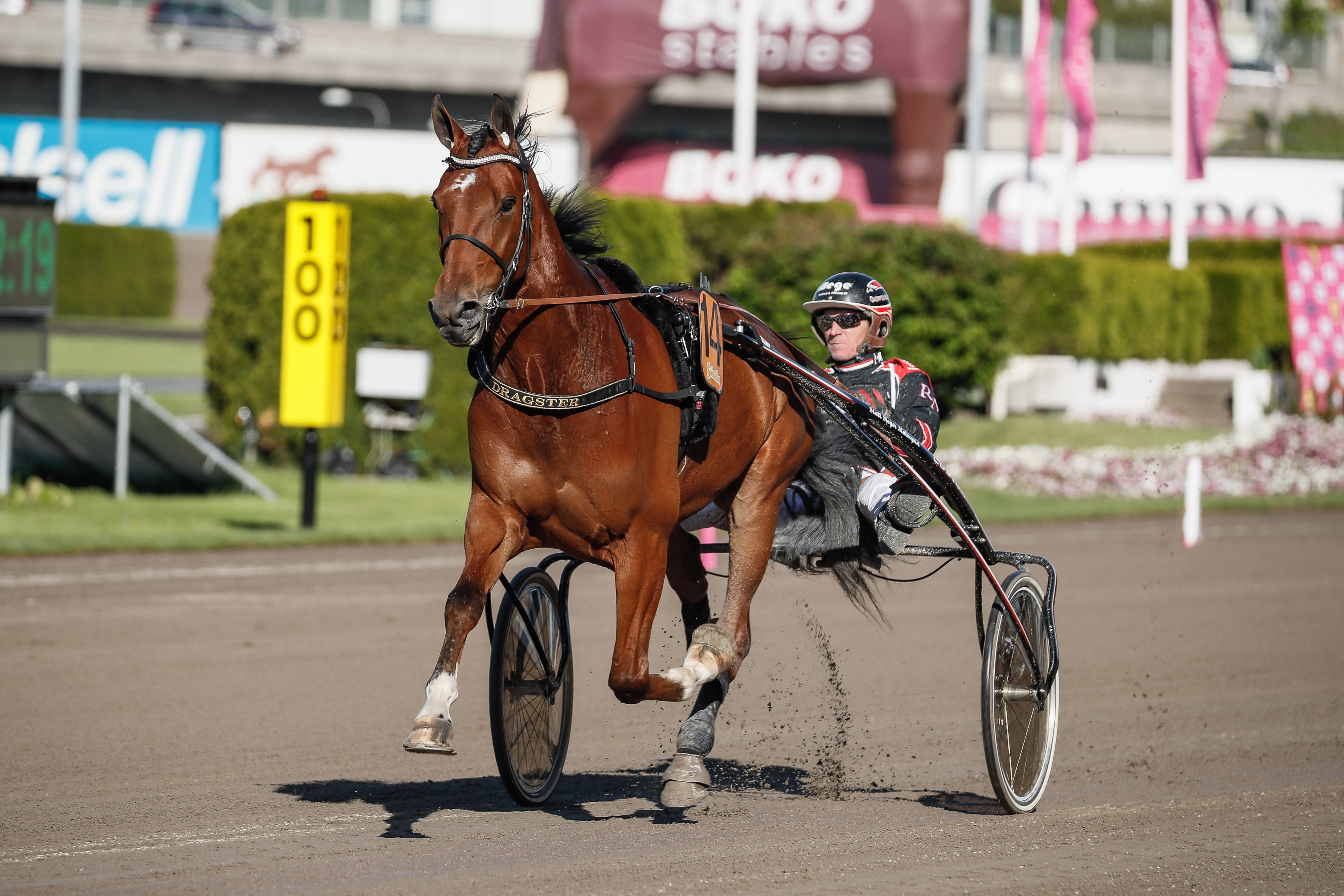 Last year he upset won a leg of the Paralympic Trot after a three month long layoff.
On Saturday, Dragster (V75-3) is back in the race program with similar conditions.
"My horse feels much better before his seasonal debut this year. I don't think he has ever felt this good" says trainer Roger Malmqvist.

It was in the leg at Örebro last year that Dragster and Roger Malmqvist came flying in a sizzling finish and beat the leading Sorbet and Örjan Kihlström.
The latter was probably the most surprised of them all and after the race he gave the following comment:
"I still don't understand how I lost that race. It sucks that I didn't even pull the earhood off. I think Sorbet held up his speed well but Dragster came like a catapult".
And now, the catapult is back.
Just like when he upset won at a 30-1 odds, he returns after a several months long layoff.
According to the trainer he is better prepared this year.
"When he came out last year, he wasn't all that sharp in training. He is now. I don't think he has ever felt this good. Not in a very long time, at least" says Roger Malmqvist who trained his horse sharper at the track last week.
"I trained him at 1:13.5/1,600 meters. The time doesn't say much for a horse of that caliber, but he raced with heavy steel shoes and in an open bridle and he felt so darn sharp and good. He didn't run in at all in the turns, which he usually can do. I couldn't be any happier with him".

"Better now than a year ago"
Add that the conditions at Halmstad are not that different from the ones at Örebro last year. Then it was 1,640 meters, now the distance is 2,140 meters, but thanks to the inside post there is a chance of getting the same trip again - a pocket trip.
"That's what I'm hoping for. If I let Night Brodde go, he might let Extreme go and then I will sit third at the pylons. I have to study the program a bit, but my goal is to get a pocket trip".
Can you upset this year again?
"He is a horse who doesn't need much training and who usually races well after a layoff. You have to remember that he is ten years old now and you can't ask him to go out and beat an Elitlopp horse like Extreme. But I think my horse is better now than a year ago, I have to believe that considering the way he feels. So maybe the bettors shouldn't forget us as much this year".

Equipment changes
Malmqvist's other starter 1 All Star (V75-1) drew the same post position as his stable mate. Peter Ingves will be in the sulky behind All Star who was good when he finished second on V75 at Kalmar three starts ago, but he has struggled after that.
"Last time out I took his front shoes off and that didn't work out at all on that hard track. He was pacey throughout the race, so we can forget that start".
"I'm sure the form is just as good as it was in Kalmar, I can feel that in training at home".
Roger hopes to take advantage of the post position here too and get a pocket trip.
"He left fast from the inside post at Jägersro four starts ago and I'm pretty sure he is fast enough to get a pocket trip behind Sweetman, who I think will lead this race from start to finish. Sitting behind him could be perfect, then he has big chances of finsihing top three and he could even have a change to win if he gets out".
As opposed to Dragster, who will race with his regular equipment, All Star will get a couple of changes.
"We will put the shoes back on again. I entered with an American sulky, but most likely he will race in a regular style sulky this time. He has raced best in that one. I might also open him up a bit and change his bridle to a pull-down bridle. I think he can leave fast with that bridle too" says Malmqvist who ranks both his horses high in "V75 Expert Picks" of this jackpot card with a pool for all seven winners picked estimated at SEK 50 million.
"Of course, neither of them has a great chance to win and they both need luck. But they are in good form the post positions are perfect so they could upset".