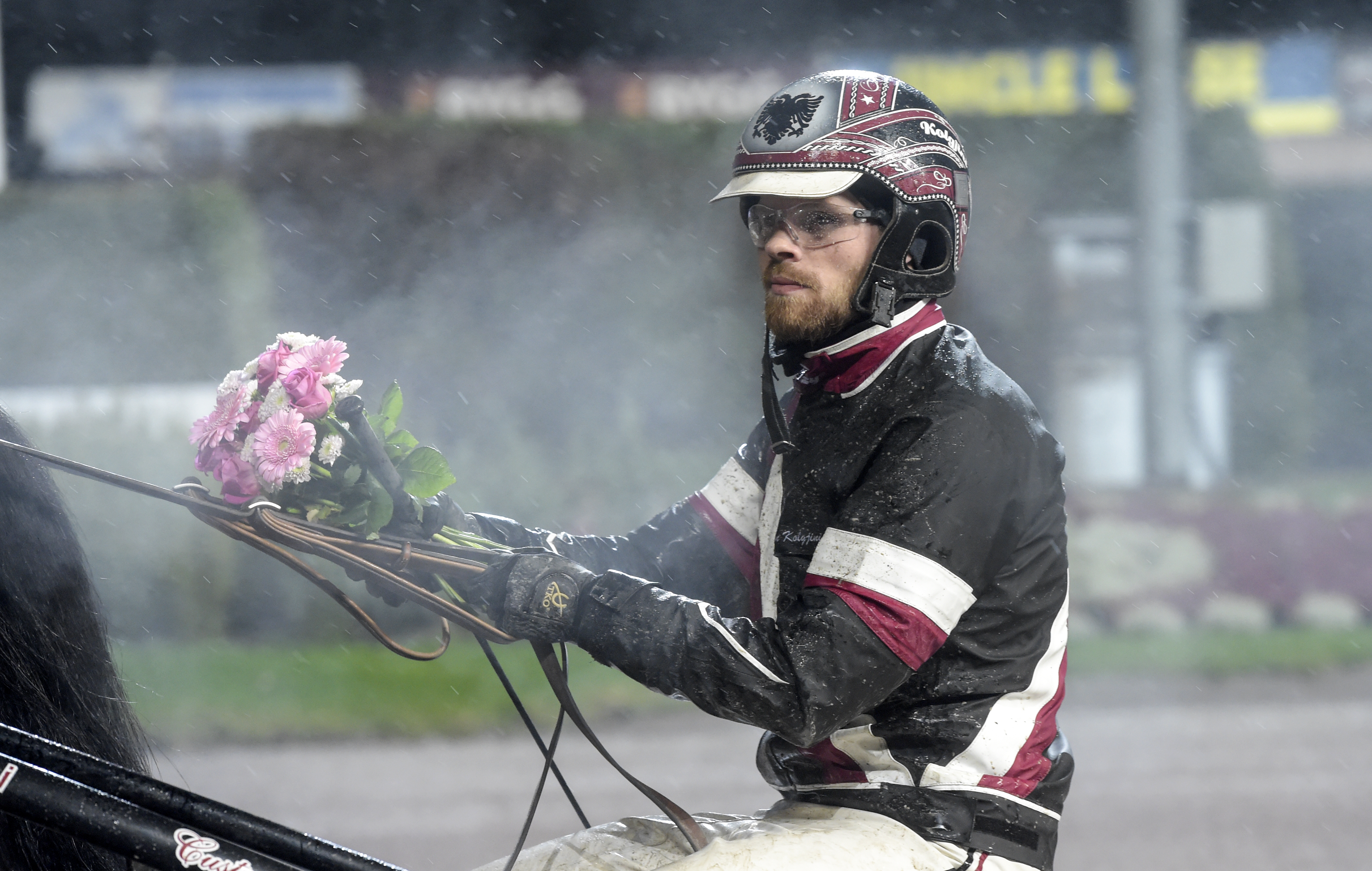 V75®: Kolgjini aiming for a double

The spring is here.
This Saturday's STL finals offer the best racing card in the country so far this year.
"It's such a high class racing card on Saturday. Real class, it just screams spring" says Adrian Kolgjini who believes strongly in two of his horses on V75®.

SEK 220,000.
That is the lowest first prize in all of the eleven races on Saturday at Solvalla.
All due to the fact that the four races before V75® are all legs of Margaretas Tidiga Unghästserie, which have attracted lots of promising three and four-year-olds.
But all the races on the V75 card are the regular STL classes and finals mean that the best Saturday horses from the winter will all get a chance to square off against each other.
Adrian Kolgjini ships in with two of last year's most improved horses.
4 Upstate Face (V75-3) got his breakthrough when he sprinted home the bronze division final with the fastest finish of the entire Elitlopp weekend.
After that the development curve pointed straight upwards and he went on to finish third in Hugo Åbergs Memorial and second in the Swedish Championships.
He returned to the racetracks on March 12 and finished third in 1:10.1/1,640 meters.
It wasn't just the time he trotted as much as the way in which he did it that attracted the attention as Upstate Face crossed the wire fastest of them all.
"It was such an amazing feeling. It felt like he had just gotten up to top speed the last 100 meters. I couldn't have wished for a better seasonal debut" says a clearly satisfied Kolgjini in the podcast "V75 - lördag hela veckan" and continues:
"He wasn't trained to win that race. With that start in his legs...oh man. He has taken big steps this past winter".

Up two notches
On Saturday he starts from post position four behind the gate, two spots outside of the favorite Who's Who, who defeated Upstate Face from the lead in Hugo Åbergs Memorial last year.
But there is a factor that speaks in favor of a different scenario on Saturday, the fact that Disco Volante starts from post position five.
That is something that Kolgjini has taken into consideration in his race analysis, where he hopes to get to the lead.
"The fact that Disco drew a good post could be to my advantage. He is very quick, but mine is quicker than what he has shown in his last starts. I can leave faster than what I have done. If I can be first on Disco that could be decisive for the race".
As opposed to his toughest opponents, Upstate Face will not race barefoot.
"His feet has gotten a bit bad. I could race him barefoot, but I'm not sure how many times I can do that during the year so I want to wait for one of the bigger races".
"We raced him barefoot quite a bit last year and his angles changed drastically. We then decided that this horse is so good that we don't want to risk anything and will wait until everything is one hundred percent again" says Kolgjini, who despite the handicap has a lot of faith in his horse and counts on an improved effort this time.
"The way I have trained him he should step up at least two notches, as big of a horse as he is. I'm very excited about Saturday, I have to say".
Also in the race is the fellow six-year-old, stable mate 3 Ubiquarian Face.
"He is a solid horse who always races well, but he doesn't win all that often. I expect him to get a nice check, but to win is a longshot".

Expects to get the lead
If Upstate Face developed a lot during last year, the question is if 5 Kali Smart (V75-4) didn't make an even bigger class climb. As a four-year-old, born in the Netherlands, she was ineligible to most of the Swedish stakes. Therefor she raced mostly on V75 where she despite her young age managed to beat the best mares in Sweden, when she won Giant Diablos race at Solvalla in September.
This is her seasonal debut and she has the probable favorite Dear Friend to her immidiate outisde. That means we can expect a battle for the front, which could decide who wins the race, but Adrian has no doubts that he can win that battle.
"That is probably the least of my problems. She has shown how explosive she is, both when she took the lead from post position six, three starts ago as well as in her last start at Åby, without even being in top form from post position one against good horses. I even missed the gate by a neck. She has developed a heck of a gate speed. She might not be as quick the first few strides now when she hasn't raced for a while. But she has so much class, Dear Friend doesn't scare me".

"Really good chance to win with both "
To win in the mares elite as a four-year-old is very unusual and Kolgjini hopes that his mare can develop further.
"I almost forget that she was only four, last year. If you look at her now, she has grown in every way. She got taller, bigger and she has put on an enormous engine. I hope she will take another step up this year, but you never really now until she starts racing. The way she looks, it looks promising at least".
Kali Smart will race barefoot right off the layoff and Kolgjini has a hard time picking which of his two drives has the best chance to win on Saturday.
"I don't know, both! I think I have a really good chance to win with both" says Adrian Kolgjini.