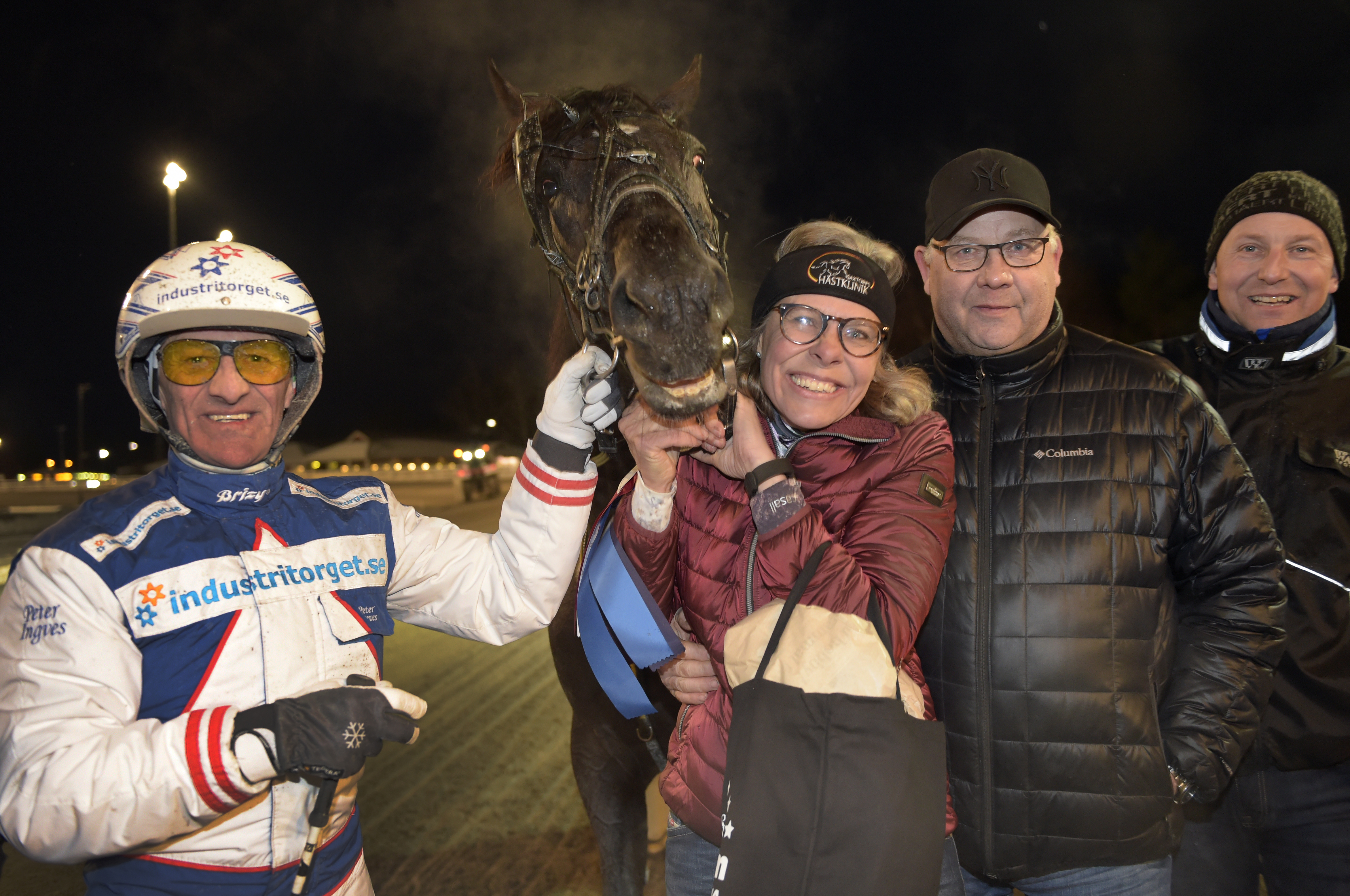 Is last year's V75® rising star and winning machine in good form?
Yes, it sounds like he's still getting better and better.
"I've never felt him better than how he felt last time I trained him" says trainer Mats Rånlund about his horse racing on V75 at his home track Jägersro this Saturday.

The little warrior Olle Rols was piling up wins on V75® last winter and spring.
The day after Christmas in the V75 final at Solvalla he demolished his opponents and showed that he's back in good form again.
Olle Rols might not have the best gait out there but the way he moves his little legs is very impressive. His attitude - he has a heart of gold - is another big feature that helped him when he started racing on V75.
In December 2017 Olle Rols introduced himself by winning in the lowest class on V75. He piled up six wins in a row and went straight through the classes until he reached the silver division where he suffered his first defeat in the springtime.
After making a few breaks early summer (which trainer Rånlund says were bad luck), Olle was put away in the second half of June.
"He got a vacation and was away from racing for five months. He got two full months in the field. After that he got what is usually called winter training even though it was in the early fall for him. I gave him a lot of heavy training to build him up for the coming year" says Jägersro licensed trainer Mats Rånlund who owns the horse together with his girlfriend Anne Haglund and breeder Clas Lönner, Thomas Welander and Rikard Sjöberg.

"Would have won there too"
Olle Rols got a few sharper heats at Jägersro before his return this past November.
"He was locked in there or he would won that start too, had he just gotten out. After that he raced in the silver division twice in a row and I think he was a bit short there. But then he won the final on December 26. He always does everything right" says Mats Rånlund.
Peter Ingves drove as usual at Solvalla in his last start. After being hung out three wide the first turn he was parked outside the leader for the rest of the race and Olle Rols controlled the race from that position and won before the race leader Disco Volante. A true demonstration of his strength.

"Won't have to fight for position"
The class climber from Jägersro remains in the silver division and drew a perfect post two in V75-6 on Saturday.
"That's the best possible post position for him. Peter is where he's supposed to be right off the bat and won't have to fight for position. The rest is up to Peter, with tactics and such" says Mats Rånlund who expects another strong effort from Olle Rols.
Rånlund leaves his horses singled out in the V75 expert picks.
"He should have a good chance to win if nothing unexpected happens. I trained him last Saturday and I've never felt him better. 5 Västerbo Exact and 4 Master Crowe are two very good horses and I think they are his toughest opponents”.
How do you think Olle will handle the fast tracks and the tough competition in the gold division in the coming spring and summer?
"Time will tell. Long distances will help, since he's very strong. If V75 wasn't here at home this weekend i probably would have waited to race him the following week at Solvalla where the silver division is going over 2,640 meters. But 2,140 meters is fine too".