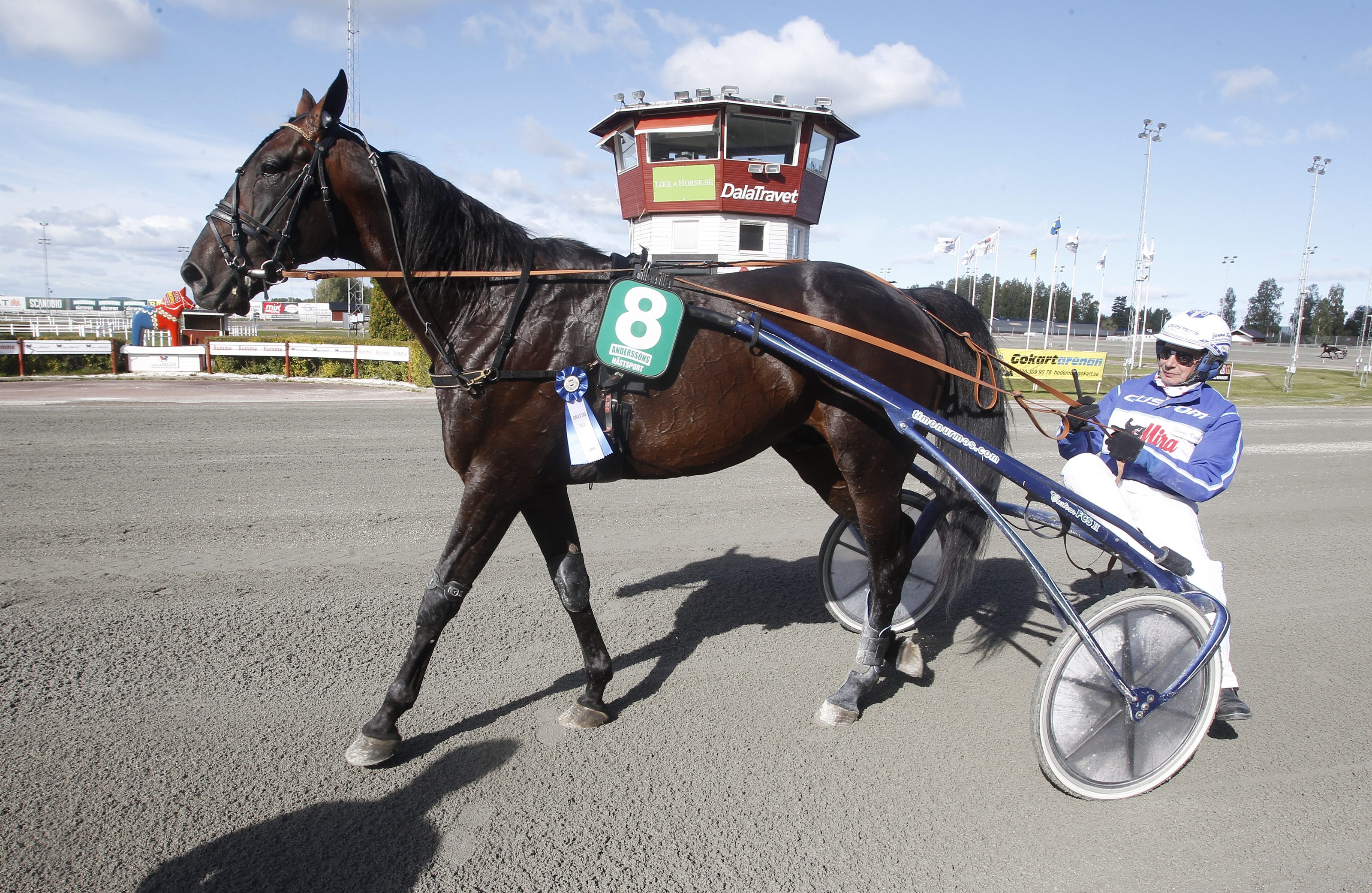 V75®: "My horse has ability for Elitloppet"

He returned to the races after a five year long layoff and won impressively in his first start on Swedish soil.
With only three lifetime starts Win B. Hill comes out on V75®.
"My horse has ability for Elitloppet" says trainer Timo Nurmos.

Romme is hosting this week's V75® which comes with a jackpot. A sole winner can take home at least SEK 41,000,000 according to ATG®'s calculations.
Almost a month ago the now seven year old stud horse Win B. Hill made his first start on Swedish soil. That was his first start for trainer Timo Nurmos and also the first time he raced in almost five years.
He was far from rusty though. Win B. Hill just toyed with his opponents when he won a lunch race at Romme in 1:11.6/1,640 meters despite post position eight behind the gate. That was only the third lifetime start for the horse who started his career for Åke Svanstedt in the United States with a win and a second place as a two year old.
"Win B. Hill (V75-1) is a very nice horse who is very talented. He has a very good pedigree (Muscle Hill - Win B.), good exterior and a big engine. He's like a stallion. I think he has ability for Elitloppet" says Timo Nurmos.
But adds quickly:
"He needs to stay sound. He had a suspensory injury after his two year old season and came to me as a three year old. It took a long time to heal and I gave him all the time he needed since he's my own horse. So it's hard to know if he can race at full capacity after his injury. He needs to show it on the track too, but I can feel he's an extraordinary horse".
"He was a very promising colt for Svanstedt meant for the Hambletonian and all those stakes. He won his first start and lost the second start in a photo finish because he lost a shoe. I bought him in Lexington as a yearling for $70,000".

"Post five in 'volt' start the worst possible - he's a big horse"
In his return at Romme Win B. Hill just exploded when Jorma Kontio fed him racetrack. Trainer Nurmos wasn't surprised by his horse's effort despite an almost five year long layoff.
"He was well prepared but had just trained in 1:24 speed since the qualifier this past summer. He will improve off of this start. He trained last Friday and will train him again Tuesday this week".
How do you look at the V75 debut for Win B. Hill from post five in 'volt' start?
"Post five is the worst possible post position since he's a big horse. He did qualify once in 'volt' but this will be his first time in a real race. He's a calm and quiet horse and I think he can handle it. But there's always a risk of losing some ground from these post positions".
"My horse is not as experienced as his opponents since he's only made three lifetime starts. He has so much talent so I still think he has a chance to win. He will race barefoot upfront like in his last start".

"A very nice horse - but still green"
The Solvalla trainer who sits on top of the V75 trainer standings with 37 wins, has three more starters on this week's jackpot V75.
"Magic Cash (V75-2) made a break as he was going to make a move in the middle of the race in his last start and I don't know why. Maybe there was a change of tempo right there. He's still a bit sensitive when there's a change of tempo in the race. He's a strong and nice horse but he's still very green. He feels good in training and if he stays flat he should have a good chance. He might race barefoot again".
"Global Undecided (V75-6) got a tough trip in his last and he usually likes that so I think he just had a bad day. He's felt normal in training after that and he trained today (Monday) and felt good. If he races the way he has previously on V75 he should have a chance to win. Barefoot again, no changes".
"Istanbul Boko (V75-7) had no racing luck at all in his last start. They hooked wheels in the last turn and he made a break, so we'll forget that start. He's a very nice horse under development but also very green. He doesn't know when to grab ahold of the bit and go just yet, but he's strong. He has no luck with post positions on V75 and will once again start from the second tier. He will race barefoot all around again" says Timo Nurmos.