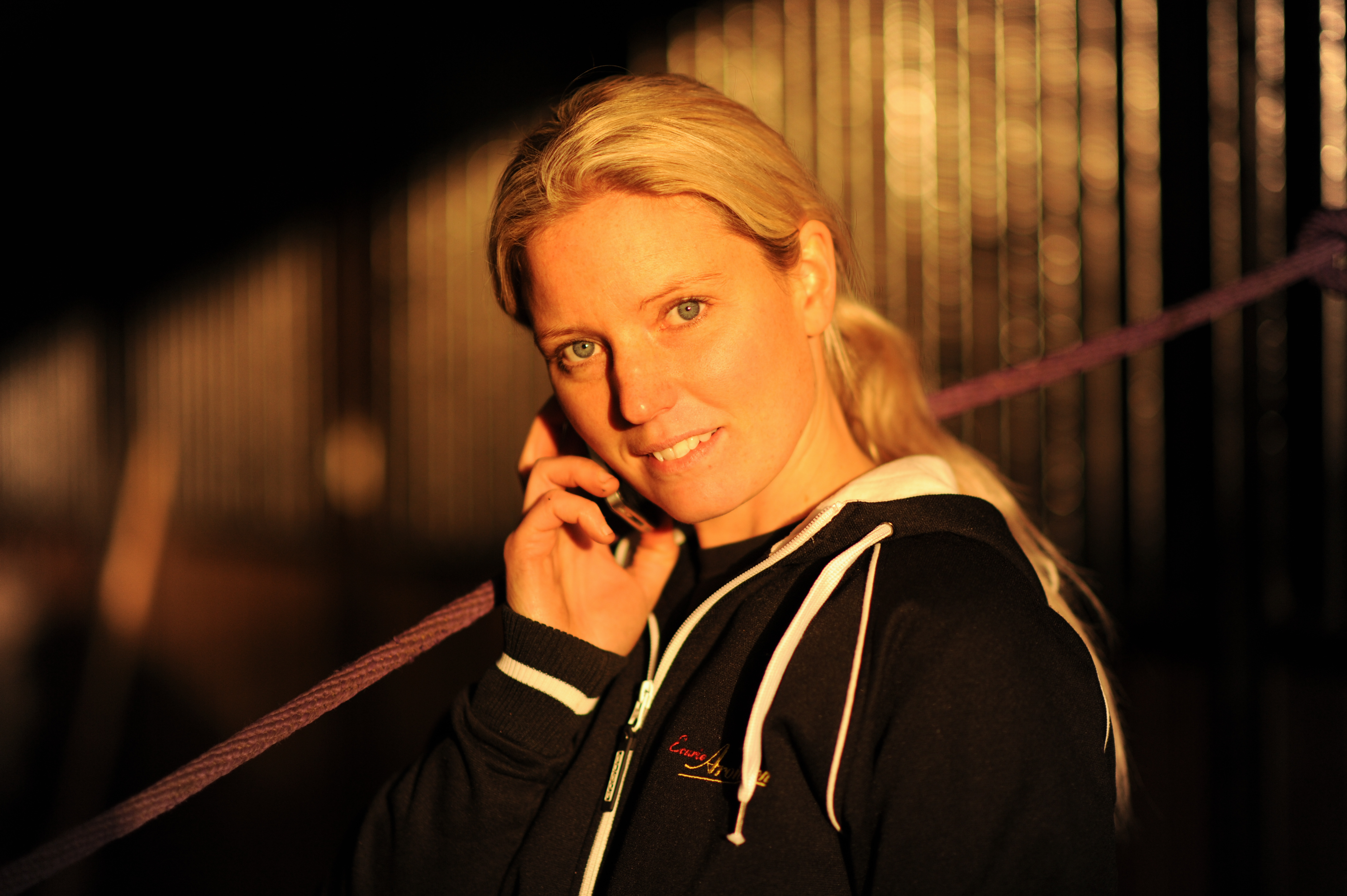 One of them got locked in and looked like he would have won had he gotten out in his last start.
The other one jumped off what seemed to be an easy win in the last turn.
On Saturday these two horses in super form are looking for revenge.
"I don't think I've had such good chances on V75® before" says their trainer Sofia Aronsson.

Sofia Aronsson's home track Axevalla is the host for this week's V75® and she has entered two horses both in absolute top form. First one to race is Hobby de l'Iton (V75-1) who in his last start had to settle for second in the Klass I final at Solvalla, after having climbed all over the galloping leader down the stretch.
"It's not often you get the chance to win a V75 final and to have to get locked in like that...Of course it was incredibly frustrating. But racing is racing and that's nothing to fret over. I was very pleased with my horses. he was as good as he possibly could have been and that's the main thing" says Aronsson's who also can report that everything is well in training with her six year old stud horse.
"He hasn't trained very hard now when he's racing back so soon, but everything looks normal and I have no complaints. It sure looks like he's in top form".
This week Hobby de l'Iton is racing in the Bronze division but the step up from Klass I isn't that big and post position two in this 'volt' start race should give him a good trip.
"He's in against some tough opponents but he has a good post position and he is tough. He races well both on the front end and from behind and he's definitely one of the horses who can win this race".

Can fly down the stretch
Sofia Aronsson's second horse in super form on this V75 card is Viola Grif (V75-4). The six year old Italian mare has made three starts for her new trainer since coming to Sweden and in her last start she was on her way to winning by open lengths after having swept to the lead into the last turn from second over. But all of a sudden she made a break with 300 meters to go.
"She just put her ears straight up and relaxed. It all happened so fast and I think it was just an accident. Emilia (Leo) said that she just gave her the lines since she felt so safe and she just swept right by them. Emilia has to be a bit more prepared this time and hold on to the lines better".
Not only did Viola Grif leave her opponents before she made a break. After having pretty much stopped to a walk and gotten back on stride, she delivered an amazing finish and came flying down the stretch to finish second - beaten by only a length.
"There aren't many horses that can stop like that and then go right back to trotting full speed again. I know I've never had one who could do it before".
This week she's in a leg of Diamantstoet and she will start from post three, with a 20 meter handicap.
"Everything is well with her after her last start and this looks like a nice race for her. I want to see her covered up and then Emilia has to play it safe this time and hold on to her around the turn and wait to use her speed until the top of the stretch. Axevalla has a very long home stretch so I think that will work out well. She can really move her feet so to speak".

"Never had such good chances on V75 before"
The exact equipment for her horses is something Sofia will decide later in the week after speaking to their drivers. When it comes to Hobby de l'Iton the question is if he will race in the American sulky again or go back to an old style sulky since it's 'volt' start this time. As far as Viola Grif goes, Sofia might add a shadow roll and possibly a pair of bell boots to get her safer. Regardless of the equipment, there is no doubt that Sofia Aronsson believes in her horses.
"I've never had such good chances on V75 before. Except for when Anna Mix raced maybe. But I have never had TWO such good chances on V75 on the same day before".