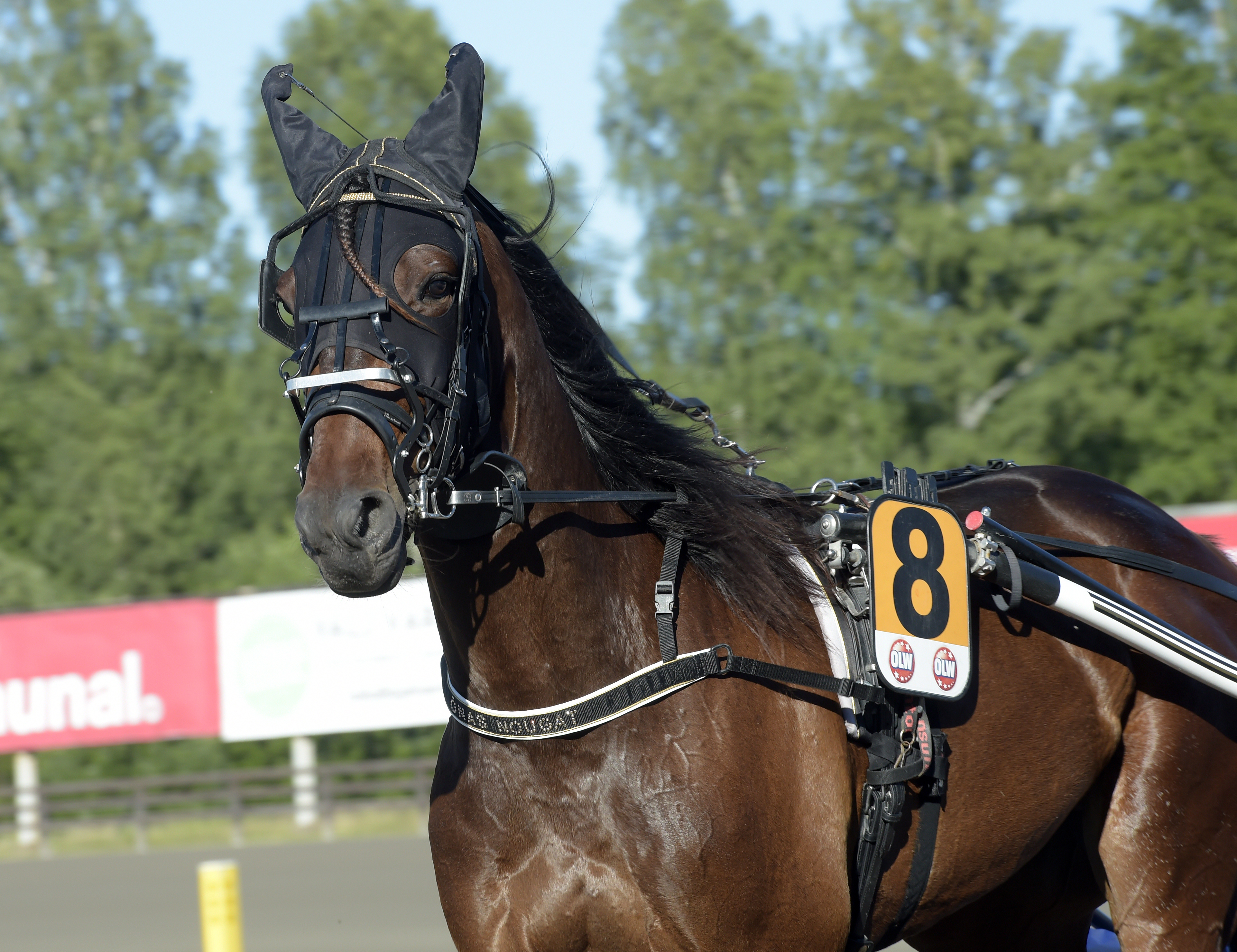 V75®: Nougat ready for another knock out

Two starts - that was enough for Önas Nougat in 2019.
In the second start of the year following an injury, the four year old won on V75® in knock out fashion and he still fits the bronze division when his home track Jägersro is racing its 2020 opening day on Saturday.
"He's a nice horse with enough ability to reach the gold division" says Per Nordström.

The new years starts off with its first V75® card at Jägersro racetrack in Malmö.
The bronze division will go off as the fifth leg on Saturday where the hometown hopeful Önas Nougat is one of the names that sticks out.
After almost a year long layoff the four year struck in V75 at Halmstad on the Saturday before Christmas and won in grand fashion.
Despite a hot pace (1:11 first 1,000 meters) Önas Nougat was able to step away from the field without having to go all out. Being on only four percent of the remaining tickets he swept them out like a broom in the last leg of V75.
"I knew he was on his way up, but I didn't know he would be that good after only one start. If he can stay healthy he could go all the way to the open" says Per Nordström when we reach him at home on his newly built farm right outside Sjöbo, in Skåne.
Önas Nougat made six starts as a two year old and participated in both Svampen and Svensk Uppfödningslöpning - the two main stakes for two year olds in the country.
As a three year old he closed out the year with two straight wins. That turned out to be the colt's last two starts in almost a year.
"He got injured in a suspensory which we let take its time. He didn't sustain it racing, he must have gotten it in the field or so. I don't think it came from overworking him. He won those two starts before it happened and he looked good and sound when we turned him out and all of a sudden it was just there" says Nordström.

Didn't go empty in Halmstad
The injury was pretty serious but after rest and training he was ready to win in his second start of 2019.
Önas Nougat's ability to leave is one of his best features and he took the lead easily from post five behind the gate in Halmstad.
"I never had to pull the ear hood and ask him to go all out, he was very good and won pretty handily" says a pleased trainer.
1:12.1 over 1,640 meters was the winning time.
"Hans Övstegaard from Gothenburg, who is new in the business had just bought Önas Nougat a week before and he got a V75 win right away. After that he also bought into a two year old right away so he is now involved in two horses in our stable. Of course he will be at Jägersro on Saturday".
How has the horse felt after his win?
"Very good. It was nice to be able to win so easily considering his injury history. So his form should be better now when he got another start under his belt".
He is very quick out of the gate but this time he will start from post seven. Could he do it anyway?
"He could do it on Saturday too. The post position is a bit worse, but he can win from other positions than the lead. The only position I have to avoid is first over. He just wants go too much when he has no cover".
How do you evaluate his chances in V75-5?
"He must be considered early. His form should be a notch better and he has to go on the V75 ticket".
Finally we have to ask how Revelation is doing. Your horse won Svensk Uppfödningslöpning in November and was incredibly good as one of the horses in the race that the bettors had forgotten about.
"Everyone except for us in the stable had forgotten about him! I have said it all along, that this might be something extraordinary. Revelation has the genes too, he has the same dame as On Track Piraten. If he can be half as good as On Track Piraten, then we will be very happy" says Per Nordström.