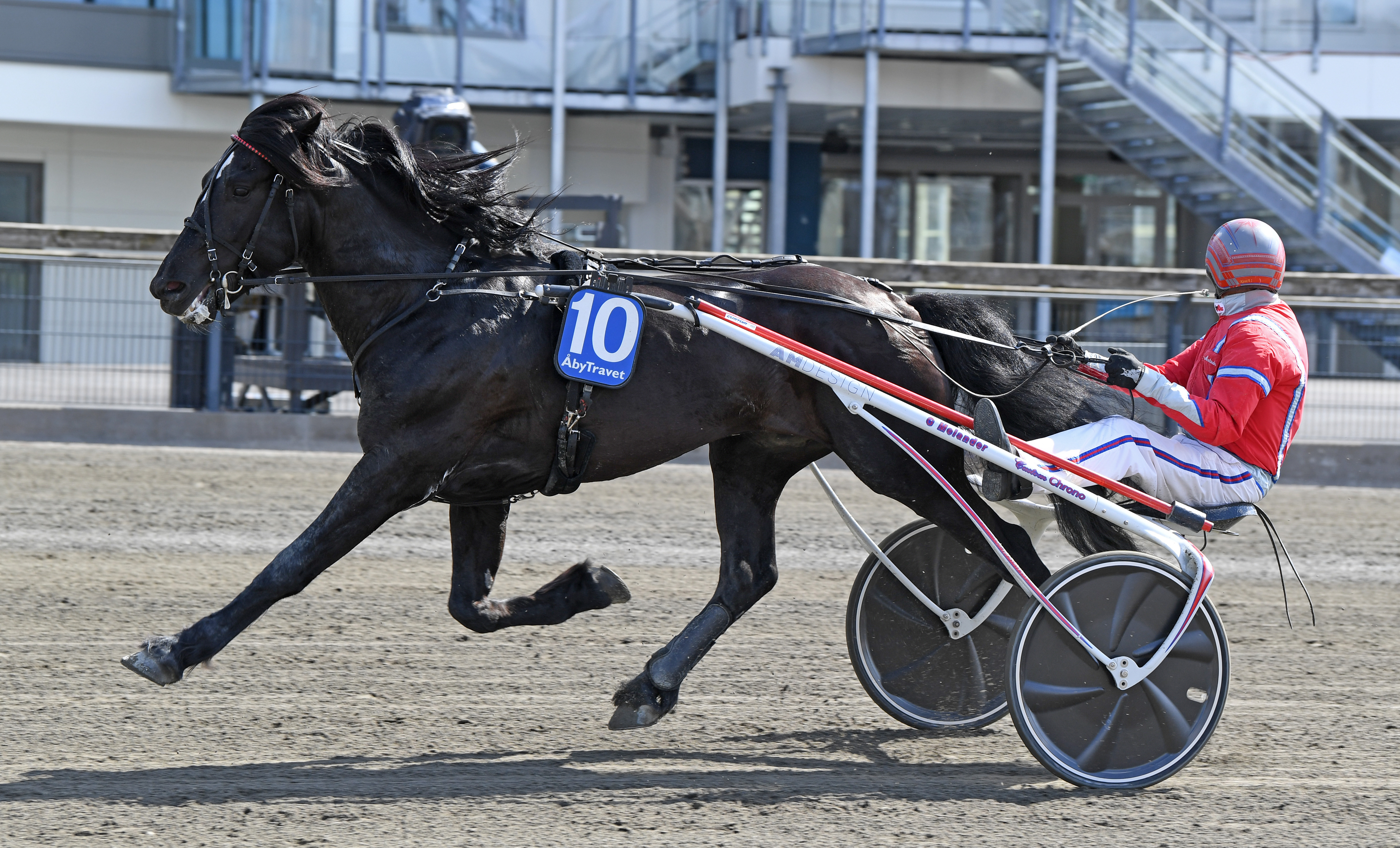 Almost six years ago he won Jacob Mayers Pokalløp with Månprinsen A.M.
On Saturday he hopes to duplicate that feat with the son of 'Prinsen'.
Månlykke A.M. will be the big favorite as V75 travels to Norway this weekend.
"He is fresh and alert and he seems to have benefitted from these last two starts" says Gunnar Melander.

Bjerekebanen in Olso is the host for this week's V75 and it kicks off with a classic, Jacob Mayers Pokalløp. This coldblood race goes way back. It was first raced in 1896 and among the winners over the year we find horses like Atom Vinter, Spikeld, Verner. Järvsöfaks, Moe Odin and also Månprinsen A.M. who won this race back in 2016 together with Gunnar Melander.
"It would be a lot of fun to be able to do it again with his son" says the Bollnäs licensed trainer.
Månlykke A.M. hasn't quite reached the same level as his father just yet, but he is on his way there and he has all the qualities needed to be a part of history as one of the best coldblooded trotters.
"You can't really compare them, they are totally different horses. 'Prinsen' had more of that killer instinct. When he was head to head with a horse I didn't have to drive him, he took care of that himself and he never lost a photo finish. Månlykke also loves to win but he is a bit more laid back and can slow down when he gets lonely out there. So I have to drive accordingly. And Månlykke also has a lot of ability. He maybe hasn't shown as much as 'Prinsen' yet, but he has the ability".
Månlykke has won eight of ten starts so far this year and has gotten two starts after a short break. He last won easily after having taken the lead with 600 meters to go, even if he slowed down significantly at the end, in Verner's race at Solvalla.
"He was good. He got a bit lazy when he was lonely at the end but he was not tired and he felt very good. Everything is well with him after that. He is fresh and alert and he seems to have benefitted from these last two starts".
Seven years young, the horse is still under development.
"Yes, you can say that. It feels like there is a lot of room for improvement. For example, he still races with shoes. I think he can race barefoot next year".

Different start routine does not worry
V75 this week comes with a jackpot and a sole winner with all seven winners picked can win SEK 30 million. As the races are held in Norway, that means the bettors have to remember that whips are not allowed and the Norwegian volt start is different from the Swedish version. Gunnar Melander does not think that will be any problem for Månlykke A.M.
"He will turn the wrong way compared to how we turn in Sweden so he needs to understand when the race starts. But he is clever and I will turn him that way when I score him down. I think he will understand what to do".
To be able to tell his horse when it's time to go, Gunnar will let Månlykke race with pullout earplugs this time.
"He never races with pullouts but he will this time. He had them last time out at Solvalla, but then I waited until after we had crossed the finish line to pull them and it was no problem. When we now have to race without whips, it might be good to be able to pull them if necessary".
Månlykke A.M. will most likely be the big favorite, something that his trainer doesn't mind.
"There are several horses in the race that I don't know and I haven't had the time to study the race yet. But he is good and we make the trip to Norway because we think we can win".
The Saturday start will be the last start of the year for Månlykke A.M.
"We are careful with our horse and it can be hard to train when the temperature goes below zero and when it snows. So we will call it a year after this start and then he will be back on the racetracks in the spring again".
Can we look forward to seeing him race barefoot in Elitkampen on the Elitlopp weekend at Solvalla in May?
"We will let the horse tell us what he is ready for, but we hope to be able to step it up a notch next year. We have been careful with him this year and it feels like he has more within himself".