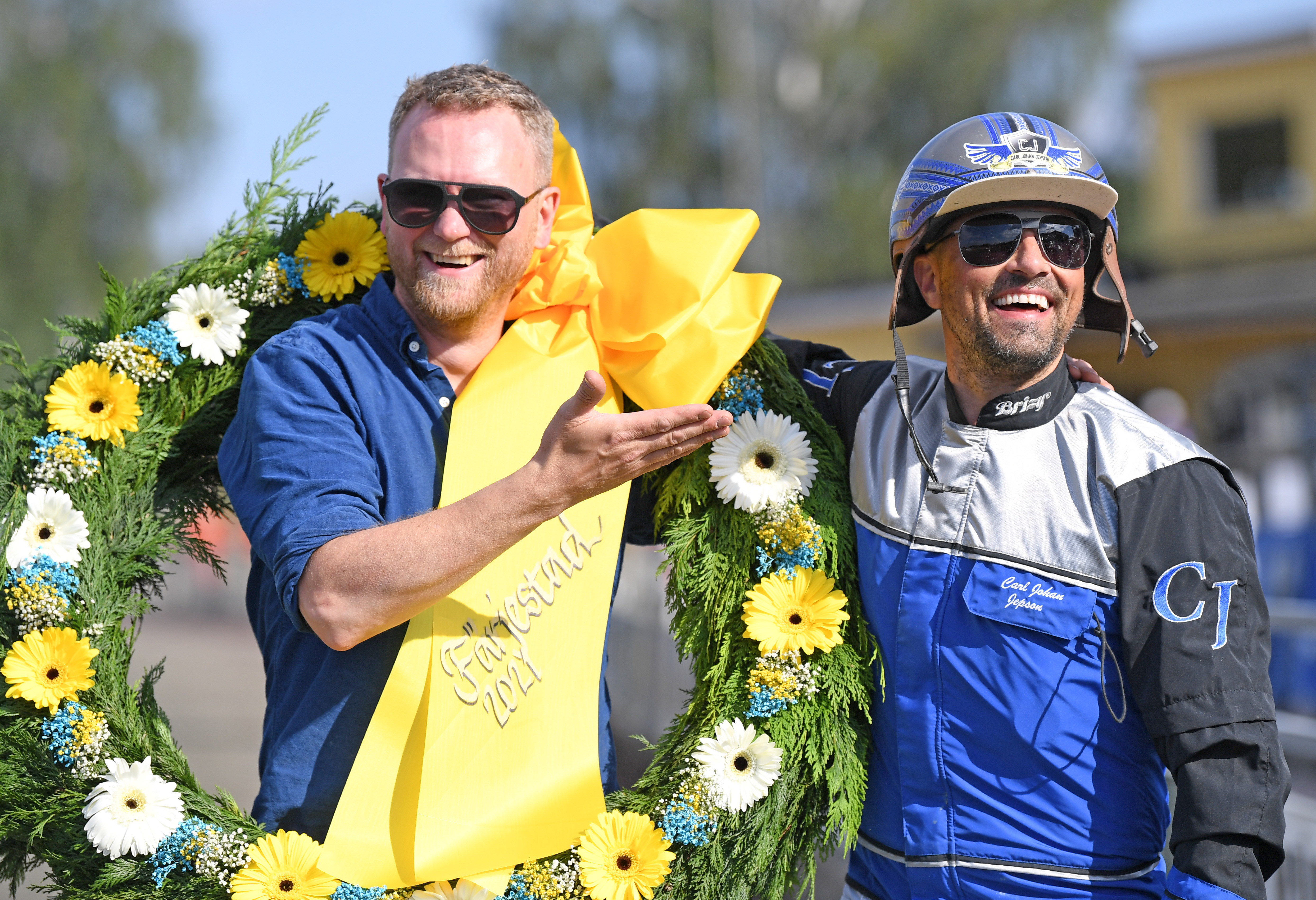 The Oaks final was over just as it had started.
But Christian Persson is not one who dwells on things.
On Sunday he hopes that the jewel of his stable Red Lady Express makes it to another big stake final.

The Breeders Crown semi-finals light up the darkness of the fall as Solvalla hosts Sunday afternoon racing, a race card boosted by V75.
The best three- and four-year-olds are trying to make it through to the final of one of the last big battles of the year.
Åby-licensed trainer Christian Persson has made a name for himself this year. That is thanks to his elegant chestnut filly Red Lady Express who has established herself as one of the top three-year-old fillies in the country. She won an E3-final during the summer and two starts ago she was one of the favorites in the Swedish Trotting Oaks. That adventure was over after just 250 meters, when Red Lady Express made an unfortunate break.
"She started running in when she got to the turn and Erik said he needed a gaiting pole to keep her straight, but things like that happens. She was really good in her last start and was flying through the turn at the exact same place where she made a break in the Oaks, so you never really know beforehand" says Christian and sums it up:
"It was too bad that she made a break of course, but you have to stay positive and I'm happy we made it to a big final. So she made a break, that's how it is with trotters. That's why it felt good when she raced so well last time out and was able to come back with a good effort".

Lost in a photo finish in the European Championships
Her last start was in the European Championship for three-year-olds at her home track on the day of the national championships. Red Lady Express took the lead and stayed there until the very last strides. The French filly Ivensong came up the passing lane, closed rapidly and just got up to win in a photo finish.
"We never really planned to race her there, but since she never got a start in her legs in the Oaks, we decided to enter. I didn't have her extra sharp or anythng like that, but she came up with one heck of an effort even if she got caught just at the wire. I think she will be a few meters better for this start, she feels very good in training".

Believes in third straight stake final
On Sunday, the next big task awaits Red Lady Express who once again gets Carl Johan Jepson in the sulky. The filly will try to qualify for the next big final, the Breeders Crown. The finals are held two weeks later on November 7, in Eskilstuna. The draw was not very fortunate this time, but post position eight behind the gate doesn't seem to bother the trainer too much.
"I think this is one step down in class for her. Of course, you never want to start from post eight, but it is what it is now. I think she is the best filly in the race, so we will see what 'Calle' does in the start. I don't know how many of the others actually want to race in the lead either...She comes out of the gate fast and will get a good position no matter what. I have won with her myself parked outside the leader and I know she's not much fun having on the outside either...I think she should have a good chance to win despite the post position".
After the start on Sunday there is hopefully a final, what happens after that?
"After that she won't race more this year. The goal all year was to race in E3, the Oaks and the Breeders Crown. If we make it to this final, then we have made it to all three which is huge".
So, it is safe assume that you are looking forward to next year with her?
"We absolutely do. Unfortunately she isn't staked to any of the bigger stakes as a four year old, like Stochampionatet or the Mare Derby...but that might be nice for her too, not having to race against the best in all the big finals, that could turn out well too".