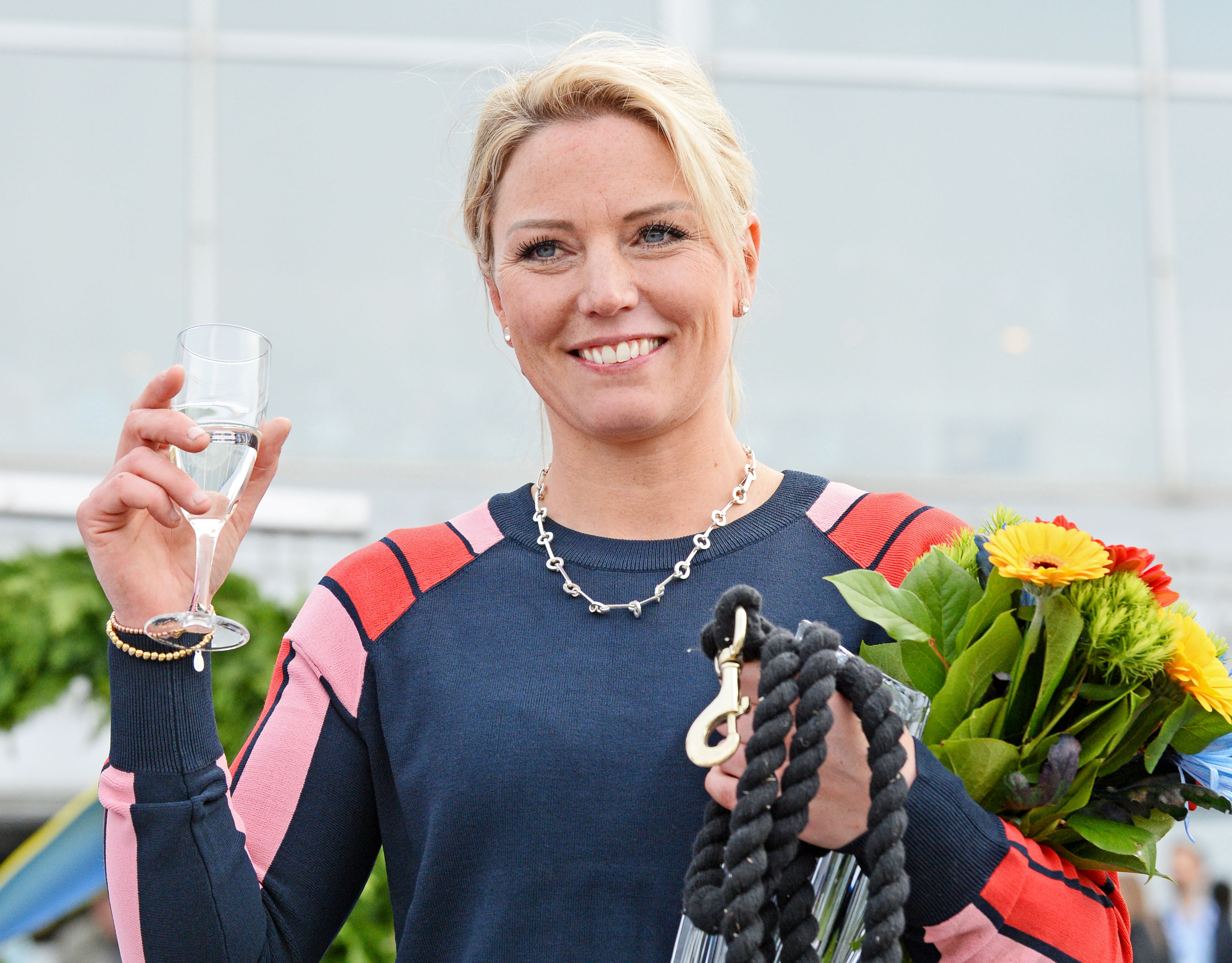 He has been convincing in his last two wins and the conditions look almost ideal on paper.
On Saturday Jaxon V.S. can take his first win in the Swedish Trotting League.
"Of course I think he should go on the V75 ticket" says trainer Sofia Aronsson.

Halmstad's Sprint Championship meet is upon us with V75 both on Thursday and Saturday. The feature and the filly division are both being raced on Thursday night and after a day on the beach Friday in the summer city, it's time for the regular V75 card the following day. That's when Sofia 'Fia' Aronsson could play a major role. The Axevalla trainer has a stable in good form and has won 16 out of 84 starts so far this year – a win in almost every fifth start.
"I'm obviously very pleased with that. I've always had my horses in form in the winter before and in the summer they haven't raced as well. But for some reason, that seems to have changed. There are many reasons for that – the warm weather, the protein in the grass, the right amount of training, picking the right races. Plus I have a bunch of nice horses of course. That is the biggest reason. That and my staff. I have very, very good people working for me and they give 110 percent in every little detail. We all put our heads together and it feels very good right now" says Sofia Aronsson.

The form curve still points upwards
One of those good horses who has contributed to the good result is Jaxon V.S. (V75-4). The five-year-old gelding came to Sofia Aronsson last spring and has won 6 out of 16 starts since.
"Ever since he came he has been a very nice individual and he has progressed in a very good way. The only issue he has had is with a muscle after having been kicked in his rear end when he was with his previous trainer. We had to work a lot on that last winter and that was the reason why he got started so late this year, but I think we have gotten that issue taken care of now".
In his first start back, Jaxon V.S. finished fourth after an inside trip. In his next start he won after being parked outside the leader and in his most recent start, he won easily on the front end.
"Because of the issues he has had, he wasn't pushed too hard before that first start back so he pretty much did what we expected. In his next start he was improved and in his last start he won very easily and wasn't close to being tired according to Stefan (the driver Stefan Persson, writer's note). Everything is good in training after that and I hope he will be further improved. He's a pretty big horse with a big gait and after three starts it feels like his form should be up another notch".

Long distance a plus
Jaxon V.S. goes out in the Swedish Trotting League class I to square off with the opponents. The distance is 2,640 meters and he starts from post position two in this volt start race.
"He is a very versatile horse who races well on both 1,640 meters as well as 2,140 meters but I think 2,640 meters is his best distance. He's incredibly strong. It's a tough field, tougher than he has faced so far this year, but he's a very capable horse and when he is in his right class I think he always has a chance to win. In a tough, even race you always need racing luck and I think he has a good post position that should give him a decent trip. The conditions look good on paper and of course I think he should go on the V75 ticket" says Sofia Aronsson.

"He will soon win a race"
Sofia Aronsson has one more starter on V75, who is also in good form. But Unico Broline (V75-2) has, unlike his stable mate, a not so good post position. He starts in the third tier in the Wången Cup final.
"He has raced well several times without getting a win. He trotted 1:12 on the middle distance two starts in a row before he raced on 1,640 meters for the first time in like a year, in his last start. He trotted all he could the entire race and I think he did well. He will soon win a race but this time he has post position 14 in a youth race. I have a very good horse in good form and the driver (Mats E Djuse) is also very good, but the post position is very tough. It's not easy to win from those post positions when it's summer and sunny and they trot 1:12 upfront, but I still won't be surprised if he ends up on the photo if the pace is right".