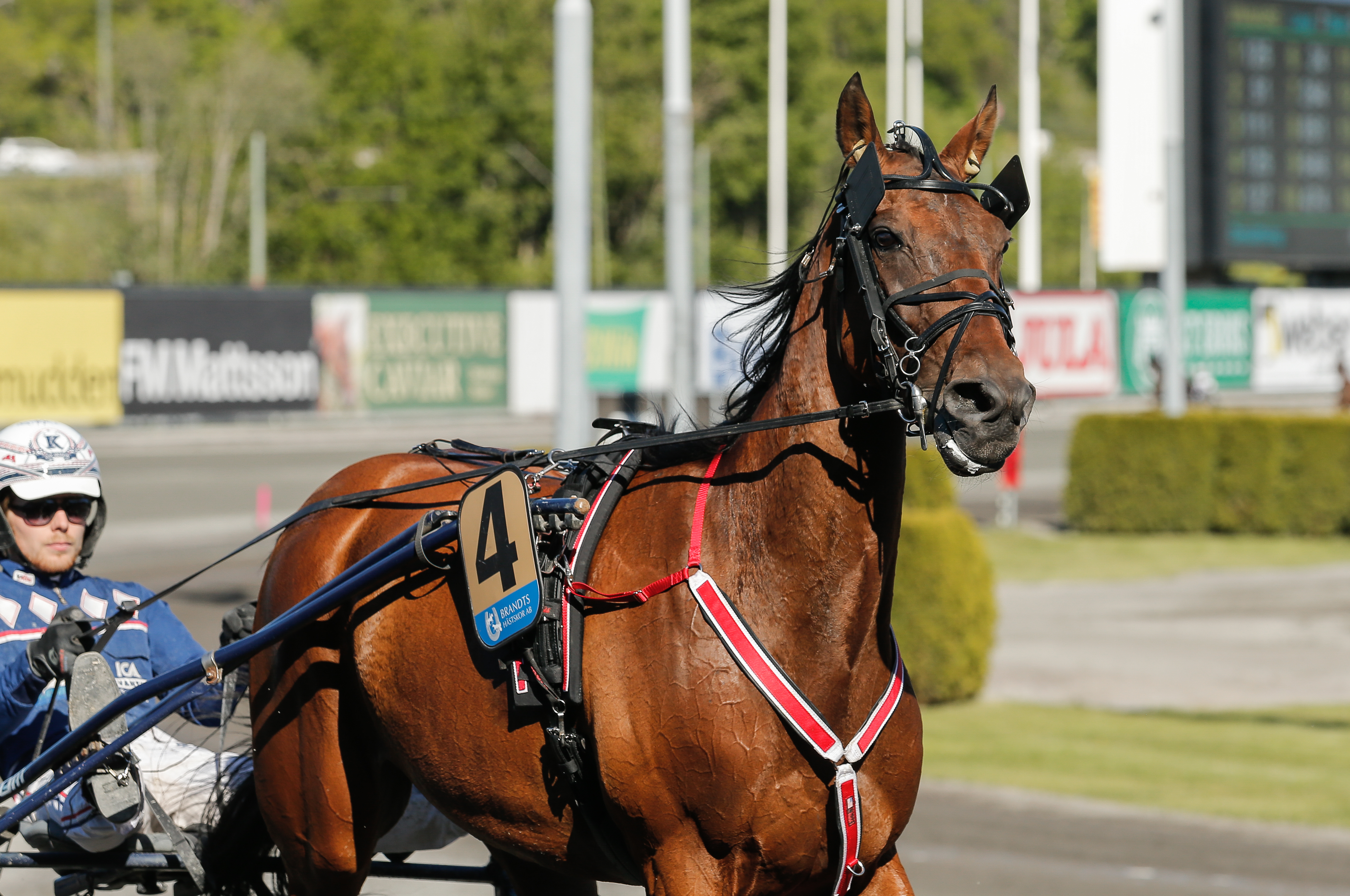 After a successful time in France Wild Love return back home.
On Saturday the Swedish star mare is racing on V75 in the long distance race Harper Haover's race with SEK 1 million to the winner.
"It will be exciting. She has progressed a lot by racing in France" says the Halmstad licenced amateur trainer Bengt Simberg.

The dream to have a horse that can race in France stops at just being a dream for many people. For Bengt Simberg, 72 it has come true and then some. The adventure has exceeded the expectations and Wild Love has won three out of twelve starts and has made over SEK 1 million in France alone. That brings the seven-year-old mare's total career earnings to over SEK 3.6 million.
"I had a feeling that WIld Love would like it in France and it proved to be correct. Grosbois is a fantastic training center and the tracks are so nice and soft. Plus I've been able to put all my time into her".
Wild Love has had a busy race schedule and she has raced well in pretty much every start which has often been against the toughest competition available.
"She has raced well several times but as strange as it might sound, her best effort was probably in her most recent start even if she was disqualified. It was on a bad track where Wild Love set a high pace in the lead and got beat by a horse with a better trip. To win in France you have to be good and she has developed the entire time".
Bengt has gotten good help from fellow Swede Anders Lindqvist — a trainer in France for many years — who has made sure that both Wild Love as well as Bengt himself has enjoyed their time at Grosbois.
"Anders is a wonderful person with lots of connections. There are people coming over all the time to talk and drink coffee. It has been developing even for me and I have learned a lot. When Wild Love came to France she had muscular problems. Anders told me that we will go a little bit faster with her every third day, which I have done and she has found another gear".

Will be a challenge
Wild Love is now back in Sweden again and she is racing already this weekend.
After having stopped at home in Munka-Ljungby for a few days to recharge, it's now off to Solvalla.
"I had a few different options. I would have preferred racing in the mares elite, but didn't get in there. So we chose Harper Hanover's race instead and that will be a challenge. She is strong and she has raced against the boys down in France and has developed a lot so I hope she will do well here too even if the race is very tough. With a perfect trip she could end up in the photo".
The future is also mapped out for Bengt's mare. The plan is to race her here at home in Sweden and later take her back down to France again.
"She is not in any way tired and the plan is to keep racing here in Sweden and there are different options. Then I hope to bring her back to France for the next winter meet and hopefully then we don't have to deal with the pandemic anymore. It limits you a bit and I'm not that used to traveling and I've been held up a couple of times at the airports due to all the certificates. I've only been home for a total of four days since the day we left for France and I hope that next time it will be easier to travel back and forth, even if I've had a wonderful time down there and I want to go back".