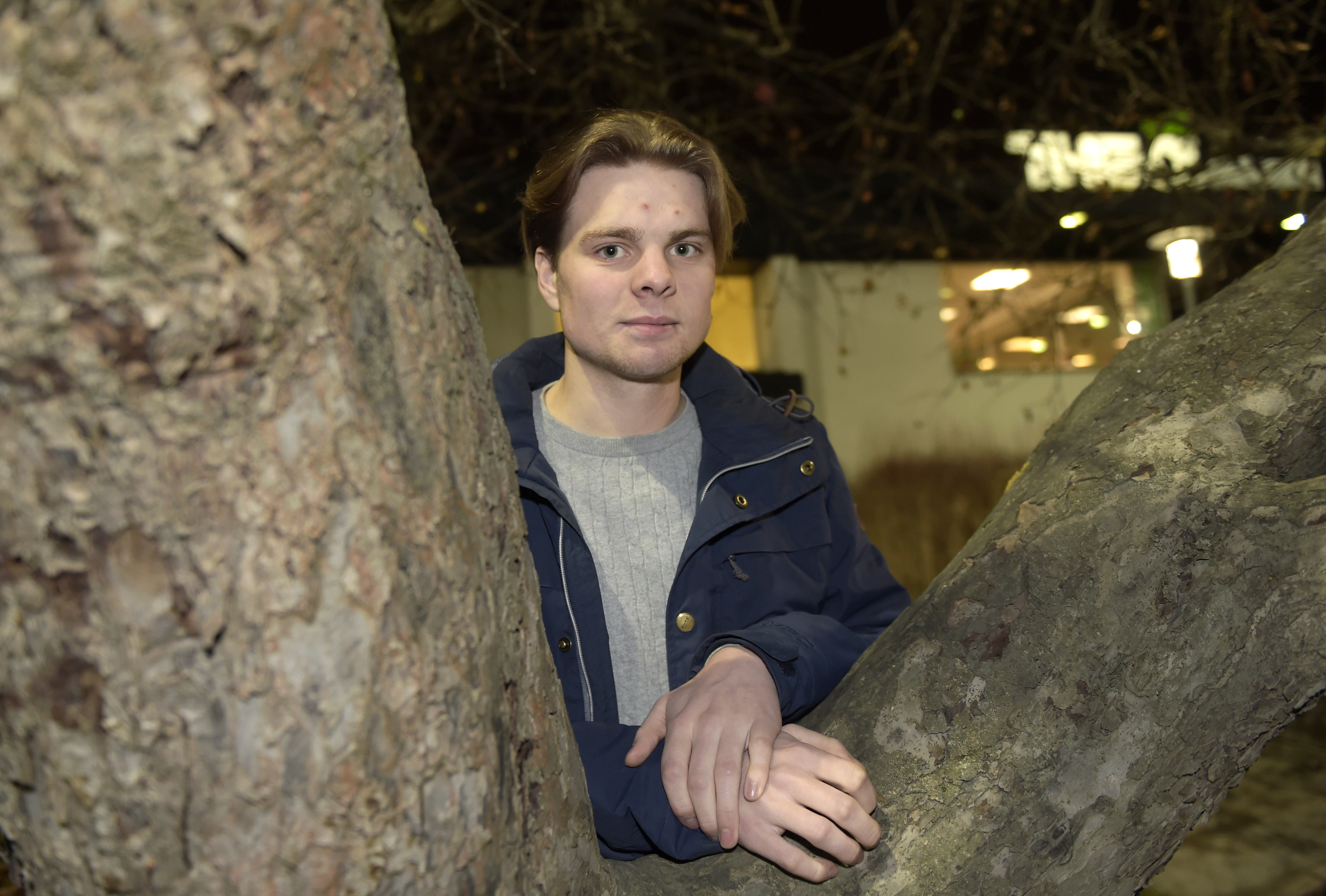 He was born in the 2000s and he's in his last year of high school.
On Saturday Magnus A Djuse will drive five horses on V75®.
"My goal is to become a catch driver once I graduate" says the hottest teen driver in Sweden.

Just the fact that an 18 year old gets to drive five horses on V75® in unique.
Comparing him to the top drivers today that are young enough to have their driving statistics posted online we see that Björn Goop had 89 starts the year he turned 19. Erik Adielsson had 51 starts when he was the same age.
Magnus A Djuse had 150 starts already in 2017, the year he turned 17.
Last year he had 400 starts.
It could have been more.
The only reason it stopped at those numbers was because that's what his specific license limited him to.
400 starts is the limit for a C-license, the regular apprentice license which Djuse currently has.
But probably just for this year.
"I will drive as much as I can this year. If I keep up with the rate I'm currently at I will have around 600 starts" says Djuse which means for next year he would obtain an elite apprentice license - comparable to a catch driver license.
Driving full time is something that Djuse would like to do.
"That's my goal. If I can make a living driving I would love to do so. It depends on how things go".
What's you goal for 2019?
"SEK 5 million in earnings and winning at least three V75 races is my goal".

Would rather be a groom than a trainer
Magnus A Djuse comes from a family of four brothers - all well known as good horsemen. The two older ones Mattias and Martin are both professional trainers and the third brother Mats works for amateur trainer Oscar Berglund and is a successful apprentice driver.
Magnus A Djuse is on his last year at the equine school Wången.
Next step would be working for one of the bigger trainers.
Wouldn't it...?
"No I have no such plans. I have worked for Mattias a bit, other than that I haven't worked for any trainers. Having my own stable has never really applied to me. Now I'm doing well driving so I want to focus on that".
What's so appealing about being a catch driver?
"I enjoy sitting behind horses and driving them in races is even better. Everything that goes on at the track on a race day is a lot of fun".
How big is your interest in trotting overall?
"Huge. I watch all the races I can online".
Do you have a driver you look up to?
"Ulf Ohlsson maybe. He works hard, he drives a lot. He always drives".
Is that how you see your future, to drive over 2,000 races a year?
"Absolutely. I would love to get there".
If you wouldn't be successful as a catch driver, what would you do instead?
"I guess I'd be a groom. I like working with horses, but having my own stable is nothing I strive for".
What do your classmates say about your success?
"They don't say a lot. I don't know how aware they are".
Nobody has mentioned that you're in five V75 races?
"No".
How do you feel about having five drives on a V75 card?
"I've never been close to having that before, so that's huge for me. It will be the most important day of my career so far".
How do you get yourself ready for it?
"No special way. I guess a lot of newspapers will be calling me this week".
You have all your five drives on your 'V75 Expert Picks', are you an optimistic person?
"I would say so. I always believe in the horse I drive".
How many V75 legs will you win this Saturday?
"I hope I can win at least one. Smedsbo Faksen is the one with a really good chance to win. The rest are longshots, but not totally lost. It will be fun".
Don't you get nervous?
"No not now. Maybe as we get closer to raceday. But I usually don't get nervous, so I don't think so".
You've described yourself as 'the most quiet' of all four brothers, do you still think so?
"Yes, I do. The others are very competitive, They can be very hard on themselves when things go badly".
Don't you have to be competitive to be successful?
"No, I don't think so. Of course you must want to win the race you're in and I really do. But I'm not one to pout if I don't win.
Where are you going after you graduate from Wången?
"I don't know. Nothing planned. I'll play it by ear" says Magnus A Djuse.

Here are Magnus A Djuse's comments on his V75 drives:
"7 Special Major (V75-1) is a horse I didn't drive in his last start but I know he wasn't at his best and that he's been treated after that. So his form is a bit of a question mark, I don't know if he's in the same form as when I won V75 with him at Umåker. He can leave pretty well so I hope I can get him to the pylons right away and sit there. Then he usually has a good finish. He usually races in an American sulky but that's up to the trainer since it's 'volt' start this time".
"10 Miss Golden Quick (V75-2) races well every time but she doesn't win that often. She likes the ice tracks where she's raced lately but she's fine on regular tracks too. We'll try to get a stalking trip and hope to make some money, but if everything works to for her she might do even better than that. Same thing for her regarding the bike".
"6 Smedsbo Faksen (V75-4) is a very nice horse and a really nice horse to drive. He's also a gorgeous animal so he's not hard to like. The track was very demanding, so for him to trot 1:24 was very impressive. It was a better effort than what it looks like. Hopefully we can get to the lead, since he leaves very fast. Maybe 1 Storm Odd could hang us out if I don't get a perfect start. But I think he has a good chance".
"11 Whitsun Eve (V75-5) was very good in her last start, must better than before. I don't know why but he gait was much better. I hope she will feel as good on Saturday too. The post position means we need a lot of luck, but she races well from behind too".
"1 Vic de Luxe (V75-6) won easily in his last start when we got to the front. I don't know how fast he can leave in 'volt' start but the trainer says he's better with cover so I'll try to find a good horse to follow. Hopefully a pocket trip. If I can get that, he could be right there even if it's possible that 7 Global Trust is just too good regardless of the trip".