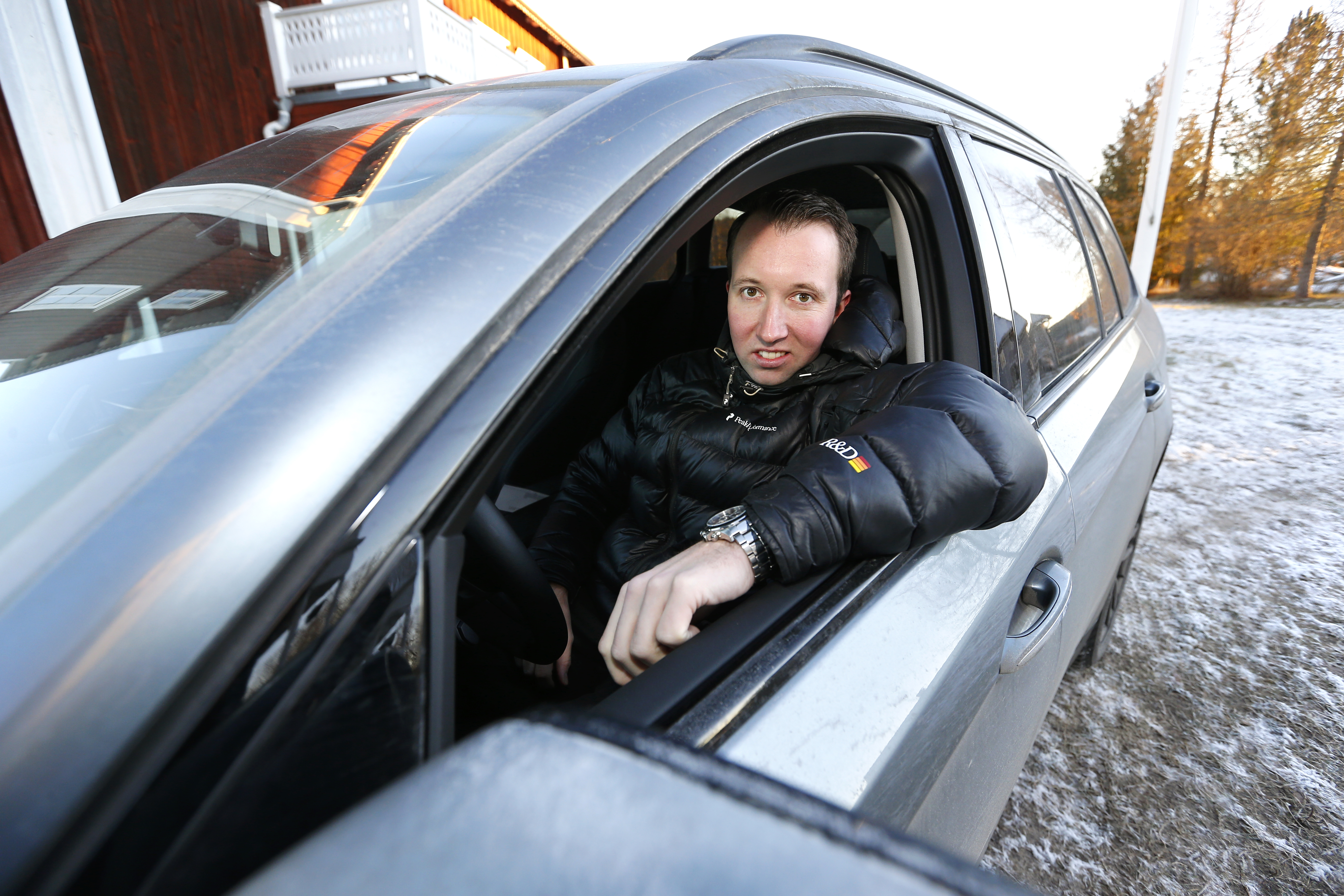 Last year he had his best year by far as a driver with 136 wins and finished eighth in the driver standings in Sweden.
After that successful year Rikard N Skoglund, 29 earned his spot in the prestigious drivers challenge V75® Champions this Saturday.
"It's a lot of fun and it really is huge for me. I have several very good horses to drive and it will be exciting" says Rikard N Skoglund.

The Bergsåker licensed driver made a name for himself last year as a part of the elite drivers in Sweden. Rikard N Skoglund is now an established top driver in Sweden who crushed his previous records last year. He won 136 races and had earnings of SEK 12.3 million. To be compared with 52 wins and SEK 3.5 million in earnings in 2017 and 22 wins in 2016. His success catapulted him to eighth place among the drivers in Sweden and Rikard got to drive for the big stables in Sweden, like Timo Nurmos in Svenska Travkriteriet (Swedish Criterium for three year olds).
Did you even dream about this kind of progress a couple of years ago?
"Well you can dream but it wasn't realistic to see it coming. I've had the chance to drive very nice horses and I love the place where I live, Wolmsta Gård in Sundsvall. All the pieces have come together and I can work and focus on what I want to do 100 percent" says Rikard N Skoglund.
"You're never better than the horse you drive and it takes a long time to build up a big enough clientele so you have enough good chances to actually end up on the top ten list. I'm getting there but it takes a long time when you weren't born with those opportunities".

What were your highlights last year?
"I had as a long term goal to get into the top ten list. I didn't think I would do it already last year so that was very pleasant. I also set as a goal to get to SEK 10 million in earnings and in the end I had SEK 12 million and seven wins on V75®, so it was huge for me".
"I won two big finals at Solvalla and got to drive a lot of bigger races, for Nurmos and others. Mattias Djuse also gave me the chance in the bigger races and I won 'E3-revanchen' with Racing Brodda. So it was fun to get a taste of the bigger races too" says Skoglund.
What do you think you have improved the most as a driver?
"Everything, actually. I've gotten more experience which is very valuable. You need to have some sort of talent and I think we're born with it when it comes to horses and other animals. You have to have a feeling for the animal and I believe I do".
"Tactics and technique are things you have to work on and get better at as you go, it won't come all at once. Some of that will come later with more experience and I have improved on many things. My self confidence has gotten better and I won't let a bad drive bother me".
"I've started off the new year well bit since last year went so well it feels like I'm having bad luck. I'm on track with last year's numbers but you always want to be better and beat your record".

"I want to keep on training horses"
Rikard N Skoglund has a smaller stable of ten horses but the decision to put more energy on his driving career certainly was a good move. But he doesn't want to let go of the training part.
"It's fun training a few horses too, my girlfriend is responsible for them. I don't want to be just a driver even if I put a lot of focus there. The horses in our stable have also improved. We're not trying to get 100 horses in training, we’re focusing on quality. At least enough quality for Bergsåker. I won't quit training horses, this combination is perfect for me" says Rikard.

"Its fun when you reach your goals - now V75 Champions"
The talented driver finished 16th in the V75 drivers standings with seven V75 victories last year. But he’s still driving this Saturday’s prestigious challenge V75 champions at Solvalla since a couple of the drivers can’t make it for different reasons. Rikard moved in as the first also eligible.
“I would have preferred to qualify by myself but there were such small margins so it actually feels like I pretty much did that. I finished 16th and it was a photo finish in the end” he says.
“I had some back luck the last few race days last year and I knew I had to win one more on V75 to be guaranteed a spot in the challenge. I was supposed to drive a horse on V75 at Romme but I forgot to reply to the text message when they asked me to drive and the horse won with another driver instead”.
“I also lost one race in a photo finish and I thought to myself I’ll give it one more chance and went down to Axevalla on New Year’s Eve. I lost in a photo finish there too, to Åke Svanstedt in the last V75 race of the year. I’m really happy I still made it to this challenge when it was so tight for the last five spots. In the beginning of last year it wasn’t my goal to make it to V75 Champions but when I saw I had a chance I made it my goal. It’s fun when you reach your goals” says Rikard N Skoglund.

“Bellfaks is my best chance”
He has six drives on this Saturday’s V75 and he has driven a couple of them before. Here are Rikard’s comments on his best chances.
“Bellfaks (V75-4) is a very nice coldblood with a lot of ability. Last time when Janne won with him on V75, he left well and got a good start. I’ll have to to try to do the same this time since it seems like he races better when he gets involved early. Last time I drove him things didn’t go so well and we sat in the back of the field as the tempo was low”.
“It’s nice to get to drive such a nice horse for Jan-Olov Persson since I drive a lot for him. I saw him train at Hagmyren last week and he looked very good. So he should be in good form and it feels like he’s my best chance on V75 this Saturday” Skoglund says.

What about your other drives?
“Au Gratin (V75-1) raced well when I drove him two starts at Solvalla where he finished third. He was a nice horse who went three wide without cover and it was a good effort. I’m not sure how well he can leave but we’ll give it a try”.
“Undazzled Eyes (V75-5) is a horse I’ve never driven before but I’ve driven a lot of horse for Jörgen Westholm and last year he was one of the trainers I drove for the most. I like driving his horses, they’re always well prepared and I always get good info before a race. So I don’t think he would race this horse on V75 if he wasn’t in good shape”.
“Unique Findings (V75-6) is another horse I’ve never driven but I’ve seen him win in his last two starts and he’s been very good. Daniel Wäjersten has nice horses and he’s a good trainer who I’ve won races for before. The way the horse has looked lately I think he should have a chance here too”.
“Havbergs Knight (V75-7) is a very nice horse with two straight wins and I saw him win in his last start at Romme. He’s very good for the class and this looks interesting. He can leave fast and I can just send him out of the gate” says Rikard N Skoglund.