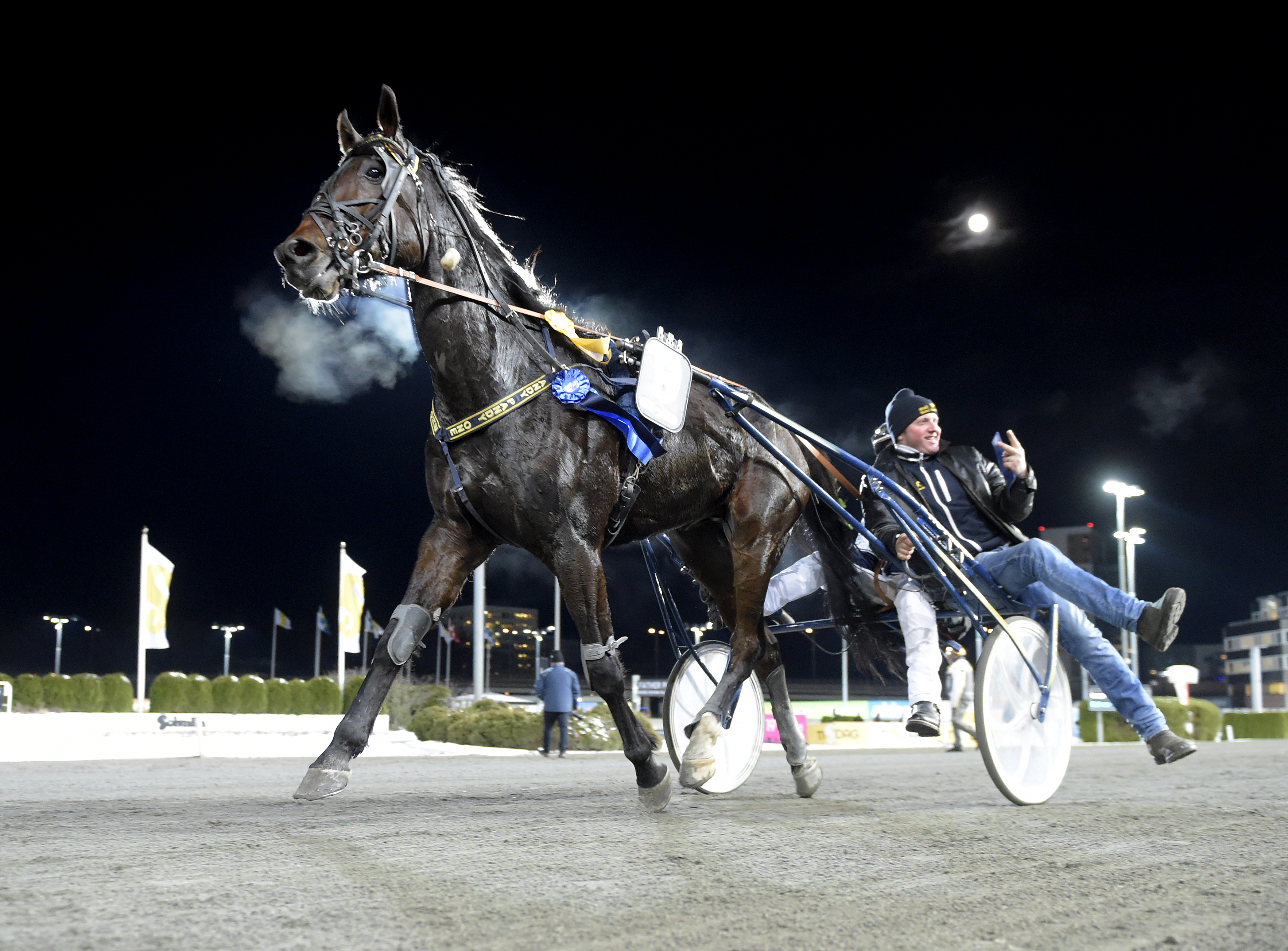 He hasn't been worse than third all winter and he's won four out of his last eight starts.
On Sunday Andy Pandy One is one of the best chances for the home team when V75® comes to Sundbyholm racetrack.
"I'm pleased with him, he feels awesome" says trainer Mats L Andersson.

The Eskilstuna licensed trainer is sending out three horses on V75® at his home track this Sunday.
His best chance according to himself is Andy Pandy One (V75-6).
The six year old was sporting three wins in a row until his last start where he got locked in and finished third, climbing over horses.
"He left well but when I couldn't make it to the lead I chose to sit behind the leader instead of sitting on the outside and we never got out. I never pulled the earplugs and his heart rate was low after the race, so I think he would have finished very well if he had gotten out in the last turn" says Mats L Andersson who is very happy with what his horse has done this winter.
Eight starts since last November has resulted in four wins, two seconds and two thirds. Back in January the horse won for the first time on V75.
"It feels like he's found another gear this winter. He's finished every race in hand and hasn't gone all out since he was third from outside the leader on V75 back in December. He's crossed the wire with full speed and finished strongly in every start".

Feels great in training
The post position draw for Sunday wasn't to Andy Pandy One's advantage. You don't win that often starting from post eleven behind the gate. But Mats L Andersson hasn't given up.
"I think his form is still there. He feels great in training. The post position is worse this time and he's in against pretty good horses. We'll need some luck but I will have to take a chance and leave a little bit for position and if I can find a good one to follow I know he'll finish well. He should be on the V75 ticket but he shouldn't be singled out this time".
Since we're in the month of March it's allowed to race barefoot again. Something that will help Andy Pandy One.
"If the track is good on Sunday, he'll race barefoot. Maybe on all four, but barefoot upfront for sure. That's an advantage for him since he doesn't have a lot of knee action".

Hoping for the lead
Matrix Again (V75-4) doesn't look as good as his stable mate if you look at his past performances but he's also a talented horse when he's on his game.
"He's better than what the program says. But he's a strange and complicated horse to drive, so it helps that the driver knows him from earlier. In his last start he started going sideways and made a break right after the start but made a good came back after that".
"I'm happy with the way he trains and I'd like to see him in the lead here. If he can step out of there well enough to make the lead, then I think he'll do well. He has talent and i wouldn't be totally surprised if he ends up in the photo. I really want to try him with a pull down bridle soon, but most likely no changes for this start".

"Maybe he could be top three"
Medallion (V75-5) is the one that Mats L Andersson says has the smallest chance to win. He only has one career win but he's finished top three in 11 of the 32 starts he's made so far.
"He makes his money. Now he's got three not so good results in a row. In his last start he got to close to the horse in front of him and made a break, but in the starts before that he showed pretty good form. I don't think he will go around this field to win but he feels good in training and maybe he could be top three. He will race barefoot in some way and that's a plus for him".