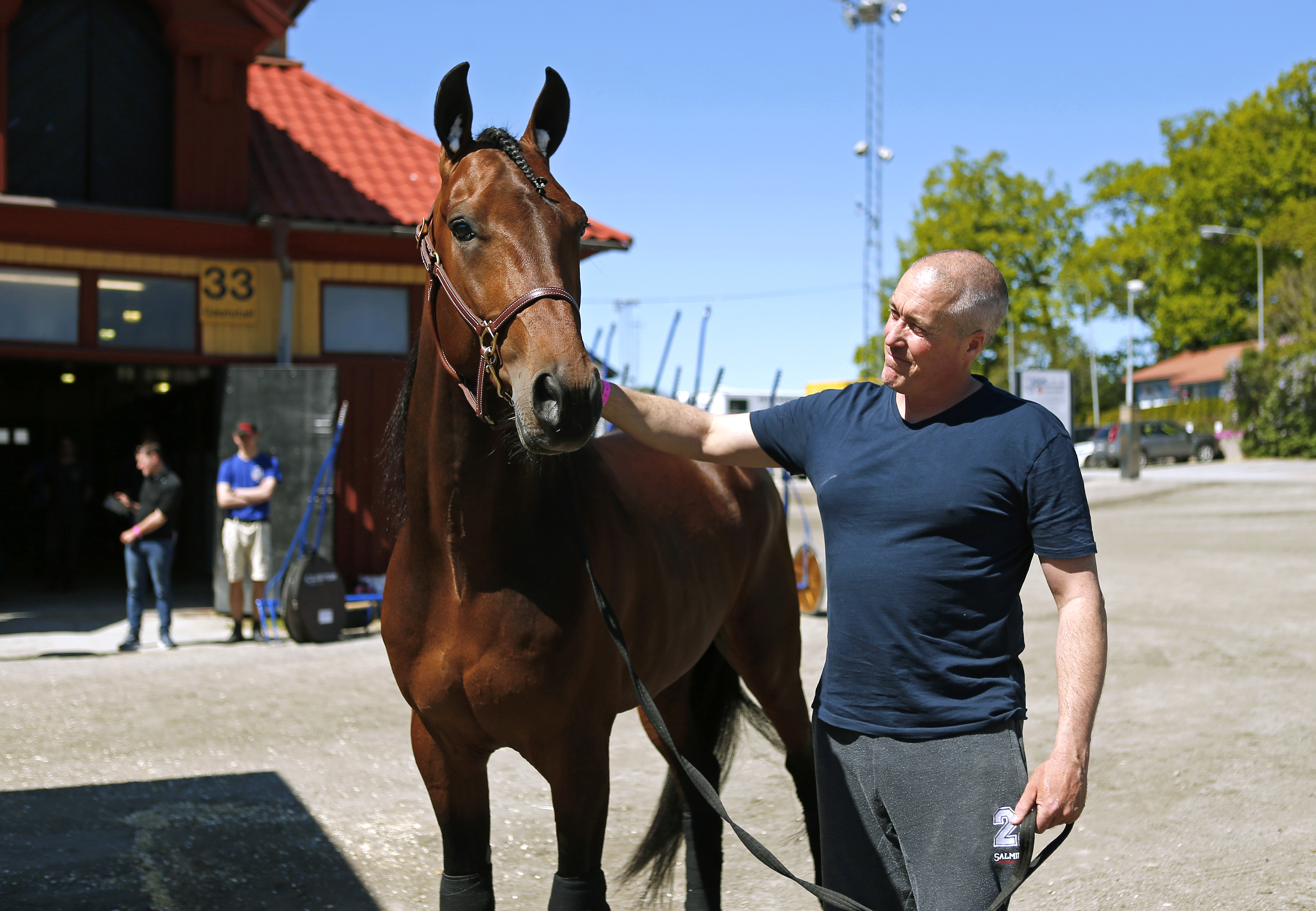 After a sharp effort in his last start, he is ready for V75.
Tabasco C.D. travels 700 kilometers one way to race in the Silver division at Hagmyren.
"We always believe we have a chance with this horse" says trainer Stefan Granlund.

Kalmar licensed trainer Stefan Granlund has a poster boy in five-year-old 9 Tabasco C.D. (V75-1). As a three-year-old, he earned over SEK 500,000, and last year as a four-year-old, he won a Breeders Crown leg and competed in the Swedish Trotting Derby eliminations.
Lately, Tabasco C.D. has looked brilliant and he has trotted in 1:11 or better in four straight starts on the short distance. In his last start, at Örebro he became a millionaire when he beat the leading favorite Chapuy after a sharp finish.
"He feels very good right now and the post position doesn't have to be that bad as he has a very quick horse to follow (2 Morotai Degato), so he can get a good trip from there. He showed in his last start that he is in good form and he feels sounder now, I think he gets better and better with every start. It bodes well for the future and I am very pleased. It looks like he will race barefoot behind this time too, but that depends on the track. If not, he races almost as well with shoes on too" says Stefan Granlund.

The long trip is no problem
Granlund, licensed at Kalmartravet, makes a long trip with the star of his stable. He has to travel over 700 kilometers one way to race at Hagmyren racetrack, just outside Hudiksvall, this Saturday. But that doesn't bother him.
"No, we just go. I love sitting in the truck with this horse. We go with expectations, of course, if not you can't keep doing this. We always believe we have a chance with this horse.
On Saturday Björn Goop takes the reins behind Tabasco C.D. And he might get to drive him more in the future. There are plans of racing the horse in France this coming winter.
"Yes, we will see if we try racing him in France this coming winter. There are some fitting races there during their winter meet that we would like to try him in. But we will see how he gets out of the race on Saturday first and then we will come up with a plan after that".

What are the plans for the near future with him, could he race in Jubileumspokalen even?
"Jubileumspokalen is a possibility, but the question is if he will get in there. There are V75 finals the weekend before that at Åby also, and it would be too bad to miss the chance of racing for the first prize of SEK 220,000 if we would qualify for that final now on Saturday".